City Harvest Church celebrates 25 years of ministry over a weekend packed with worship and gratitude. 2014 marks the 25th year of City Harvest Church, made all the more meaningful in the light of the trial that its leaders are currently going through. In spite of the challenging times, the church has shown resilience and spirit as it carries out its ongoing services and ministry to God week after week. Held over Aug 26 to 27, the silver anniversary celebrations kicked off with the church’s co-founder and executive director, Sun Ho, accompanied by 25 cajon players, leading the congregation in a song aptly titled, “Alive”. Written by Kim Walker-Smith, the song speaks of having the resurrection power of the Lord Jesus Christ. Next up was Mark Kwan, creative director of CHC, leading in a self-composed song for the occasion, “You Love Me Like A Rock”.

Glimpses: Jesus For All Minds

Glimpses is a regular series of videos produced by CHC’s media team that usually features members and cell groups. For the anniversary, Glimpses featured Jesus for All Minds, or JAMs, a ministry for the intellectually-disabled. In 1995, CHC’s founder and senior pastor, Kong Hee, received a vision to build a “Church Without Walls,” taking the love of God outside the four walls of the church. Ministries to the elderly, children, at-risk youth and the intellectually-disabled were started. The following year, church staff member Lily Yong was tasked to oversee a group of four people with special needs. Fresh out of Bible school, with no experience, God used Yong and her team to reach out to the intellectually-disabled with His love. Today, the JAMs staff and volunteers minister the love of Christ to more than 400 people with special needs.

Malcolm, 13, was diagnosed with developmental delay when he was young. At 8, he developed muscular dystrophy and had to be carried or pushed around on a wheelchair. Doctors told his grandmother and sole caregiver, Yip Kwai Sim, that he would be completely bedridden by the age of 18.

After his mother walked out on him as a baby, life has been tough on Yip and Malcolm. However, since attending JAMs nine years ago, Malcolm has slowly come out of his shy and reserved shell to become a happier boy today. In the video, Yip expressed her gratitude for the practical help and love that have been shown to them by Yong and the JAMs volunteers.

The video also featured another JAMs church member, Su Xian, who almost lost her life when a blood vessel in her brain burst. The JAMs volunteers prayed fervently for God to heal her. After five and a half months of therapy, Su Xian was back on her feet and worshiping God once again at JAMs church. In a departure from the usual service format, a special item entitled “Masterpiece” began. On the screens, the congregation watched the history of CHC from present day going back to its beginnings. As it ended, in cycled Yong Te-Chong, a pastor in the church and one of Kong’s first disciples in the ministry. With a guitar on his back, Yong cycled around the arena, followed by a total of 25 cyclists each with a guitar on his back. This was a picture of Kong at the start of his ministry, cycling from one place to another with a guitar on his back, holding Bible study lessons for members, and giving tuition classes to support the ministry.

Long-time members of the church and pastors of affiliate churches stood at different parts of the hall and stage, each one sharing a personal account of how Kong had preached a sermon, given advice or taught a principle that has helped them live out their lives to the fullness, in their calling in Christ. There was not a dry eye in the hall as each one attributed their development to Kong and thanked him for living out all the Biblical principles that he had taught the church. It was a testament to how one man’s willingness to obey the call of God has had such a ripple effect that continues to this day. 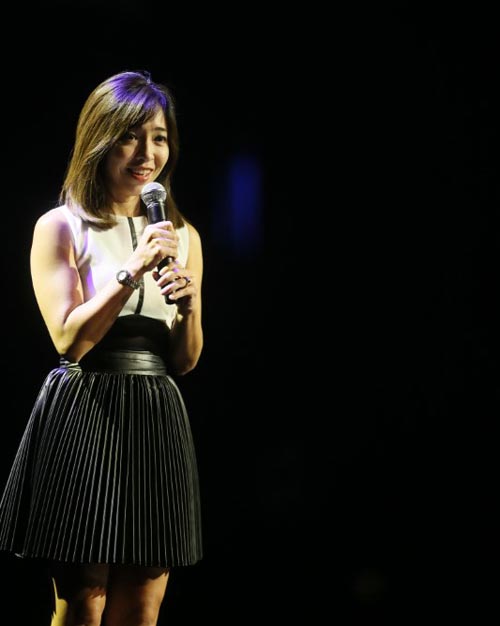 When the time came for Kong to deliver the sermon, the man of God was visibly teary. He thanked his wife and the church for standing by the church and working hard to further the work of God.

Citing CHC as an example, Kong pointed out that although the church is very modern and sophisticated outwardly, it carries a spirit that is different from the world, one that is spiritual and holy. Sharing from 2 Kings 18, verses 13 and 26 from the Bible, Kong taught on the importance of being like the men whom King Hezekiah sent to negotiate with the enemy on the wall. These men were bilingual, speaking both Aramaic (language of the world) and Hebrew (Godly language). 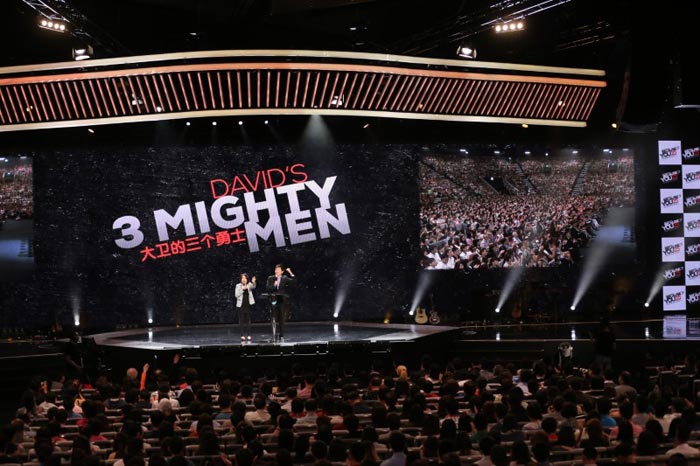 On Sunday, Kong shared from 2 Sam 23. In that chapter, David expressed his craving for the water from a well in Bethlehem, which was under enemy siege at that time. There were three men who served David faithfully, and when they overheard David’s wish, they fought and broke through the enemy lines just to get a drink of that water for David.

Drawing a parallel from the story to CHC, Kong likened David to the Lord Jesus Christ, and the three mighty men to the many members of the church who have laid their lives down for Christ. “When I think of this church, it is filled with many mighty men and women of God. Many of you have set aside your own dreams and plans for your lives, in order to be involved in this revival,” said Kong. He recounted the milestones that the church has achieved together—Church Without Walls, the establishing of City Harvest Community Services Association, building the church’s Jurong West premises debt-free, securing Suntec Singapore, embarking on the Crossover Project, multiple mission trips to China and throughout Asia, bringing medical relief to disaster stricken areas, Asia Conference, Emerge youth movement that have gone forth from CHC to other countries, and much more. Kong expressed his heartfelt gratitude to all the people who had made the journey possible. To the pioneers of CHC, Kong said, “Thank you for being with me then, when I had nothing. And thank you for being with me now when I look like I may lose everything.”

At the close of the message, Kong reminded the church of the vision that God has planted in CHC from the start. “God will raise up a generation that will change the world for Jesus Christ,” said Kong. “We want to be mighty for our David, who is the Lord and Savior Jesus Christ. For Him we will do anything!”

God’s faithfulness to CHC is evident: in the last quarter of a century, the church has developed a wide network of affiliate churches, Bible Schools, and is constantly working with hundreds of churches worldwide all year, every year. To the church, it is by God’s grace that it continues to live out its call, and to look forward to the next 25 years of ministry.