Unsold albums and lack of mention about personal guarantee by Wahju Hanafi formed the main points of the prosecution’s cross-examination of John Lam this afternoon. 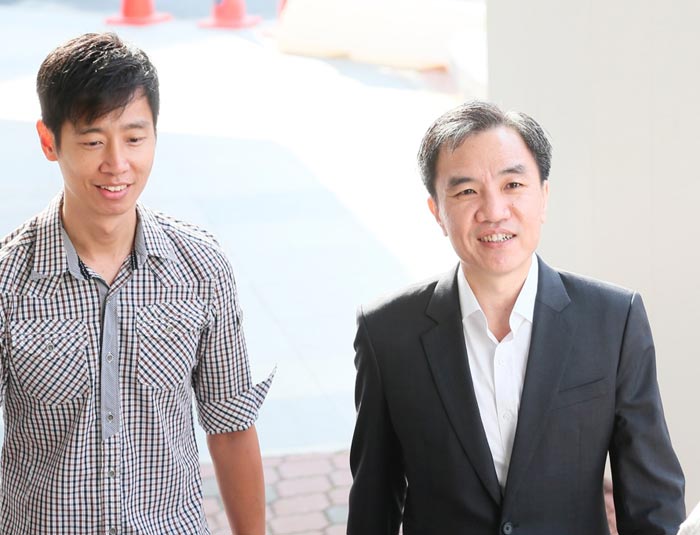 In his examination-in-chief last month, John Lam told the court his rationale for agreeing to the funding of the Crossover Project through the Xtron bonds.

Firstly, he understood that Sun Ho had enjoyed a good track record as a pop artiste through her Mandarin album releases, and that he was confident his pastor, Kong Hee, would not fail in such an important mission.

On top of that, he was assured by businessman Wahju Hanafi’s personal guarantee to underwrite any losses incurred by Xtron in the Crossover Project.

Through email exchanges that showed several of the accused discussing the church’s plans to buy over 32,000 unsold Mandarin albums of Sun Ho costing over half a million dollars, Chionh pointed out that Lam, as the director of Attributes at the time (which was managing Ho’s music career before Xtron took over), should have known that Ho’s music career was not doing as well as he was made to understand.

In addition, she attempted to cast doubt on the existence of the personal guarantee by pointing out the absence of any mention about Hanafi’s personal guarantee in meetings with auditor Sim Guan Seng, members of the church’s investment committee and third party valuer Censere.

Asserting that he needed to “find explanations” as to why he agreed to invest the church’s monies into junk bonds, she reiterated the prosecution’s stand that the bonds were a sham device used to move church funds into the Crossover Project.

Earlier on, Chionh alleged that Lam was trying to hide the “real purpose” for which Xtron was set up from the authorities because he was concerned that they would question the legitimacy of its transactions with the church.

Lam had told the CAD that Xtron was formed to allow church members to do audio, visual and lighting (AVL) works. To COC, he had explained said that Xtron’s purpose was to manage Ho’s music career.

Lam explained to the court that the two did not contradict each other, that the difference in his answer was due to the timeline; while AVL works were what Xtron was initially set up to perform, the Crossover Project took precedence when it was appointed as Ho’s artiste manager in 2003.

Court resumes tomorrow morning at 9.30 am.