For two decades, City Harvest Church’s School of Theology has been raising up a generation of trained workers from across the world, for the kingdom of God. 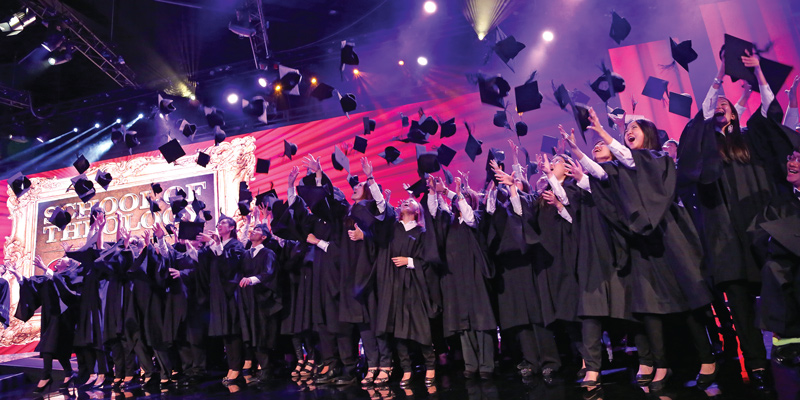 In 1994, exactly 20 years ago, the seed for starting a Bible school was planted in the heart of CHC’s senior pastor, Kong Hee. At that time, there was a lack of charismatic, Spirit-filled Pentecostal and Evangelical Bible schools. Thus, recognizing a need to educate, empower and lift the level of the church staff’s theological training, Kong started the City Harvest Bible Training Centre (CHBTC) with a pioneer batch of 29 students, most of who were staff members of the church.

Kong’s vision for CHC was to raise up a new generation of believers who would impact the nations for Jesus, plant churches with members who are full of faith and filled with the Holy Spirit. As he explains on the School’s website: “God wants to move through local churches to bring revival and blessing to the world; hence, our desire is to see strong local churches built to fulfil God’s plan. That is the heartbeat of SOT. We long to see not just more workers sent out to fulfil God’s purposes, but ‘trained’ workers, deployed to be carriers of God’s Spirit wherever they go.”

In 1996, CHBTC took on its first batch of international students. The focus of the school became missions-oriented, in line with CHC’s Church Without Walls movement at that time. The idea behind Church Without Walls was to bring the Gospel beyond the four walls of the church. Concurrently, CHBTC officially changed its name to School Of Theology (SOT).

SOT’s Dean of Students, Bobby Chaw, explains to City News Weekly, “Increasingly, students were looking for practical theology, which involves the translation of theology into the how-tos of church-building.”  Academic subjects such as church history were replaced by deeper, practical teaching, to equip the SOT students to become effective ministers through knowledge of conducting deliverance, applying discipleship, moving in the gifts of the Holy Spirit, homiletics, and pastoral skills.

The duration of each intake was also gradually reduced from two years to a six-month course, due to factors such as affordability for foreign students, and for the local students, in consideration for work/ leave arrangements.

To date, the syllabus comprises 17 topics, which provides an all-rounded training for effective ministry. Additionally, students are required to attend cell group meetings and weekend services, and serve in a ministry for a minimum of three hours a week. This allows the students to be fully immersed in the culture of CHC. International students are given the option to serve in any five out of 37 ministries, affording them greater exposure to various ministries and thus more learning points to implement back in their home church.

Students are also strongly encouraged to participate in at least one mission trip during the course. Mission trips are often the most challenging, but also the most fulfilling part of a student’s journey at SOT. For many, it would be their first time ministering in church, praying for the sick and seeing miracles happen.

One of them, a 2006 graduate, Pastor Daniel Lau of City Light Church, Penang, says, “One of the things I have captured is that a life of consecration to God should be the purpose and power of our ministry. This has helped me to serve God even in challenging times. I was very impacted by the excellence of the church, which was evidently consistent in every ministry that I joined. I was determined to bring back the same DNA to my home church because we serve an excellent God!”

In 2010, Lau started City Light Church with six college students. Implementing teachings he learned from SOT such as managing cell group systems, bible study curriculums and drama productions, the church has been able to reach many young people in Penang. Hundreds of them have attended the church’s events and given their lives to God.

Lau also taught his church the principle of how people “don’t care how much you know, until they know how much you care”, and how “relationship precedes ministry.” They are now reaching out to students from eight colleges and universities in the city; some campuses have experienced tremendous revival.

STORIES FROM THE DEAN

“One of the main concerns I have as the size of the student intake grows is how to maintain a healthy teacher-student interface time,” says Chaw of the evolving challenges of running SOT. The first intake was 29 students and the number has grown more than tenfold. “As much as we want to have more students to be trained, we are also keeping in mind that we want to give each student sufficient time to connect with their teachers.”

When asked what keeps his passion strong, Chaw shares that the secret lies in the fresh revelation he receives whenever he teaches the curriculum. Seeing the growth of the students every year also serves as a big encouragement to the SOT team. One such example of growth can be clearly seen in the SOT praise and worship team each year, which is selected from among the student body. Says Chaw, “When the praise and worship team first starts leading the school every morning, their skills and confidence may not be that high. However, by the end of the six-month course, they are able to stand on stage and lead an 8,000 strong crowd into the presence of God—that is a major improvement and growth, honed through the six months of practice in SOT.”

Chaw goes on to share a memorable healing testimony of one SOT graduate, Tao Guo Peng. Guo suffered from a rare and complicated heart condition, and had to go through months of treatment, but he never stopped having faith in God. Many fellow students and friends kept Tao in prayer constantly via a prayer chain. Just moments before a critical heart operation, for which doctors estimated a mere 20 percent chance of survival, Tao told Chaw, “My entire life is entrusted to God.”

During the operation, Tao experienced moments of consciousness where he could hear the sounds of activity in the theatre, although he was not feeling any pain. At one moment, he heard an electronic flatline, indicating that his heart had stopped beating. He slipped back to unconsciousness as he heard the doctors stating that he was gone. Against all odds, Tao awoke in his hospital bed the next day—he had survived the operation. Later on, he attributed his recovery to the Word of God which pulled him back from the brink of death.

Chaw’s vision for SOT in the next five years is to expand its international influence. He says, “I believe that internationally, and especially in our region, SOT and CHC have a part to play in growing the Church of Jesus Christ. I feel that God has deposited something into our church, and we have to be faithful stewards to impart this to the body of Christ, outside the four walls of our church.” Chaw hopes that SOT will become a “missions center” in Asia.

To celebrate its 20th anniversary, SOT just hosted its first ever Homecoming Service, where SOT alumni from all over the world gathered for a grand reunion. Its main purpose was to engage former students in a time of fellowship and refreshing, to catch a fresh vision and be empowered to continue running the race for the Kingdom.

Chaw shares, “During SOT, students constantly dwell in an environment of prayer, praise and worship. They are often very ‘on fire.’ However, things can be very different and much more difficult back home. Through this Homecoming Service, we hoped to encourage the students, especially the international students, to renew their fire and vision for God.”

THE FRUIT OF SOT 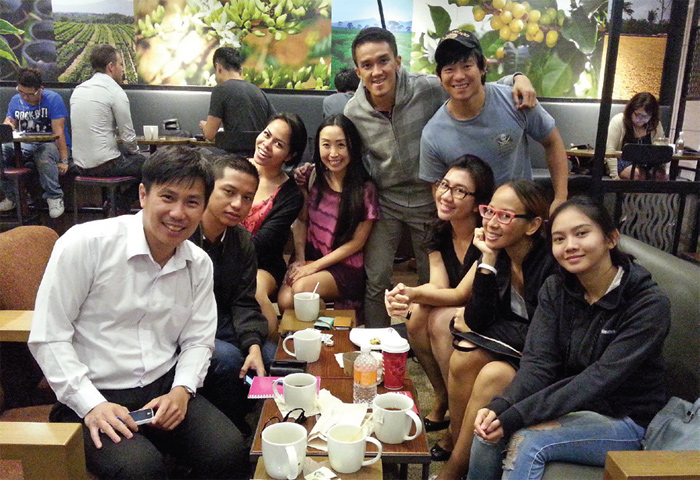 Indonesian Dimas Wibisono graduated from City Harvest Church’s School of Theology in 2010. Upon graduation, he applied what he had learned in SOT, and started reaching out to drug addicts in his hometown, Jakarta, by extending unconditional friendship and love. In time, as the relationships grew, Wibisono began to share testimonies, Biblical values and the love of Christ.

Explaining his motivation, Wibisono says, “Through SOT, I have been transformed, having experienced Jesus and His love. I wanted to share this good news, the love of Christ, in my hometown.”

For his faith, Wibisono suffered opposition from those who refused to believe that Jesus loves outcasts. However, he remained unfazed, believing in the promise of God’s love as written in the Bible.

Recounting the story of how he helped a close friend, who suffered drug addiction, walk through a difficult period in his life, Wibisono became to that friend a pillar of encouragement and a personal intercessor. He also shared with his friend his personal testimony of how God brought peace to him during his lowest point. In time, his friend opened up to the Lord and is today a successful lawyer, known for his integrity, an inspiration to many, and an example of Christ in culture.

Says Wibisono, “I believe acceptance and unconditional love are the keys to transforming a person’s life, because God is love, and where there is love, the power of God works.”