During cross-examination, the DPP questioned Lam on the board’s decision to seek out Foong’s advice instead of the engagement partner of Baker Tilly. 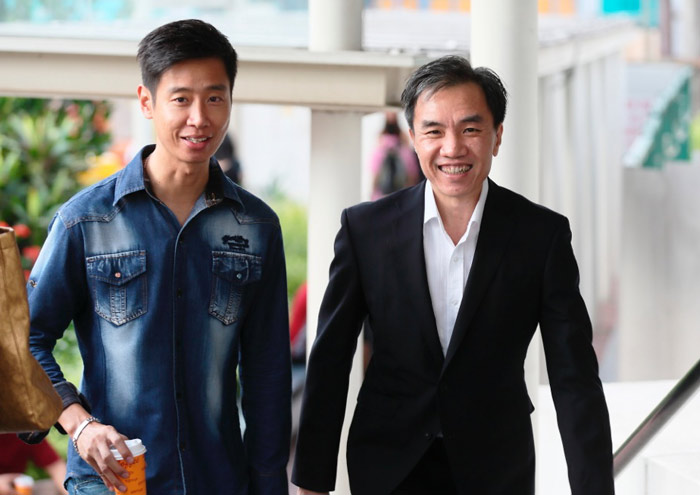 In an Oct 2007 email to Baker Tilly’s audit team—engagement partner Tiang Yii and audit manager Foong Ai Fang—defendant Serina Wee said that Foong Daw Ching, the managing partner of Baker Tilly, had directed her to them when she approached him with some audit issues.

Using this as an example, deputy public prosecutor Mavis Chionh, tried hard in court this morning to protect the prosecution’s case theory that the City Harvest team should have relied on the advice of the engagement partner instead of the managing partner.

Lam explained that if the CEO of a firm had someone to go to the CFO with his questions, it does not mean that the CEO do not have the final say, it just means that he is delegating the question to the CFO. In the same way, he felt that Foong was just delegating the task to Tiang and Ai Fang.

Lam further added that if he were to speak with both the managing and engagement partner, the managing partner’s view would prevail in the end.

He clarified that when he, in the course of his daily work, engages a firm to conduct an audit, he would be looking for the firm to give him advice and it does not matter who in the firm made the decision.

The DPP also pointed out that all the audit personnel had given their testimony on the stand that the engagement partner has the final say in the audit matters. She submitted that Lam was insisting that the managing partner’s view would prevail, so that he could use it as an excuse for seeking advice of the managing partner when he knew that he was not supposed to.

Chionh also tried to establish that Lam was more than an ordinary volunteer that “popped in and out” of the transactions, as stated by Senior Counsel Kenneth Tan, Lam’s defense lawyer earlier this week. She brought up a list of positions held by Lam in the CHC management board and sub-committees and pointed out that he was involved in many important decision-making process. Lam disagreed and maintained that while his input may be highly regarded, his role was that of a volunteer.

At one point, the DPP tried to ask a question with regards to the funding of Sun Ho’s first music album by Attributes Pte Ltd (APL), then a bookstore owned by CHC, in 2002. Chionh asked Lam where the money for that funding came from. SC Tan objected to the question on grounds that the prosecution had said in court earlier that these issues were not part of the charges as they occurred before the time of the charges, and were thus irrelevant to the case. The prosecution had objected to the defense’s line of questioning on this issue when Foong Ai Fang was on the stand earlier this year.

The DPP replied that they were asking these questions on the basis of the things stated in Lam’s condition statements and the court allowed the prosecution to proceed with the question. Lam replied that back in 2002, the initial funding by APL came from CHC as the Crossover was a church mission until such time that fellow CHC member Wahju Hanafi started to sponsor the Crossover and the monies were returned to APL and in turn, CHC.