CHC Trial: Chew Challenged Lam’s Evidence That He Had Offered To Be CHC’s Fund Manager

Chew Eng Han disagreed with Lam’s evidence that he had told him he wanted to manage CHC’s funds; insisted that the meeting had never taken place. 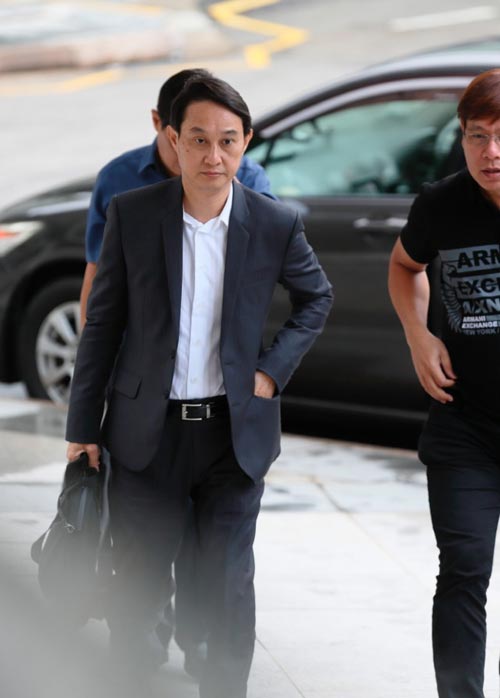 This morning in court, defendant Chew Eng Han took issue with his defendant John Lam saying that Chew had told him he wanted to manage City Harvest Church’s accounts under his new company, AMAC Capital Partners.

Earlier this week, Lam had told his defense lawyer Senior Counsel Kenneth Tan that he had met with Chew sometime in Jun 2007 before Chew’s meeting with CHC’s auditor Foong Daw Ching on Jun 27. At that meeting, Lam said Chew told him that he had quit his job from State Street bank to set up his own company, and he wanted to manage CHC’s funds. He also told Lam about the idea of the Xtron bonds and explained that fellow CHC member Wahju Hanafi had given a personal guarantee against the Xtron bond.

Chew, who is representing himself in this trial, revealed in court today that he had set up AMAC Capital Partners in April 2007, before there was any discussion of CHC investing in Xtron. He also told the court he did not ask for any compensation for managing CHC’s funds even though he has been doing it since 1998. He also did not receive any compensation for helping the church to search for a property. Hence there was no reason why he would quit his “well-paying job” to set up AMAC to manage church funds and make S$20,000 a year from the 0.1 percent fund management fee.

To this, Lam clarified that while he remembered Chew telling him that he was to manage the church funds, it does not mean that AMAC was set up for the sole purpose of managing church funds.

Chew also went to great lengths to show that this meeting between him and Lam could not have taken place, ostensibly suggesting that Lam had been wrong in his earlier evidence. Chew produced a flight schedule that showed that he was in Tokyo on Jun 23 and thus the meeting could not have taken place on that day. Lam replied that the meeting took place around that date and may not have happened on Jun 23 itself.

During his evidence-in-chief, Lam had also told the court that he knew Chew had been asked to raise funds for the Crossover Project. Chew asked Lam to name the person who had asked him to raise funds, to which Lam replied he did not know. After being pressed for the answer a number of times, Lam replied that he did not know but that it did not matter who came up with the idea to raise S$13 million (the sum for the Xtron bonds) for the Crossover Project. His only concern, Lam said, was that the album sales would come in to repay the Xtron bonds. Earlier that morning, Chew brought up several past projects that CHC undertook and got Lam to agree that CHC was willing to take higher risk than other churches at that period of time. Lam also agreed that the move to take high risks was not to harm the church but because the church’s objectives are bigger and the potential returns are higher. Chew said that they all believed that God was in the project or they would never have done it.

Chew asked Lam why he had the courage to support Sun Ho’s US album financially, Lam said that he had full confidence because God had spoken to Kong Hee and Sun Ho to do the Crossover Project. He agreed with Chew that they believed God would bless the project and had seen the hands of God in the 80-over concerts performed in Asia and the 130,000 souls saved. Thus he took a step of faith to invest in Xtron bonds.

The court also heard that it was not unheard of for companies to buy bonds from music companies. Chew submitted a document that stated three ways a company could get its returns: from the sales of the music album, selling the copyrights of the songs and, lastly, from credit enhancement in transaction. Lam agreed with Chew that the church would be able to get its returns from Xtron in a similar way.

Before the court adjourned for lunch, Chew submitted that Lam’s evidence on stand—regarding who made decisions on what church funds would be invested in—was inconsistent with his statement given during the interview with the Commercial Affairs Department investigation officer. Lam replied that during the CAD interview, he had no documents for reference and answered according to his state of mind at that time. After he saw the documents and emails in the process of preparing his defense, his memory was jogged and he named Chew as the decision maker behind the funds the church bought into.