Three years after investigations started, trial commences for six affected CHC leaders, with key differences in how the prosecution and defense wish to take the case forward 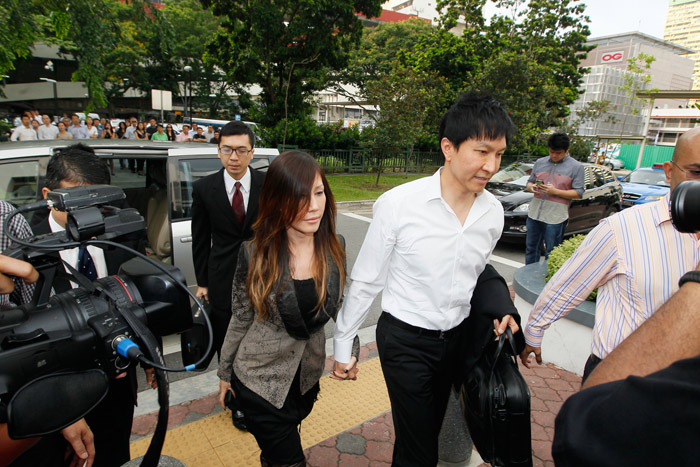 RIGHT from first day of the trial for the six affected leaders of City Harvest Church, the prosecution and defense show major differences in how they view the case and seek to proceed.

The prosecution alleges that CHC’s senior pastor Kong Hee, pastor Tan Ye Peng, Serina Wee, Sharon Tan, John Lam and Chew Eng Han have misappropriated more than S$50 million of church funds and have committed criminal breach of trust. The accused have agreed to be jointly tried for all the charges brought against them.

The prosecution also said that the building fund of the church was inappropriately used for alleged “sham” investments in two companies Xtron and Firna to further the music career of Kong’s wife Sun Ho. In addition, the prosecution stated their defined parameters of the trial.

Before a gallery filled with more than 50 members of the public, mostly CHC members, the prosecution said it is immaterial whether the accused thought Ho’s music career would further the broader objectives of the church. Rather, deputy public prosecutor Mavis Chionh said, the issue lies with whether the building fund was used in an “authorized” manner or not. The prosecution also said it was inconsequential to the case whether Sun’s crossing over into the entertainment circle is “theologically legitimate” or not.

But the defense disagreed. The lawyers sought clarification from the prosecution on whether they equate the Crossover Project with Sun’s music career, and the defense also emphasized that since the case involves a church, theological legitimacy has to be considered, adding “as a matter of fact, there was no unlawful loss of monies by the church.”

The first prosecution witness to take the stand is Lai Baoting, a former accounting staff of CHC. She took the stand to answer questions about emails that were sent from her using an Xtron email account, before the court session broke for lunch. The trial, which started this morning at nearly 10am, signifies a key development in a long-drawn case about the finances of CHC, which first unfolded when the Commissioner of Charities and Commercial Affairs Department launched investigations into its accounts in May 2010.

Senior Counsel N. Sreenivasan told City News that there are two key things to note: one, that the prosecution wants to maintain that the use of the building fund for the Crossover Project was unauthorized, but “as my learned friend Edwin Tong said in open court, the use was not unauthorized. But I won’t comment as it’s an issue before the court.”

The second key thing to bear in mind is fourfold: “The accused had no wrongful gain; there was no unlawful loss; the Church made good and there has been no dishonesty.”