The Life Of A Choir Boy

Two members from the sell-out vocal act Libera tell us what it’s like to be part of a traveling boys’ choir. 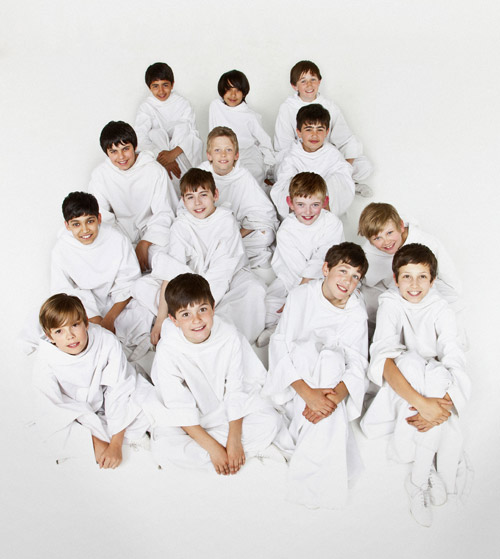 The human voice is indeed the ultimate musical instrument, as the sell-out concerts of the Libera boys choir prove. Originating from the parish choir of St. Philip’s, Norbury, in South London, Libera comprises approximately 40 boys aged between seven and 16. They have performed in the UK, the USA, the Philippines and South Korea, and will be in town for their first performance on Singapore soil. City News speaks to Barney Lindsell, 11 and Ralph Skan, 13, about life with Libera.

How long have you been in the choir and how did you get involved with Libera?

Barney: Two and a bit years.

Ralph: I’ve been in the choir about six and a half years, I think. I came into the choir like most boys do—with an audition, at my teacher’s suggestion.

Who are your favorite singers?

Ralph: Mumford and Sons—they’re a small English band and they’re quite cool.

So which has been one of your most memorable performances?

Barney: Probably at Arundel Cathedral—it was my first concert and it was me and some other mini boys and it was really good fun.

Ralph: I think that was the Papal Mass at the Yankee Stadium—that was amazing.

What is the toughest thing about being in a traveling choir?

Barney: On my first tour I was a bit unsure about being away from home, but you get used to it and it’s like a sort-of family as we are all friends.

Ralph: The hardest thing when you are traveling with a group is that everything takes so long because we have lots of tickets and passports to get through and things like that. But it’s a great experience and we always fill the time with some jokes or card tricks.

Barney: I get to travel the world—I’ve been to the Philippines, America and Canada, and I’ll be going to Japan and Singapore, which is quite good for one year!

Ralph: The best part of it is in the singing and touring, which may just set you up for life in a musical.

How would you describe the sound of Libera to someone who has never heard you?

Barney: Angelic, as everyone says, but it’s really all about a blend, not just solos. It’s the choir coming together to make one amazing sound.

Ralph: We have a unique sound—kind of a cross between classical and church music, and quite upbeat. We write a lot of it ourselves.

Angel Voices – Libera in Concert performs on April 6 and 7 at the Esplanade Theatre. Tickets at S$48 to S$128 from Sistic.