Every number in the Bible has a meaning, according to Steve Cioccolanti’s latest book The Divine Code. 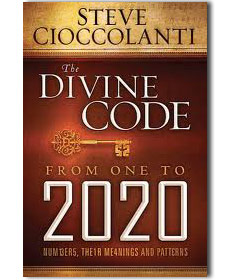 The author, Steve Cioccolanti, is the founder and director of Australia-based Discover Ministries, which has a mission to empower believers through the teaching of the Word. Holding a Masters of Education, Cioccolanti, who pastors a church in Melbourne, Australia, is known for presenting complex concepts in simple, practical ways.

While the book explores the patterns and meanings of “popular” numbers in the Bible, it goes beyond merely ascribing symbolism to the numbers; after all, it is not the head knowledge that counts, but the application of it to our faith. For example, 1 signifies unity, but it also explains the triune nature of God and why 1+1+1=1.

Instead, he points readers to the fingerprints of God in nature and creation through the studying of numbers, such as the biological make-up of man himself: “Before modern scientists understood atoms and atomic numbers, a Bible reader could have made an accurate prediction that whatever element man was made of, it should be linked to the number 6. As it turns out, scientists now understand from the periodic table of chemical elements that man is made up of mainly carbon; and its atomic number is…6!” Using numbers, he also makes a strong case for creationism while asserting the illogicalities of evolutionism.

Other “popular” numbers such as 5, 6, 7, 8, 12, and of course, 666, 2012 and 2020 are also given due attention, fleshed out with substantive research in their individual chapters; if nothing else, the revelations presented all point to the Bible as a work of astounding symmetry and consistency.

Particularly interesting are his explanations behind seemingly random numbers such as the 153 fishes caught in Peter’s net after the resurrection of Jesus and the 276 lives saved on the ship carrying Paul. In unraveling the codes, Cioccolanti’s safety-check is in the main and plain: the deeper messages unearthed should never contradict the established truths of the Bible.

While it is not a terribly theoretical read, it can be challenging to digest at parts—which makes it all the more rewarding for those who want to see Scripture through fresh lenses. As Cioccolanti writes, “…people who don’t understand the Bible’s plain text (words) should not venture into the subtext (numbers and codes). The subtext exists only to authenticate, confirm and magnify the main message of the text, which is Christ!”