Coach celebrates its 70th anniversary with a range of exclusive bags. Back in the 1940s, inspired by the unique patina and supple texture of a worn baseball gloves, a team of six talented artisans set out to reinterpret leather. They wanted their work to employ the precision of European techniques while representing the singular style of the American spirit. Using a combination of traditional craftsmanship and innovative techniques, they crafted custom-tanned leathers into a collection of 12 precisely-stitched, perfectly functional designs. An American classic was born, and 70 years later, it is still going strong. 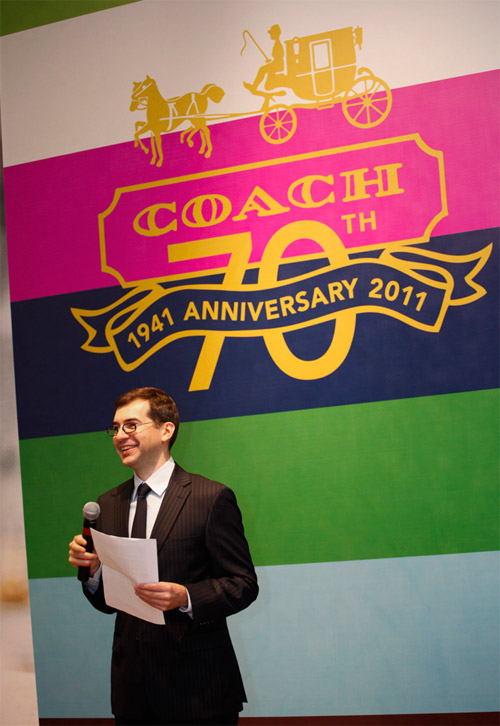 On July 28 at the National Museum of Singapore, Coach celebrated its 70th anniversary with a sneak peek to its fall collection and a showcase of 70th anniversary exclusive Coach bags. Nicolas Villeger, the general manager of Coach Singapore, kicked off the event by talking about Coach’s increasing brand visibility in Asia Pacific, as well as its plans for expansion in this emerging market. Its newly-opened store at VivoCity Singapore saw 50,000 customers in its first three weeks of business. Another flagship store will open at Orchard in the middle of next year.

The number of outlets aside, the brand is also expanding its range, adding lifestyle products like outdoor wear, beachwear and jewelry to its offerings, and introducing a men’s section as well. “We believe that the men’s products next year will be a significant contributor to our gross [turnover] going forward,” said Villeger.