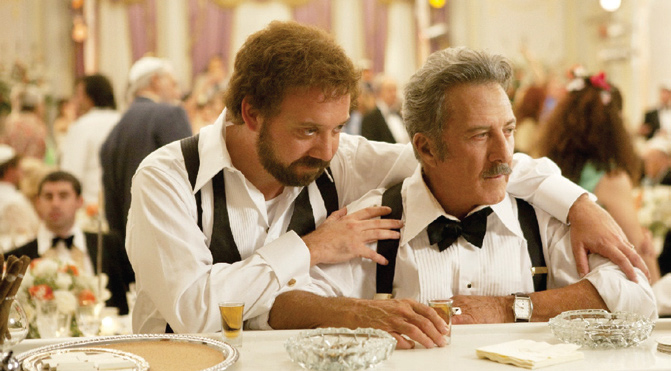 Barney Panofsky (Paul Giamatti) is not your typically dashing and lovable movie hero. In this drama based on the 1997 novel of the same name by Mordecai Richler, Barney is a brash, hard-drinking, cigar-smoking television producer who breaks all rules of Jewish piety, but it’s this portrayal that makes Barney’s Version one of the more unforgettable romantic comedies in recent times.

Boasting a stellar cast including two-time Oscar winner Dustin Hoffman (Kungfu Panda 2), Oscar-nominated actress Minnie Driver (Good Will Hunting), Rosamund Pike (Die Another Day) and Scott Speedman (Felicity), Barney’s Version tells, in a confessional style, the story of a man whose life is intertwined with that of three women: his first, second and third wives, the last being the greatest love of his life.

The storytelling is at times poignant with memorable lines and nicely delivered comedic touches, but truth be told, the sanctity of marriage is rampantly trampled underfoot here in the name of “modern romance.” An unsolved murder in the background adds to the story which spans 40 years—the ageing of Barney and the third wife Miriam (Pike) nabbed the film an Academy Award nomination for Best Makeup, and deservedly so.

On the sidelines, Hoffman shines as Barney’s father and a retired police detective whose unwavering loyalty to his son comes through all the more in the face of Barney’s many shortcomings. On the whole, a sweet movie with a bittersweet ending.