A Church That Is Transforming The Slums

Workers of this Indonesian church inspired the CHC mission team sent to help them. 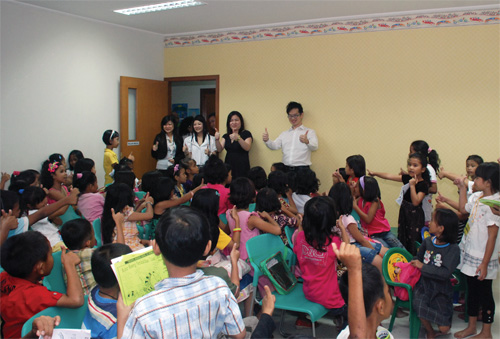 The CHC mission team was inspired by the children’s ministry of GDS. PHOTOS COURTESY OF CHC

From April 15 to 17, missions director of City Harvest Church, Bobby Chaw led a team of four to Jakarta, Indonesia to minister in Gekari Damai Sejahtera.

A total of 846 believers were ministered to as Chaw spoke in five sessions, covering topics like prayer, perseverance, the Holy Spirit and leadership. While the mission team had gone to Jakarta to serve, it came home inspired by one of the great works that GDS has begun.

The Singapore team was deeply moved by the children’s ministry of GDS. The church’s senior pastor, Daniel Henubau, and his team started a project to reach out to the children in the slum areas of Jakarta. They had discovered that the children had no proper food and clothing, so the church began to send buses each week to bring the children from the slums to church.

Soon, going to church became an exciting thing among the slum-dwellers. This opened the door for Henubau and his workers to go in and give aid to the slum community by teaching Christian values to the children and give them some formal education. 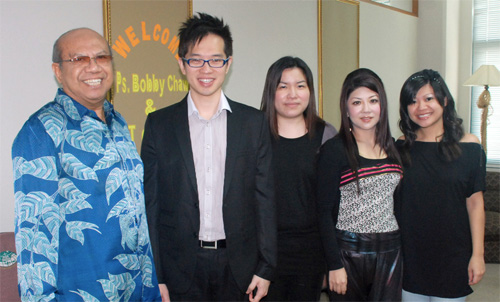 But the GDS workers in the church told the mission team that it took a while for transformation to happen. When the children were first brought into the church, they would rush to the rubbish bins to scour for “valuable items.” Today, the children are cleaned up and neatly dressed every week when they come to church. Better still, these children are making an impact on other children in the slum areas who have yet to come to church.

GDS has since started a service for the mothers of the children attending its Bible lessons in another room. This mothers’ service is gradually growing in number.