Get Connected With CHC! 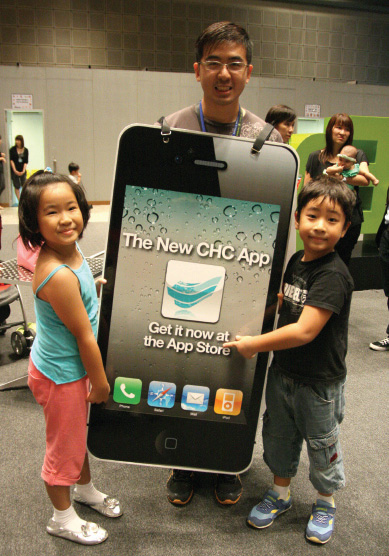 Members can connect to CHC any time via the new mobile app. CN PHOTO: Antoinette Wong

On April 22, City Harvest Church launched an application, CHC Mobile, on the Apple platform and iTunes, for free download. The long awaited app received a positive reception from the church congregation with members downloading the app on their iPods, iPads and iPod Touch.

The app first came about after CHC member and app developer Andrew Crothers created the Asia Conference app at the request of CHC’s deputy senior pastor, Tan Ye Peng, in 2010. Crothers previously created an app known as S49, named after his cell group in church so that the members could stay connected and listen to audio sermons when they could not attend the cell group meetings or church services. The app became a hit, and CHC Mobile was born.

Through this one-stop app targeted at members in Singapore and overseas, users can find the latest news, Tweets on Twitter, photos, directions to get to the church, availability of parking space in the vicinity and even watch CHC services live. Members can also learn more about the various ministries in the church, listen to past sermons or even read the latest City News articles off their gadgets. The app is also friendly to non-CHC users as it allows them to see service timings, the various Bible study programs offered and how they can get in touch with the church.

“This app simplifies things for everyone. [Now] you can be on the move in a bus or train and still be connected.” CHC Mobile App in-charge Bernard Loh explained. 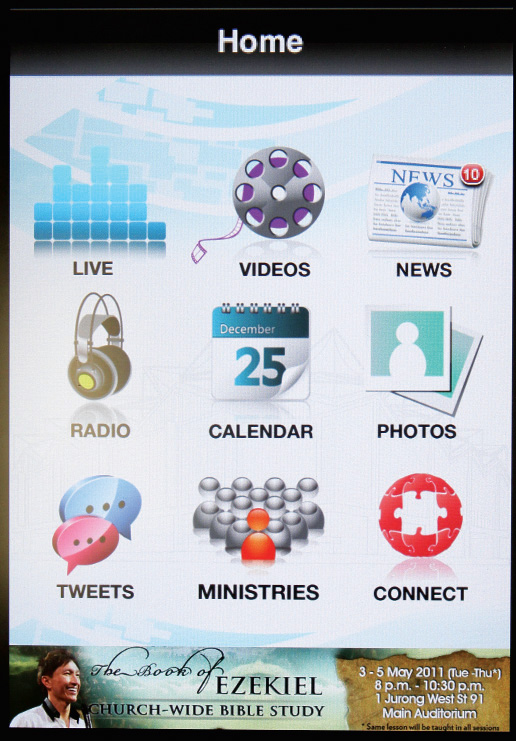 CHC also launched, City Radio Online with the slogan “Here To Connect.” The radio feature embedded within the CHC Mobile app boasts seven radio programs in English, Mandarin, Bahasa Indonesia and Cantonese. The radio programs are updated on a weekly basis. The English programs feature a Weekly Online Refreshing Devotion by CHC’s executive pastor, Derek Dunn; Strums, a segment hosted by Loh featuring an interview and song performance by CHC’s worship leaders every week, and Fabulous Magazine hosted by Andrea Lim, which covers topics such as food, fun and fashion. Loh reveals that more programs are underway and listeners should stay tuned for more updates on City Radio Online.

Jonathan Teo, 24, a national serviceman shared his thoughts on the app, “It has a wide range of functions, from basic information [about CHC] to the number of carpark slots available. My favorite feature for now is Strums. I enjoyed the worship song sung by Annabel Soh and the guitar acoustics by Raymond Sigarlaki.”

Student, Shirley Lim, 22, said, “The calendar app allows me to find out who will be speaking in the upcoming services. It would be great if the app could include happening places or recommend areas around Suntec Singapore for fellowship.”

Get connected with CHC, download the CHC Mobile App on iTunes for free today. Users can also interact with the City Radio Online DJs or give their feedback via cityradioonline@gmail.com or the various social media platform.