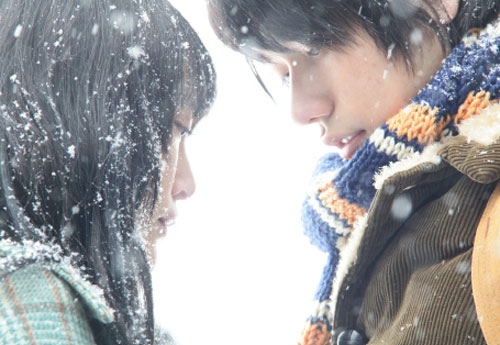 Adapted from Haruki Murakami’s 1987 novel of the same name, Norwegian Wood tells a 1960s Japanese love story based on the reminiscences of 37-year-old Toru Watanabe (Kenichi Matsuyama) as he relives his freshman year relationships with two women, the beautiful yet emotionally troubled Naoko (Rinko Kikuchi), and the outgoing, lively Midori (Kiko Mizuhara).

Director Tran Anh Hung has created a detailed account about the isolation and loneliness felt by a man torn between two women who are completely different from each other. It seems he lives under a perpetual cloud of gloom, as tragedies befall those whom he loves most. He falls into sexual promiscuity every now and then, but in the end realizes that these are just forms of escapism from his problems, especially the void within his heart.

Death is a prominent theme in the book and the movie fleshes it out quite well, but it could have better showcased the anger and conflict within Toru, even as it does a commendable job chronicling the vast emotional change he goes through in his love life.

While it is interesting to analyze Toru’s conflicts in the movie, it has to be said that the emotional response evoked is not as strong as it should be, as befitting a book by an author of Murakami’s stature. Also, not all viewers will appreciate the ambiguity of the plot toward the end. It is still a beautiful film, though, one that draws you into the characters’ feelings of loss and pain.