Salt Of The Earth, Light Of The City

Ten individuals live out the message of Christ in the different pillars of the marketplace.

The Cultural Mandate was birthed when CHC caught the revelation of “Kristos Kai Kosmos” (“Christ In Culture”) that had been imparted by the church’s advisory pastor A.R. Bernard of Christian Cultural Center, New York, in 1995.

The impetus behind the Cultural Mandate derives from the conviction that the church is not just responsible for saving souls but partnering with God to effect positive change in the world and restore His original intent for mankind and society. Godly values such as love, justice, goodwill and peace are not meant to be observed only within the four walls of the church, but throughout all pillars of society: the family, religion, government, education, arts and media as well as business.

To fulfill the Cultural Mandate effectively, CHC members are encouraged to excel in their own spheres of influence. Students are called to shine in school by being all-rounded sudents, and being the best that they can be in terms of their studies; entrepreneurs are called to be exemplary in terms of excellence and character; and those in the showbiz industry are called to be a shining example of talent and integrity.

After all, everything under the sun—be it technology, science, the arts, media or fashion, comes from God and is to be used for His glory.

The unit’s mission is to help countries assimilate into the digital world, by leveraging on Singapore’s public sector infocomm experience and innovative solutions. The outcome is greater social and economic development. “For the last 30 years, Singapore effectively applied infocomm technology innovation to drive the country’s socio-economic growth, transforming a fishing village into one of the world’s most connected nation,” Yeong explains.

Working with some of the poorest countries in the world, including a post-conflict nation, Yeong  helps governments improve their basic infocomm infrastructure and governance. Yeong also works closely with the World Bank and United Nations Development Program.

Yeong finds his work deeply meaningful. “The work impact people’s lives in a significant way. Better government service, better education, better health-care … I am absolutely blessed to have such a transformative job!” 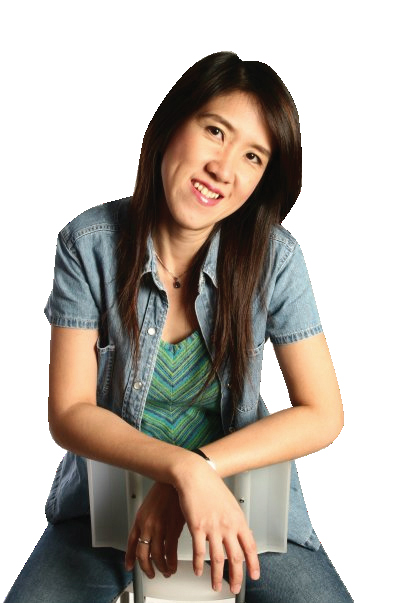 Better training and resources means better-run kindergartens, and better support for children. Loi spearheaded the Kindergarten Learning Forum in November 2009. The event brought together all 3,500 kindergartens and government agencies offering programs and services.

Subsequently, Loi showcased pre-school education at the annual MOE ExCEL Fest—it was a first for MOE—and helped educate lower-primary teachers who knew little of was being done at kindergarten levels.

Every time before she breaks new ground, Loi commits her work to the Lord. “Many times I feel scared at the scale of an event, so I share it with the Lord. I’m reminded that we should commit our plans to Him and He will make our paths straight.” ROLAND LIM
Owner, Roland Seafood Restaurant
Lim began his foray into the food business when he was only 13, helping out in his mother’s restaurant. That stint led him to set up his own restaurant. Now, at 54, he does more than balancing the books of his business.

The sprightly entrepreneur says, “Since young, I have always had a soft spot for the old. When I talk to my customers, some of them tell me that their children don’t want them anymore. It’s very pitiful.” As such, Lim was spurred to do his part and make a difference—in 2010, the restaurant made meal sponsorships totaling 30 tables of ten for four senior citizen-related charity events “I enjoy making friends with my customers and some have even become my good friends. During the weekdays when it is not as crowded, I’ll sit down and talk to them. I’ve even brought some of my customers to church.” Indeed, Lim demonstrates that one can and should share the message of Christ wherever he has been planted, with love being the grand motivator. RICK & SHERIE QUEK
Owners, Corporate-i
Having raised funds and sponsored events for the local community as well as underprivileged Cambodian students, owners of Corporate-i demonstrate that business and doing good are not mutually exclusive.

Managing director, Rick, expands his creativity beyond work to organize community events. His wife, Sherie, shares the motivation behind their charitable deeds, “People are open to charitable associations. By using Corporate-i to raise funds, we open an avenue to get support from people outside of the church walls and bring such members of the public closer to Christ.”

Being heavily involved in both the marketplace and cell group ministry, Sherie also reveals that the Word of God helps to keep her spiritually strong and connected. She dispels the perception that a family-oriented person cannot be successful in the corporate world. “At the end of a hectic week, I give myself a break by spending time with my family and cell group members.”

The mother of two children, age 9 and 14 says that it is pertinent not to draw boundaries and limit skills and ideas to the marketplace alone. “Whatever skills we have in the marketplace, my husband and I challenge ourselves to think about what we can do for the church as well.” Goh’s work involves leading and managing the school staff, handling administrative and financial matters of the school and teaching the secondary school curriculum.

But beyond all her official responsibilities, Goh believes that as a Christian, “I represent Christ to every staff and every student.” In her role as principal, she ensures that while the school aims to excel in terms of academic achievement, attention is also paid to helping each student grow and mature as a person.

As such, she lives out her calling by going one step further—instead of seeing her staff and students as people whom she has to “manage,” she sees them as individuals to lead and pastor; she prays for them, showing them love and care, nurtures their talents and gifts and guides them in making important decisions in life.

Recently, she led the graduating students in the school on a 12km run in order to instill values of resilience and perseverance in them. But this top-scorer is not just interested in chalking up self-success. Turning his co-curricular commitment into a chance to help others, he structured a course on the topic “Principles Of Investment” and taught students from his former secondary school and even his fellow peers. Each class saw 100 students in regular attendance. Three times a week, he also helped to mentor students who were not doing well academically.

Today, Lee is an analyst in a local company. Attributing his success to God, Lee says, “In the midst of pursuing academic results, it’s easy to focus on achievements and forget all about God. I believe that as we do things differently from others by adding God into the equation, we will become much more effective as He will provide us with creative ways to do things better.” Tan believes in doing her job with a spirit of excellence, despite being in the entertainment industry, which has traditionally not been considered a “wholesome” arena for a Christian to be planted in. “We can be spiritual and wholesome, yet hip at the same time. That said, every Christian must have and also guard the spiritual disciplines which are integral to his or her beliefs.”

Tan’s work track record includes the successful casting of Fann Wong in Shanghai Knights—she was the first Singaporean actress to play a major role in a Hollywood production.

Tan continues to help FLY chalk up milestones; as the co-producer of A.I. Pictures (the production arm of FLY Entertainment, which mostly creates TVCs, corporate videos and films), she has been busy with the release of the company’s first movie Perfect Rivals on Mar. 17, which stars Hong Kong veterans Ha Yu and Mi Xue alongside Singapore’s Irene Ang.

SABRINA GOH
Fashion Designer
Sabrina Goh, 26, is one of Singapore’s new design names. With her business partner Jason Fu, Goh is involved in her business from designing, merchandising, marketing, public relations to running her store.

Goh launched her first collection in 2009 and showcased it at Audi Fashion Festival 2009. She was one of the International Top 50 finalists of Mango Fashion Awards—El Boton 3rd Editon in Barcelona; Designer of the year 2010 at the ELLE Awards. The La Salle Fashion School graduate recently opened her own store at Orchard Central and launched her debut menswear at the Men’s Fashion Week 2011 at Marina Bay Sands.

After listening to the Cultural Mandate message preached by Kong Hee, she was inspired to be a designer that carries God’s purpose into the marketplace. In fact, Goh named one of her lines ELOHIM, which in Hebrew means “God of Creativity.”

“I am inspired by Ephesians 3:20 (Amplified version) which says, ‘Now to Him Who, by (in consequence of) the [action of His] power that is at work within us, is able to [carry out His purpose and] do superabundantly, far above all that we [dare] ask or think [infinitely beyond our highest prayer, desires, thoughts, hopes or dreams].” Hang broke all norms when she became the first person to receive a transfer from a magazine division to the highly esteemed newspaper division. Prior to holding this position, she was promoted twice within a short time span. All this because she brings value both to her clients and to her company.

By dedicating genuine care and concern to both her colleagues and clients, she was able to deliver consistency and quality in her service. She also broke new ground by successfully convincing irregular advertisers to sign on more regularly.

For Hang, faith in God and putting Him first is the key to her success. “I remember starting a prayer group whereby I gathered some Christians, backsliders and even non-believers to pray for each other’s needs for half a year.” She also started serving in City Harvest Dialect Church. “I am really thankful to God for all the blessings and favors in my life.” WAYNE CHAN
News Reporter
Channel NewsAsia reporter Wayne Chan recently won the “Story Of The Month” award (a MediaCorp cross-divison accolade) for his coverage of the death of 20-year-old Lance Corporal Eugin Wee Yong Choon who died after being hit by a truck.

It was not an enviable assignment—after much investigation, Chan managed to locate the deceased’s father on the day of the tragedy. He then had to tactfully communicate with and persuade the deceased’s father to go on camera despite the sudden, painful loss of his son. However, as a result of the coverage, there was such a huge turnout at the funeral that the deceased’s mother even called to express her gratitude, saying that she was proud to know how many friends her son had.

Diligence and determination helped Chan produce a story that became a blessing to others, but despite his success, Chan remains humble, remembering that one is only a part of the grand scheme of things. “I try my best each day to live out the message of Jesus Christ when I go about my daily work, which is to remember to love your neighbor as yourself.”