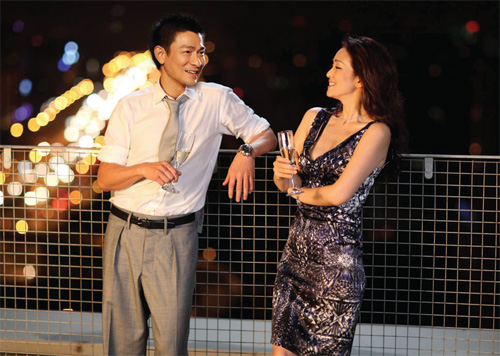 In this remake of the hugely successful 2000 romantic comedy starring Mel Gibson and Helen Hunt, Andy Lau plays the hot shot creative director Sun Zigang at an advertising firm—he’s the shoo-in for a plum managerial role, but due to the company’s new strategic objective of targeting the female consumer, his industry rival Li Yilong (Gong Li) is hired for the position instead. One night, a freak accident leaves him with the ability to read women’s minds, and he leverages on this superpower to grab the limelight back from his arch enemy. The growing attraction between the two, however, throws a spanner in the works …

Writer-director Chen Daming, one of China’s up-and-coming filmmakers, does not depart much from the original screenplay (at least where it matters). Slight changes include some special effects, a few gags here and there, but it isn’t clear how the subplot about Sun’s opera-loving widower father contributes to the story—even though it does lend much to the light-heartedness of the movie. Sadly, as with the original version, the script shies away from really exploring inter-gender differences such as communication styles and emotional needs, resulting in a lack of memorability overall.

The two leads performed admirably enough, although Lau, charismatic as he is, doesn’t come across half as earnest as Gibson (maybe it’s just that he doesn’t have Gibson’s disarming gaze) and Gong Li, while still stunningly gorgeous, lacks the warmth required for female viewers to relate to her character. That said, this movie will probably be a more-than-decent hit in this side of the world simply by virtue of their combined box office draw.