Storyteller: The Life Of Roald Dahl

The memoir of the legendary children’s author sheds surprising light into his life. 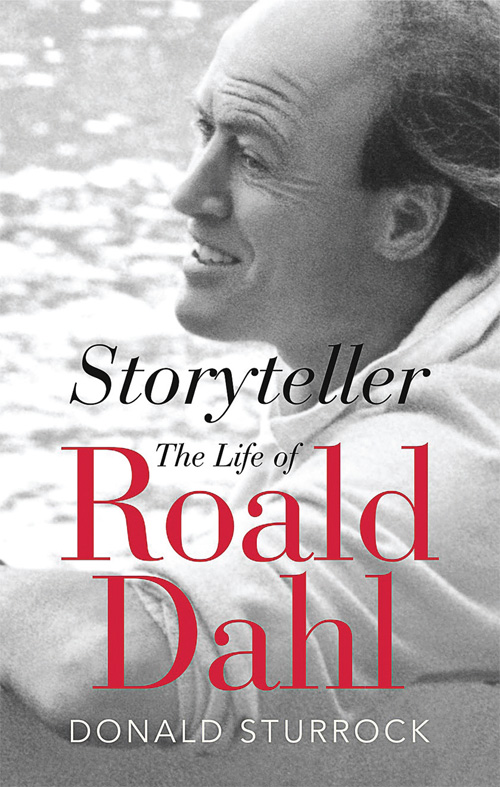 Enlightening, inspiring, enriching. Yes, biographies can be all that, and more. But sometimes, biographies don’t make for the most exciting reads—even those of the movers and shakers of the world can be plagued with mundane details and get bogged down in molasses-slow pacing.

I was excited though, and thought that I would read through my first “real” biography when I received Storyteller: The Life Of Roald Dahl. After all, Dahl,  a consummate storyteller of both adult and children stories, and with his signature brand of dark humor and unique eye for detail, would make an excellent subject for a biography.

A literary master who was well ahead of the curve and sadly, recognized only after his time, Dahl lived an eventful life that would have rivalled what any writer’s imagination could conjure up. Who else can claim to have fought in aerial skirmishes during a war, survived car crashes and even a plane crash, served as an intelligence agent, married a Hollywood actress, and eventually end up writing timeless stories that enthrall children and adults alike?

Written in his distinctive style, his autobiographies Boy: Tales Of Childhood and Going Solo, were packed with such wit and panache that I not only devoured the books like I would with a novel, but re-read them—something I reckon I would not do with other biographies, or even most fiction books. Still, I should have known that his autobiographies were, for lack of a better word, sensationalized. As Dahl himself once claimed, “I don’t lie. I merely make the truth a little more interesting …”

On the other hand, while Storyteller is more readable than most biographies, my advice to potential readers would be to not approach it with a mindset of reading a Roald Dahl book, but rather a book about the man himself. Fans would know what I mean.

This approach would make Storyteller an infinitely more pleasurable read. An excellent account about an intriguing man, Storyteller is well researched, with information gleaned from Dahl’s personal correspondence, and interviews with family members, close friends and acquaintances. Surprisingly, the very details that Dahl himself found insipid in biographies are what make Storyteller engaging, as the author Donald Sturrock offers insight and explanation into the psyche and motivations of Dahl.

Storyteller may very well burst your bubble of Dahl, like how it did mine. In my mind’s eye, Dahl was almost like a friend during my childhood, akin to his creation, the Big Friendly Giant. But it is clear, as in the case with most geniuses beyond their time, that Dahl was not easy to get along with at all.

In this intimate look into his life, the reader will discover Dahl as a bag of contradictions, with an almost dichotomous quality to him. In the same token, it uncovers the man behind the legend and attempts to dispel many myths that perpetuated around Dahl over the years. Ultimately, it is this very human nature that makes me appreciate and understand Dahl’s legacy even more. All said and done, this is one biography I may just re-read.

Published by Harper UK
Price: S$38 (w/o GST)
Available at all major bookstores.