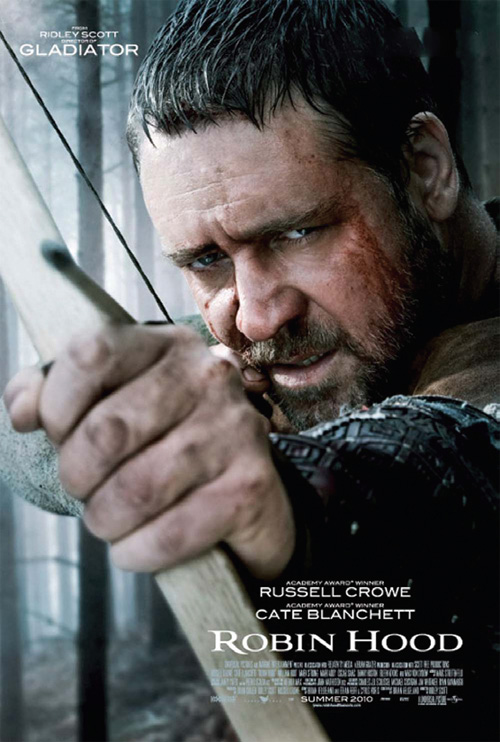 Most of us are familiar with the childhood tale of Robin Hood, he who robbed the rich and gave to the poor. This film by director Ridley Scott (Gladiator, Black Hawk Down), on the other hand, seeks to backtrack to the events that led to the birth of the Robin Hood legend—expect a tale of patriotism and treachery that explores what it means to be an honorable citizen in a monarchy corrupt to the core.

The story is set in the late 12th century. Not only is England in the throes of war with France, civil unrest is steadily brewing. Russell Crowe plays Robin Longstride, who finds himself swept up in domestic politics, inadvertently tasked to dispel the civil unrest and lead the English forces against an invasion on England’s south coast by the French.

Delicately balancing the dark undertones of treachery and death with tongue-in-cheek humor, Scott delivers a fun and enjoyable watch, with the cast giving respectable performances overall. Cate Blanchett’s portrayal of the spunky Lady Marion, for example, debunks all conventions of the damsel in distress. As with all historical epics, the battle scenes are elaborate and grandiose. Shot against the stunning Welsh shoreline, the final battle scene against the French is reminiscent of the Zhang Yimou film Hero (2002), and the clash between Robin and Sir Godfrey (Mark Strong),  the main villain and traitor in the show, is masterfully filmed.

But at the end of it all, there isn’t much that we haven’t seen before—especially if you are into these medieval-war type of flicks. In fact, many of the scenes will leave you with a sense of deja vu, as though it has been rehashed in another form before. In sum, Robin Hood is a safe and enjoyable choice for a night out at the cinema, but is quite thoroughly forgettable.