The Art & Heart Of Golf

Golf is a sport that can benefit the individual as well as society at large. A Golf Fellowship formed by church members is set to do both. 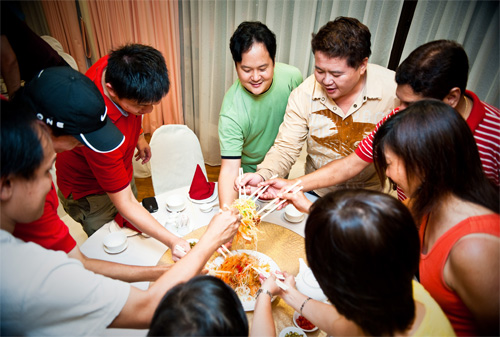 So said golf legend Arnold Palmer, and he is right. The art of hitting that tiny white ball across acres of green is part physical, part mental, even part spiritual, some have said.

For many businesspeople, golf is a sport one should pick up for the purpose of landing more deals. One vice-president of a Fortune 500 company said, “It’s true, 80 percent of the deals I close are on the golf green. The negotiation and agreement happen as we play golf—then we go to the office and sign the deal.”

Some attribute this to the fact that in golf, some of a business partner’s key strengths and flaws can be observed: integrity (does he play a six and write down five?), patience, focus, determination, timing, among others.

Whether one is a salaried employee, or an entrepreneur, golf appears to be a worthwhile sport to pick up, as it opens up opportunities for one to connect with and build powerful relationships with potential partners, investors, even mentors on the green. Golf now has an even bigger role in society: fundraising. Golf is one sport that encourages generosity and community-mindedness, as attested by the many charity golf tournaments   held worldwide to raise funds for various needs. Some of these include the Police-Celebrity Golf Tournament in Hollywood which is into its 40th year (the 2009 one was hosted by Donald Trump). An example in Singapore would be the annual President’s Challenge Charity Golf Tournament.

It was to serve these purposes that the Golf Fellowship was formed. The Fellowship recently caught up on Feb. 26 for a day of good company, golf and the exchange of ideas on how to impact the marketplace.

Formed in 2007 by Peter Ngion and Corinne Ng, married owners of golf tour company, Travelgolf & Leisure Services, the Golf Fellowship began as an opportunity for golf enthusiasts to mingle and develop relationships, and it has since grown into so much more. From its debut in 2007 at Laguna Golf and Country Club which saw eight golfers, the Golf Fellowship has progressed from standard games to charity golf events, raising funds for good causes via non-profit organizations such as City Harvest Social Services Association. Some key events include the Joy Charity Golf Event, held by The Marketplace in 2007, and the Asia Conference 2008 Charity Golf Tournament. “Golf is a popular past-time among business professionals, and we realized that it is a good opportunity for bonding and developing strong friendships with other professionals,” said Derek Dunn, executive pastor of CHC and a golf enthusiast since 2008.

“This year, we have plans to expand the fellowship to include a wider pool of people.”

This Friday afternoon, 20 golfers, consisting of enthusiasts who are members of the church and their friends, gathered at Singapore Island Country Club (SICC) for what promised to be the first of monthly golf gatherings for the year. Even the sudden downpour near the last hole failed to dampen the atmosphere or the spirits of the players, and they patiently waited the weather out to finish the game.

As this gathering fell within the two-week Chinese New Year period, the game was aptly followed by a sumptuous eight-course lo hei dinner, closing with a prize-giving ceremony. William de Souza and Larry Komo walked away as winners of the longest drive. Melvyn Ho, vice-president of Canon in Singapore, as well as former national squash player Lilian Mah, and the overall champion Kevin Toh, were the winners of the four nearest pins. There was no winner for Hole 1.

Second-time attendee Kevin Toh, who works for an offshore marine systems company, was presented the trophy by Dunn.

“I played much better compared to my previous time with the Golf Fellowship,” said Toh. “I really enjoyed myself today, especially as there were more activities and programs planned, such as the dinner and novelty prizes. I’ll definitely keep coming back because I get to make new friends.”

Attendees were already eagerly asking about the following month’s game, even before the day had concluded. For Ngion and Ng, this was an encouraging sign for the growth of the Golf Fellowship in the year ahead.

Said Ng on the objective of the Golf Fellowship, “The ultimate vision of this Golf Fellowship is to allow opportunities for golfers within the church and outside of the church to mingle and develop relationships, and on top of that impact the community with our charitable involvement. We hope for more members to join, and more golfers to support the efforts of CHCSA.”

For the Fellowship, the year’s main event will be the Asia Conference 2010 Charity Golf Tournament, to be held on May 25 at the Tanjong Course in Sentosa. The Golf Fellowship is targeting for 100 golfers for the event, and are opening up registration church-wide for any golfers and their friends. Proceeds will go toward helping CHCSA in its various causes.

To find out more about the Golf Fellowship, email golf@chc.org.sg.