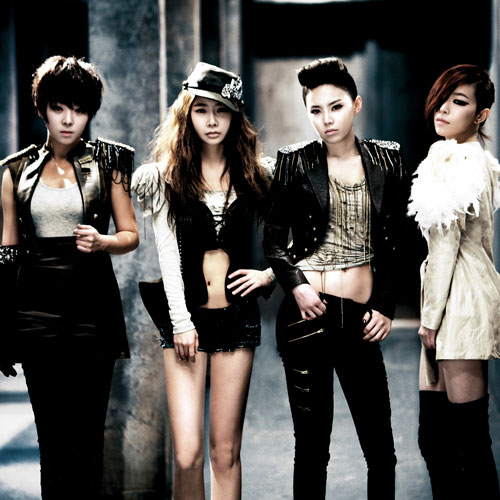 Popular Korean girl group share their thoughts on their fans in Singapore and the name behind their hot dance moves.

2. Why did you decide to hold your first full concert here in Singapore (even before you have held one in your country of origin)?
We were touched by the big support from the Singapore fans during the Sundown Festival in December last year. We decided to hold our concert in Singapore, as we wish to reciprocate the love that the Singaporean fans have shown toward us.

3. How does the concert-going crowd and experience differ between Singapore and Korea?
The concerts in Korea are mostly held indoors, so the Sundown Festival was a fresh experience for us as it was held outdoors. The atmosphere is also more relaxed. This time it’s called a “Club concert” so we are full of expectations as to what fresh items awaits us.

4. What do you hope to achieve with this concert?
We wish to have more opportunities to share with our fans. So this time, instead of just holding a concert, we hope to meet more fans and build up a good rapport with them through the various events. We also hope to hold more activities in Singapore in future.

5. How huge is your fan base in Singapore compared to Korea (since Seould’ Out, for example)?
After the Sundown Festival, the size of the Singapore Fan Club has almost surpassed our fan club in Korea. We are truly grateful for all the support from our fans.

6. How different will this full concert be compared to Seoul’d Out?
It’s more pressuring this time, as our name is included on the title. But we will do our best because it’s our show. And as the concert title also goes, we will “party” together with the fans during the concert!

7. During Seoul’d Out, your sensual and sassy wardrobe caught much attention (from the media and fans); what special wardrobe changes or set designs can we look forward to this time at Zouk?
We didn’t realize that our wardrobe was that big an issue (smile). We’ll prepare a more fantastic wardrobe line-up this time because it’s a club concert … Look out for it!

8. Moving forward, what is your action plan/timeline for album releases and/or concert tours for 2010 and beyond?
We will spend more time on our new albums because we want to improve on the quality of our music. We will also hold a South East Asia Concert Tour this year, in which Japan and United States are part of the line-up. 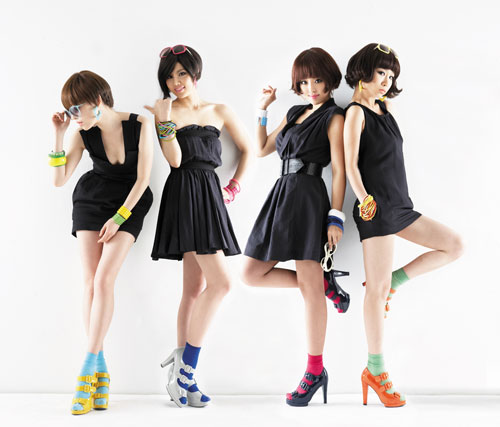 9. How have you grown as a group and individuals over the years?
It has been four years since we started our music career in 2006. In this time, all our members and staff have become like one big family. As for myself, I’m much happier now because of all the support and love from the fans. Thank you.

10. What do you think is the appeal of Korean girl bands like yourself (compared to your Western counterparts)?
Well … we think the charming elements of Korean girl groups are our attractive voices and visual performances. And the fact that all our members are good at dancing and rapping is also one of our appealing factors.

11. Which international artistes have the strongest influences on your musicianship?
Michael Jackson! I have been listening to his songs since I was really young. It’s sad to know that I won’t be able to see him anymore. He is one star who deserves the nickname “King of Pop”. I hope he’s resting in peace now.

12. Have you endorsed a fashion/beauty brand? Why or why not?
We haven’t endorsed any specific beauty brand. We just use cosmetic products according to our moods on that day. We do, however, use a specific brand of body products. The weather is really dry now in Korea as it is wintertime, hence our members usually carry NIVEA products for moisturizing our bodies, hands and lips.

13. Could you describe your group/individual beauty habits (what do you do to keep your skin glowing despite the stress) and fashion style?
We don’t practice any special care for skin, but we always try to be happy, eat healthy food, sleep well and think positively. Also, when we are not schedule for any performances, we leave our faces make-up free in order to let them rest.

14. I understand that BEG swept some awards, what are they and how do you think they will contribute to your growth as artistes?
We are naturally happy to have won the awards. However, it also puts pressure on us to do better the next time round. We will certainly do our best to show our gratitude for the awards given to us.

15. Any plans to venture into China and/or North America?
We plan to move into North America in this year, but we’ll definitely still need your support.

16. Can you tell us the name of the choreographer for BEG’s dance moves (they were the talking point of last year’s festival) and who else has he/she worked with?
Our “Hip-Swing Dance” was choreographed by Bae Yoon-Jung the most powerful choreographer. She has worked with the big stars of Korea such as Lee Hyo-Ri, Ivy, Uhm Jung-Hwa, Boa, Rain, G.O.D, Seven, Whee-Sung and many others. And recently she has taught dance to many girl groups including us, KARA and See-ya.

Brown Eyed Girls are staging their Sundown ‘Live Party concert on Feb. 27 at Zouk. Tickets are available at HMV outlets at 313 Somerset and Citylink from now until Feb. 26. Advance tickets inclusive of two house pours and entrance fee for Zouk cost S$98 nett, while tickets bought at the door are S$118 nett.

Look out for City News Weekly’s coverage of the concert next week!