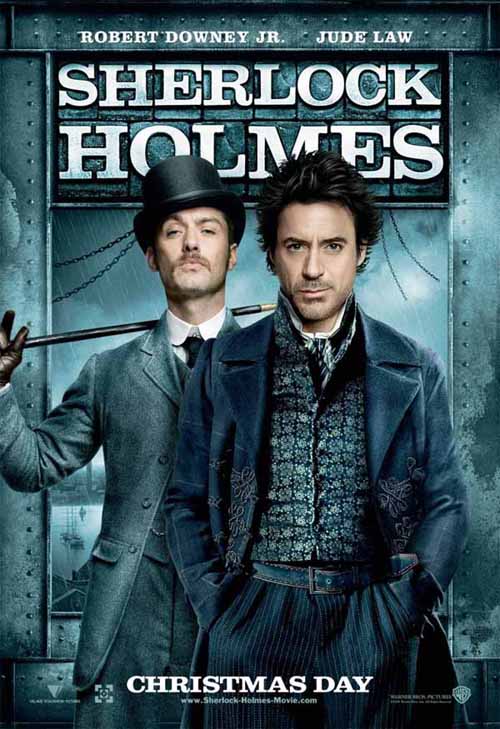 The dark and gritty version of Sherlock Holmes was entertaining and filled with action. But the most enjoyable part of the film wasn’t the plot, it was more the brotherhood and bantering between Holmes and Watson.

Chemistry between Sherlock Holmes (played by Robert Downey Jr.) and Dr. John Watson (played by Jude Law) is perfect and their bro-mance hilarious. Both characters did writer Sir Arthur Conan Doyle proud by bringing Britain’s stuffy detectives to life. Watson is constantly trying to have a peaceful life, wanting to marry and have a family or to at least have tea with his fiancee’s parents, but he is never able to due to the never-ending “fun,” thanks to Holmes and his action-packed life of mayhem and mysteries. Constantly at loggerheads with each other, they can’t stand each other but can’t bear to be without each other either.

Brilliant, cunning and slightly mad, Sherlock Holmes has just apprehended Lord Blackwood (played by Mark Strong), who was caught in the act of sacrificing a young girl, his fifth victim, for a black magic ritual. The film moves forward three months to Holmes hiding out in his pitch-black room—since Blackwood was being hanged, there have been no more cases for him.

He then discovers his favorite villainess—American Irene Adler (played by Rachel McAdams), who seems to be the female counterpart of Holmes—is back and requires his help for a case. Mysteriously enough, it is connected to Lord Blackwood’s case. Not only is his lady love back, Lord Blackwood is also back, that is, from the dead.

With explosions, fights with a French giant, a medieval version of a Tazer Gun and good old-fashioned brawling, Holmes and Watson move to find Blackwood’s next few victims and the resurrected Blackwood himself.

But the spotlight shone on the actors and characters of the movie. Downey was a perfect Holmes, with precise comedic timing and an intense gaze that you would expect of a brilliant detective, yet seemingly without a care. Holmes portrayed in the movie was eons away from the original Holmes, and a lot more interesting.

Dr. Watson was quite a character as well. Not just a doctor, Watson was a soldier who was hurt in the Afghan war. As noted by Holmes in a particular scene in the film, Watson is always neat, as most military men are. He grounds Holmes—whenever Holmes gets one of his crazy ideas, Watson pulls him back to reality. Watson is also the one who calms the people who are frightened by Holmes mad antics, like firing a gun in the house.

Enjoyable mostly because of the witty banter and clever one-liners, the movie is worth watching. And for all we know, the sequel that was hinted at toward the end of the film might be even better. In fact, even if the plot is not extraordinary, watching Holmes and Watson beat each other up verbally is one of the many small joys in this movie.