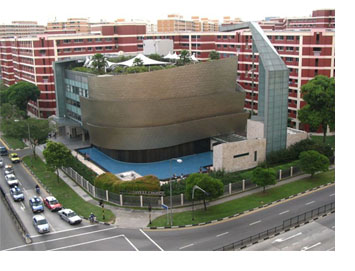 City Harvest Church has cleared the governance review by the Commissioner of Charities (COC). This review was conducted on seven of the largest religious and charity organizations in Singapore.

In light of the recent debacles in charity organizations, this piece of good news comes as a relief to many inside and outside of the church. In a press statement, the Commissioner said the seven institutions studied, including City Harvest Church, have proper systems and processes in place. They also have complied with regulations under a Code of Governance set by the office, such as financial management and fundraising practices.

The COC ordered a review last year into these charities under its jurisdiction with annual incomes of at least 10 million dollars, after fallout from several charities which were accused of or sentenced for misuse of public funds. The office concluded the audit in September and deemed all these seven organizations to have done relatively well.

It does however wish to see improvements in several key areas. The COC feels that salaried staff from these organizations should not be appointed as board members, and has called for a formulation of better conflict-of-interest policies. Loans and donations to external parties should also be monitored closely so as to prevent a misuse of funds.

Ryan Wee, 23, a Christian, says, “It’s always good to know that these churches are accountable to their congregations, and any flaws would be picked out by the Commissioner’s office and rectified by the parties involved.”

A member of City Harvest Church, 24-year-old Daniel Tan, shares similar thoughts. “It just shows that our churches and charities are accountable for the money collected and have nothing to hide.”

He adds, “It’s always good to have an impartial authority assess such organizations to better allay public fears.”

“Ultimately, I think that the review clears a lot of the misconceptions and misgivings people have about charities,” said civil servant Kris Ye, 25, a freethinker. “It stops people from having wild conspiracy theories about these big organizations.”