Many Singaporeans are “revenge travelling” now that Covid restrictions are largely behind us. For City Harvest Church’s Mandarin interpreter Chiong Xiao Ting, it is going overseas on missions—not shopping— that she has missed the most. She explains why. Living in this little island state of Singapore, many Singaporeans have a deep love of travelling. I am of no exception. Hence, it was particularly difficult for many of us during the pandemic to be stuck with nowhere to go. When I scrolled through my social media posts these past two years, I found that instead of missing travelling for leisure, I missed travelling to do missions. I would check out the posts of my overseas friends and The Harvest Network churches, missing the fellowship with them and wondering how they were doing in this difficult time.

Covid has changed many things and one of these things is the way we do missions. We are grateful to God that despite the travel restrictions, we are still able to conduct missions online via Zoom. God is indeed omnipotent and omnipresent—His presence and power would often travel through our screens to touch the people we were ministering to across the miles. During the pandemic, we even managed to conduct evangelistic meetings over Zoom and witness lost souls coming to Christ!

However, no matter how great Zoom meetings are, they can never completely replace doing missions in person. I am glad that my last overseas trip before the Covid lockdown was for missions, and my first trip out of the country after the travel restrictions were relaxed was also for missions!

BRINGING HOPE TO THE CHURCHES

As a Mandarin interpreter, I usually serve in Chinese-speaking countries and churches. The first of these to open up after the easing of measures were the Malaysian churches. I have had the opportunity to minister on my own and to interpret for Pastor Kong during our visits to affiliate churches in Malaysia. Many in our network of churches have gone through a hard time during the pandemic, and now that we able to be there with them physically, our presence is a great encouragement to them. Simple things that we used to take for granted like meeting each other in person, worshipping together and listening to Pastor preach live now mean so much. Kelvin Lee, a member of my mission team noted that missions to these churches is really about being with them and for them in time of need. Xiao Ting conducting her own teaching during overseas missions

Personally, being out there in missions always reminds me of how blessed we are in CHC. I am grateful that we can be a blessing to other churches, just as God has blessed us with so much in this house. My call as an interpreter also started because of missions—during one missions conference in 2004, God gave me a burden for China. I remember for days and months following that meeting, I would weep every time I prayed for China. The call was overwhelming.  The desire to become a translator started from that seed. Unknown to many, because of this burden for China, I wanted to further my studies there, only to hear God telling me to stay put in Singapore. For some time, I was very disappointed—I thought I was called to China! But completing my studies in Singapore gave me the opportunity to serve and to be trained as a cell group leader, and eventually I became a full-time Mandarin interpreter for church.

Through my work as an interpreter, I have had the opportunity to serve many from overseas who came to study in SOT, doing “missions” locally by supporting the Chinese-speaking overseas students. During the 2015 Chinese Conference, the Lord showed me how I had impacted the lives of many foreign Chinese students simply because I interpreted in SOT, and He impressed upon my heart that greater things are yet to come.

True enough, since then, I have had more opportunities to travel for missions, whether I was interpreting for Pastor Kong, or conducting missions on my own. There are many significant and memorable moments in missions. There was one time I felt down and discouraged over my cell group—no matter what I did, my group was not growing; it was even dwindling in size. Sometimes it would be just a handful of us during a cell group meeting and I simply did not know how to break through.

At one Malaysian conference, as Pastor Kong was preaching about “missio dei”—God is a sending God—I felt the Lord work in my heart that day. He challenged me to go out there and bring in the harvest again, and I felt the shackles of discouragement breaking off me. I came back with renewed faith and courage to lead my cell group, and just as Pastor was encouraging the churches, I was also encouraged and lifted up.

The beautiful thing about interpretation is God is constantly working in me as much as He is working through me. I often feel that I am the one who is most blessed by the message, even as I repeat every single word Pastor preaches in another language. I have lost count of the moments God has spoken to me while I am on stage interpreting or during the altar call. 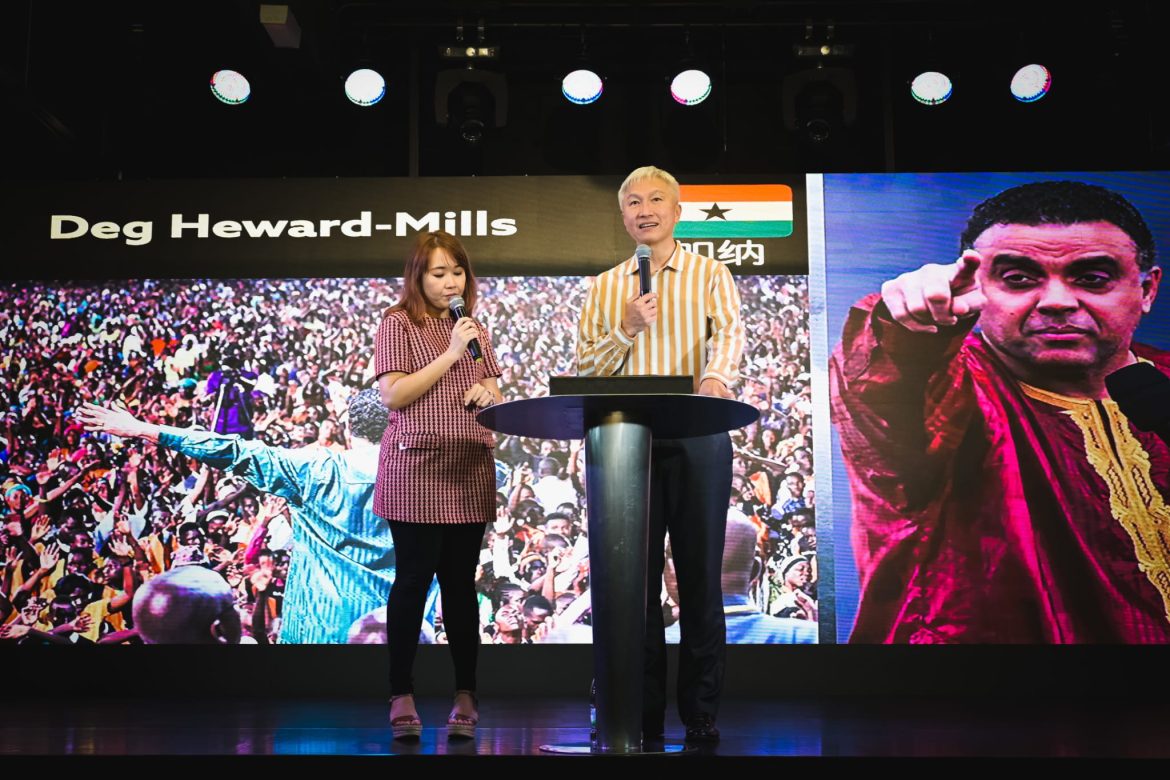 Uniting the people through shared language

I love my calling as an interpreter! In Genesis 11, when the people were of one language and they wanted to build the tower of Babel, the Lord said “nothing that they propose to do will be withheld from them” (Gen 11:6), I truly believe that when we bridge the gap between languages, the people can become one, and together with our THN churches overseas, we too can do great things for the Lord.

After three years of doing virtual missions, I find that what is most precious about doing missions in person is the relationships. There are many things we can do online, but when it comes to building relationships, nothing can replace face-to-face interaction: the eating, fellowshipping, and sharing of lives together. I believe this is one of our biggest priorities in missions post-pandemic: to reconnect and rebuild the relationships with our network churches.

Missions is also a great opportunity for us to do life and serve together as a cell group, or with our co-workers. In missions, we become trench buddies. I am very grateful to my colleagues who often look out for me when we are overseas; their eye for detail, their excellent coordination and liaising with the host churches make serving in missions easy. For those of us on stage, it is the behind-the-scenes work of the team that makes us look good.

As travel restrictions ease further in even more countries, the next time you plan for an overseas trip, why don’t you consider going for missions? As you step out to serve in a foreign land, you may come to realise how blessed you are—often, we are the ones who are most blessed during missions.