In this brand new series, City Radio reviews a new album every month, starting with the return of Israel Houghton and New Breed’s Feels Like Home.

The last time we heard a live album release by Israel and New Breed, it was in 2015 with Covered: Alive in Asia. (Fun fact: Part of the album was recorded right here in City Harvest Church.)

The new album was birthed in the midst of the lockdown in 2020 when Israel Houghton began streaming live praise and worship from his home; he called those sessions called “Worship Wednesdays”. This eventually led to the idea of having the ensemble come together to bring an intimate worship experience in a warm and cosy setting. 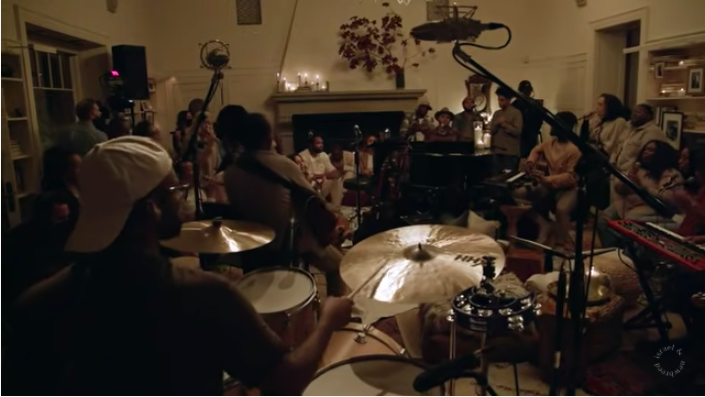 UNUSUAL TIMES
Instead of a world tour, the band gathered at the New York home of Israel’s sister-in-law. Each member went gone through quarantine and Covid-19 testing prior to the session—a sign of their commitment to bring the presence of God through their worship to the entire world in this unusual time.

First streamed live as “Feels Like Home: A Quarantine Worship Experience”, the three-hour long concert saw the band seated intimately in a circle—much like our home cell settings—which brought about a sense of intimacy.

The album, which comes in two volumes of 14 and 13 songs, allows the listener to experience the presence of God—the same presence felt by many of those who tuned in to the live stream. The rawness of the sound adds on to the feel of being actually in a live concert, sounding quite unlike “live” albums that smack of studio post-production.

THE SONGS
The album includes the band’s rendition of popular hits such as “Echo”, “Reckless Love” and “See A Victory”. There are, however, a few songs that really stand out. 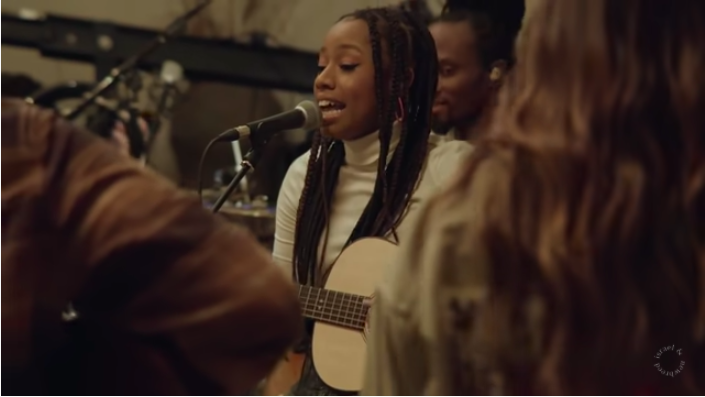 “In Jesus Name (Featuring DOE)”
This has become a signature tune for Israel and New Breed. However this version found in volume two features the powerful vocalist Doe Jones, known professionally as DOE. According to Houghton, he had been sent a video of DOE singing this song and he was immediately led to reach out to her to get her involved in the album.

Not only does DOE make the familiar song her own, with her smooth yet powerful vocals, the supporting vocal ensemble brings to mind a pitch perfect choir in church. Listen out for the bridge where DOE almost turns it into an opera with her  effortless high notes. 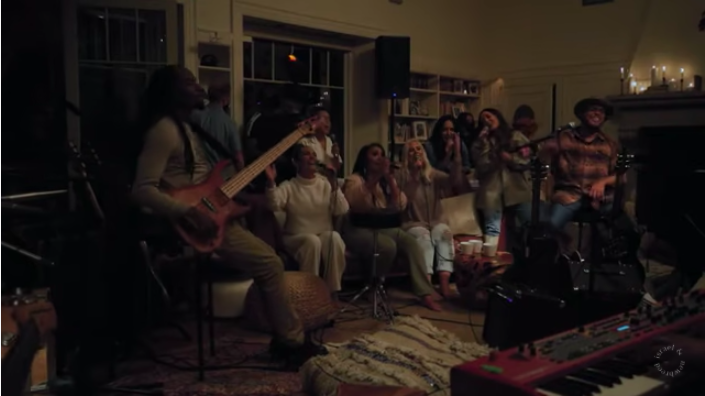 “Feels Like Home”
The title track of the album speaks of how we, as believers, feel completely at home where the presence of God is. Of course, the feeling of home has not escaped us the past year. Home is a place of comfort, shelter and security, and that is precisely what the being in the presence of God brings us. God is our comfort and shelter, and where He is, as the song says, “it’s where I belong”.

Feels Like Home is an album for a time such as this. The raw feeling and sound of the band in true and unadulterated worship and prayer really touches the heart. We pray that you will be blessed listening to this.

Feels Like Home Vol. 1 & 2 are now available at iTunes and Spotify. You can also catch the songs on CityRadio Air.