In last weekend’s sermon, Pastor Aries Zulkarnain delved into the first and final miracles Jesus performed in the Book of John to illustrate the extent of Jesus’ love for believers—both in good times and in tough times. 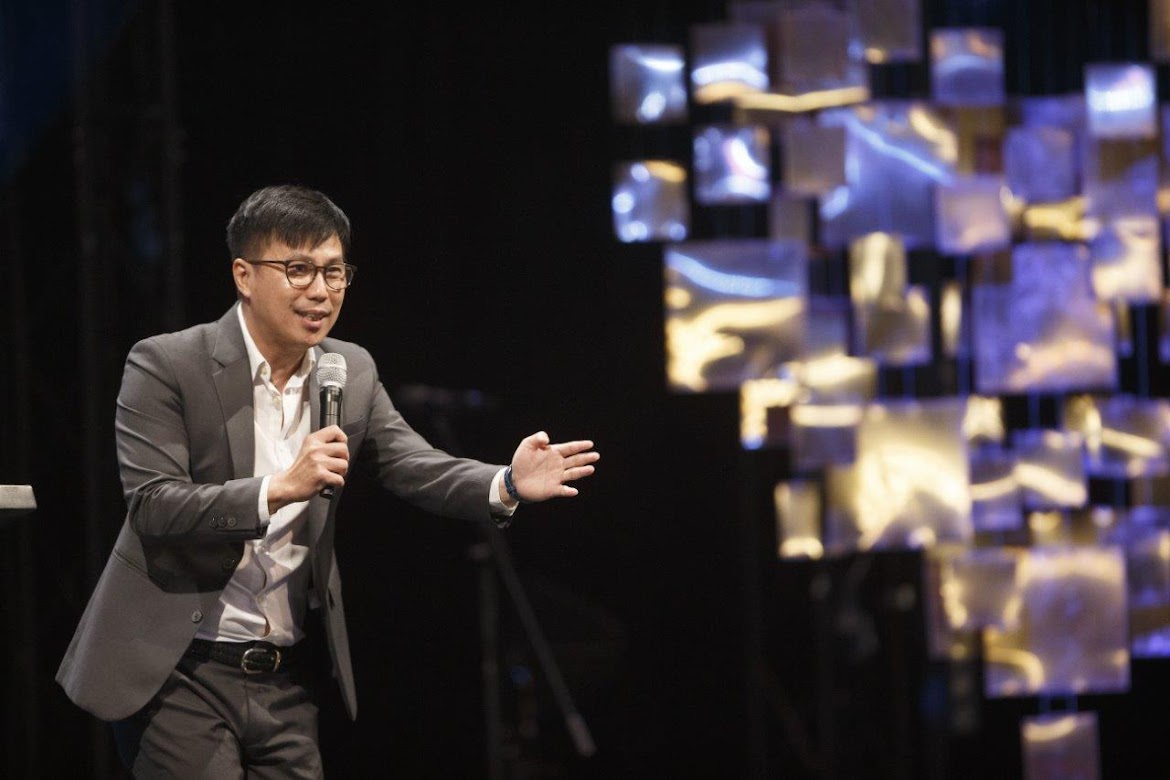 “Jesus will always be there for us in our times of grief and also in our times of celebration,” declared Aries Zulkarnain, the executive pastor of City Harvest Church, as he began his sermon last weekend (Mar 27 and 28). Preaching from the Book of John, he zeroed in on the significance of the first, as well as the final miracle that John recorded. From these two miracles, Pastor Aries unveiled the heart of Jesus for His believers, that they may gain an assurance of His love for them during the highs and the lows of life.

The first miracle happened at a wedding in Cana, and incidentally, the final miracle was performed at the funeral of Lazarus. These two occasions run in stark contrast. Pastor Aries revealed that John intentionally structured the gospel in this manner to remind Christians that Jesus will be there in good times and bad times.

“In good times, always remember to give God the glory,” he said. “But in hard times, learn to keep trusting the Lord; that He will ultimately get the glory by turning our bad situations around for good.”

MY TIME HAS NOT YET COME

The miracle that occurred in the wedding held in Cana is described in John 2:1-4. Upon knowing that they had run out of wine at the wedding, Mary, Jesus’ mother, implored Him to perform a miracle to solve this problem. He did not accede to His mother’s request immediately but replied saying “Woman, why do you involve me? My hour has not yet come” (Jn 2:4).

Pastor Aries noted that while it was “no big deal” to Mary that Jesus performed a miracle, Jesus Himself had a clear sense of God’s timing. He was fully aware of the precise hour and time to fulfil the specific purpose which He was sent to this world for—to die on the Cross as the sacrifice for the sins of mankind (Jn 12:23).

Hence, throughout the gospels, Jesus was careful not to draw too much attention to Himself prematurely. “In everything He did, from miracles to revealing who He was, He was careful to walk according to God’s timing,” Pastor Aries explained. In this same respect, Christians can get frustrated with God when they do not see an answer to their most fervent prayers. The default answer to resolve this always seems to be—”it is according to God’s timing”. Yet to many, God’s timing does not coincide with their pain.

Pastor Aries then reminded the church that while Jesus was concerned with God’s timing, He still cared deeply for the individuals’ needs. This is evident through what Jesus did at the wedding. After He had spoken to Mary, He went to the kitchen and instructed the servants to fill the empty jugs with water and proceeded to turn the water into wine.

“Just because you don’t feel God in your crisis, it doesn’t mean that God has stopped working. He is working behind the scenes to bring you into a place of the miraculous so that you can experience your best miracle—at the best timing!” Pastor Aries exclaimed. 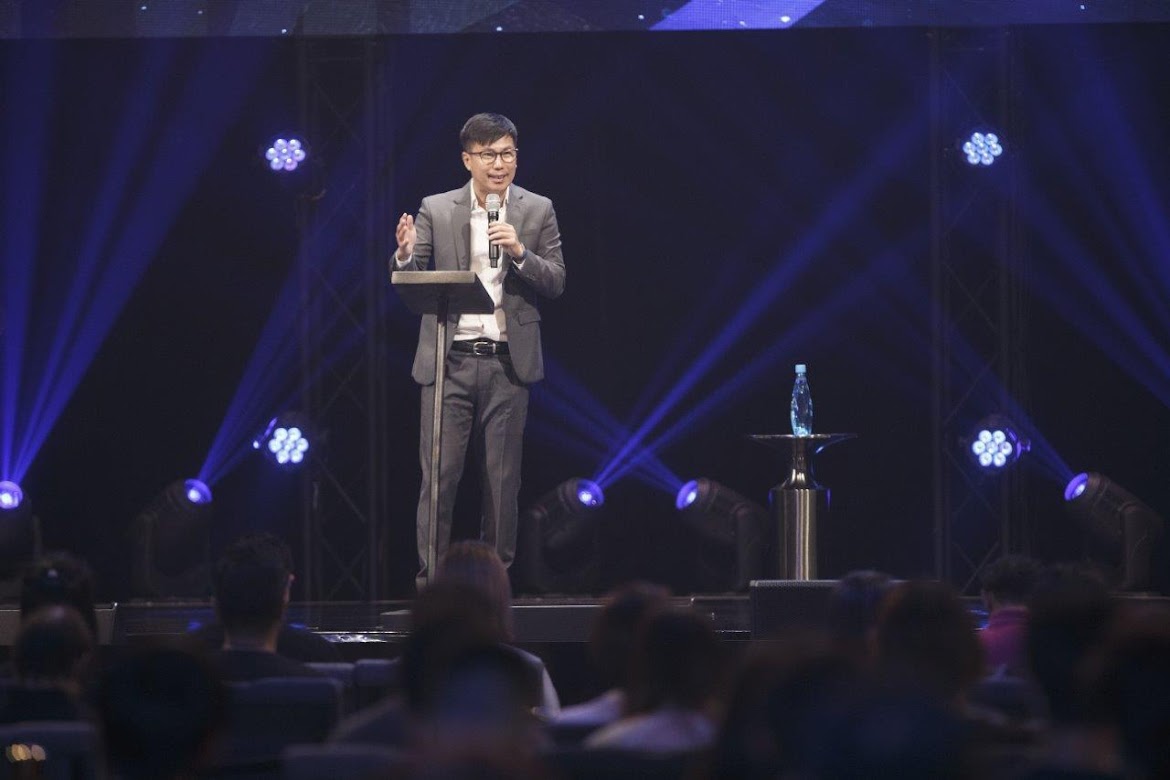 On this note, Pastor Aries reminded the church that while Singapore is blessed to be “shielded” from the full effects of COVID-19, many residing in other countries are still reeling from the premature passing of their loved ones due to the virus. During this season of Easter, while churches in Singapore celebrates Jesus, others could be experiencing disappointments because Jesus was seemingly nowhere to be found during their time of loss.

“What do you say to those who’ve lost their loved ones tragically or prematurely due to COVID-19, or even in an accident or suicide?” he questioned. “Church, I want you to know that Jesus cares.”

THE HOUR FOR THE SON OF MAN TO BE GLORIFIED

John 11:3-5 records the miracle of raising Lazarus from the dead. From the onset, when Jesus heard that Lazarus was sick, He knew that Lazarus’s sickness was “not unto death, but for the glory of God” (Jn 11:4).

When Jesus arrived four days later at the funeral, He was met with the grieving Mary and Martha. At that moment, Jesus’ Spirit was troubled and He wept (Jn 12:32).

“But why would Jesus weep when He already knew that Lazarus would be raised from the dead?” Pastor Aries asked. Shouldn’t He be full of faith and confidence? Was Jesus simply being dramatic?

In the NKJV translation, John 12:38 records that Jesus was “groaning in Himself” when He came to the tomb. That phrase in Greek means to “snort with anger” and to “charge with the earnest admonishment”. It speaks of righteous indignation.

Pastor Aries suggested that what truly grieved Jesus’ heart was not just the death that He saw before Him, but the anguish of the death that mankind would face if He did not die on the Cross to atone for their sins. “That day, Jesus felt your pain, hopelessness and anguish of being separated eternally from your loved ones at death,” he said. “Without Jesus dying on the Cross, there would be no hope for us to ever see them again in eternity.”

Pastor Aries revealed that this sermon was inspired by a pastor, Timothy Keller’s replies to a question on why Jesus wept. In his reply on Twitter, he wrote, “He wept because He was associating with the hurt of others AND because of sadness of death. His anger revealed His power to destroy it.”

Through Lazarus’ death, Jesus experienced humanity’s most intense feelings towards mortality and death. At that moment, He was overwhelmed with anger at the injustice of death and He charged towards the tomb to take action. He was angry at death and the power that it continued to wield over all of humanity.

This explanation is in line with the heading of this passage that reads, “Jesus and Death, the Last Enemy”. Jesus stormed to the tomb to confront Death himself. But Death would not take this lying down. He unleashed upon Jesus the most excruciating death that one could experience. The word, excruciating, was created because the pain Jesus experienced on the cross was beyond what words could describe. Excruciating literally means out of the cross.

THE LAST FACTOR THAT NAILED JESUS TO THE CROSS

Does Jesus care when our loved ones pass away suddenly? Pastor Aries proposed that Jesus cares enough to do something about it—it became the last factor that nailed Jesus to the Cross. “Your pain and my pain was enough reason for Him to die on the Cross,” declared the pastor. 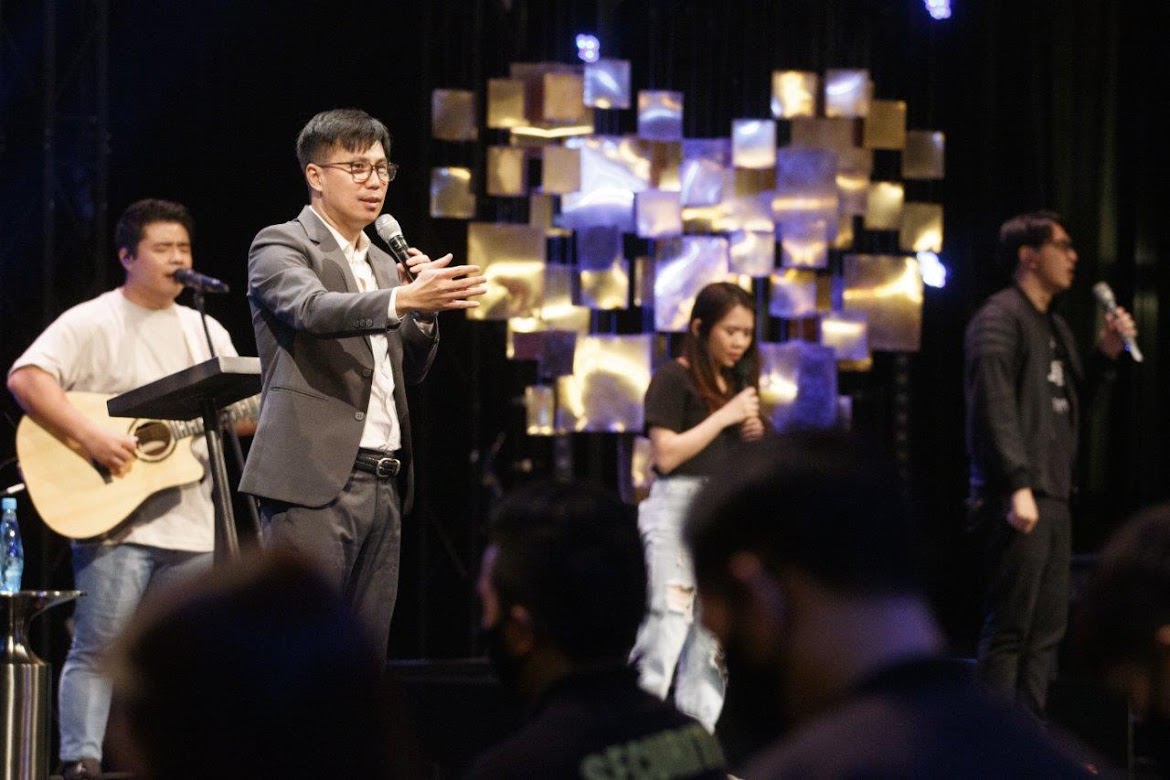 At the wedding, Jesus was unwilling to do a miracle in public because His hour had not yet come; but in this last miracle, Jesus raised Lazarus from the dead in front of a full crowd. “Because of this miracle, many Jews came to believe in Jesus,” Pastor Aries said. And this miracle also spurred the Pharisees to plot “to put Jesus to death” (Jn 11:53).

“Church I have good news for you! 2000 years ago on the Cross, Jesus has defeated Death. Death has no more power over us (Heb 2:14). One day, we will see our loved ones again in heaven,” he said, encouraging the crowd.

The pastor ended the service with a call for the church members to share the message of Easter with their loved ones so that they, too, can experience eternal life.