Studying the characteristic of the donkey Jesus rode on as He entered Jerusalem, Pastor Wu Yuzhuang preached about the kind of people God wants to use in His redemptive work.

At the start of his sermon on the weekend of Mar 20-21, City Harvest Church’s pastor, Wu Yuzhuang, reminded the church that Easter was just three weeks away. Sharing the story of Palm Sunday, the pastor preached on the topic of being available for God and His Kingdom.

The Holy Week, or Passion Week, depicts the last week of Jesus’ life on earth. It starts on Palm Sunday, the Sunday before Good Friday, and ends on Easter Sunday. It is important to note that all four Gospels focused heavily on this particular week. 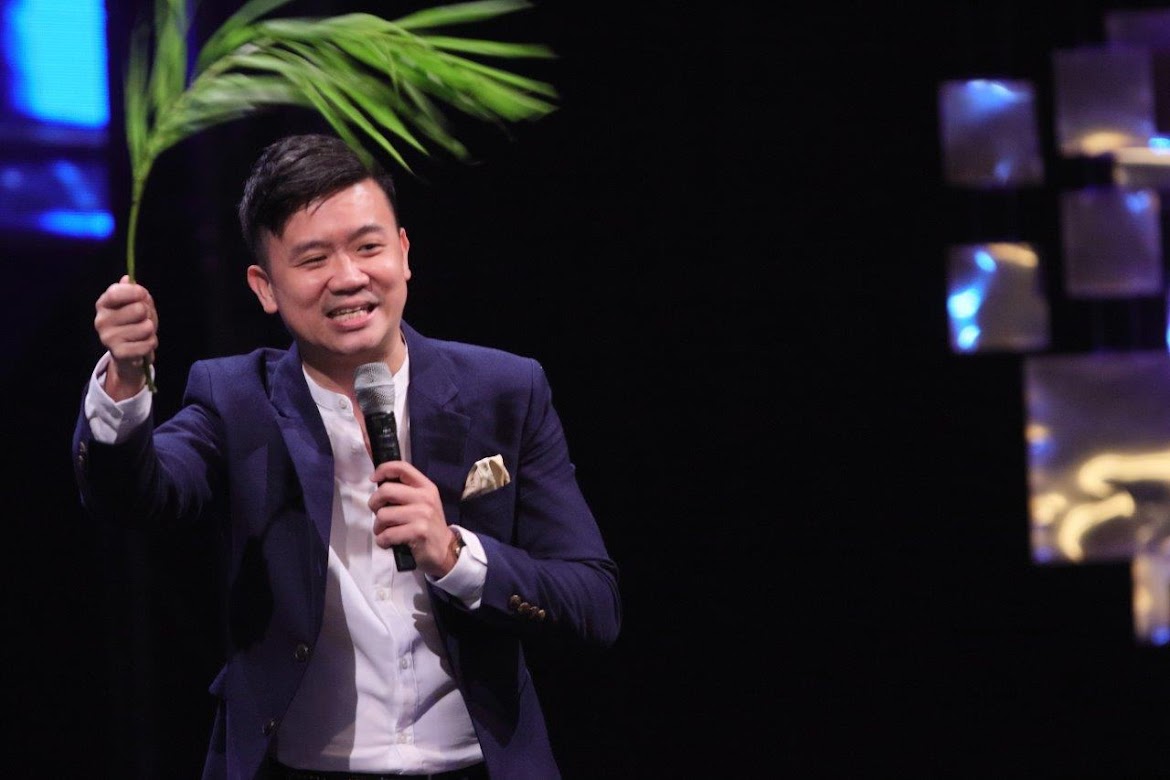 Pastor Zhuang gave a quick glimpse of the events that happened in the Holy Week starting from Sunday when Jesus made His triumphal entrance into Jerusalem, riding on a donkey. In that week, Jesus cleansed the temple, predicted His death, had the Last Supper with the disciples, was arrested and mistreated, died on the Cross and finally resurrected on Sunday.

Focusing on Palm Sunday, the pastor read from Matthew 21:1-3. He described how Jerusalem was bustling with activities the day Jesus entered the city because the Jews from all over the region had returned to prepare for the Passover. In the midst of the excitement, Jesus came riding on a donkey and the crowd waved palm branches, hailing him at the king of Israel.

This entrance was a fulfilment of the prophecy in Zechariah 9:9.

“Why did Jesus ride on a donkey and not on a horse?” Pastor Zhuang asked. He offered three reasons: firstly to fulfil the prophecy that was spoken to Zechariah; and secondly, to bring peace. The pastor noted that kings rode on horses in times of war, but they would ride on donkeys during times of peace. By riding on a donkey, Jesus was establishing peace between God and man.

Thirdly, Jesus wanted to identify Himself with the common people because a donkey was the common mode of transportation for the masses. Pastor Zhuang proceeded to touch on the characteristics of the donkey, relating to the kind of people that God wants to use.

GOD USES THOSE WHO ARE ACCESSIBLE

To be accessible is to be in a place where one can be reached, obtained, or approached. In Matthew 21:2, the donkey was right where it needed to be. Being accessible means being at the right place; at the right time when Jesus needed it.

He encouraged the church to position themselves where God is moving so that He can use them. “We can carry Jesus, His presence and His love to the places where souls can be saved,” he said. “Easter is in two weeks. This is the right time; but will you be at the right place?”

GOD USES THOSE WHO ARE IMPERFECT

Pastor Zhuang pointed out that in Matthew 21:2-3, it says that the donkey was tied up when the Lord chose to use it. “The truth is, God uses imperfect people who have issues in their lives”, Pastor Zhuang said. 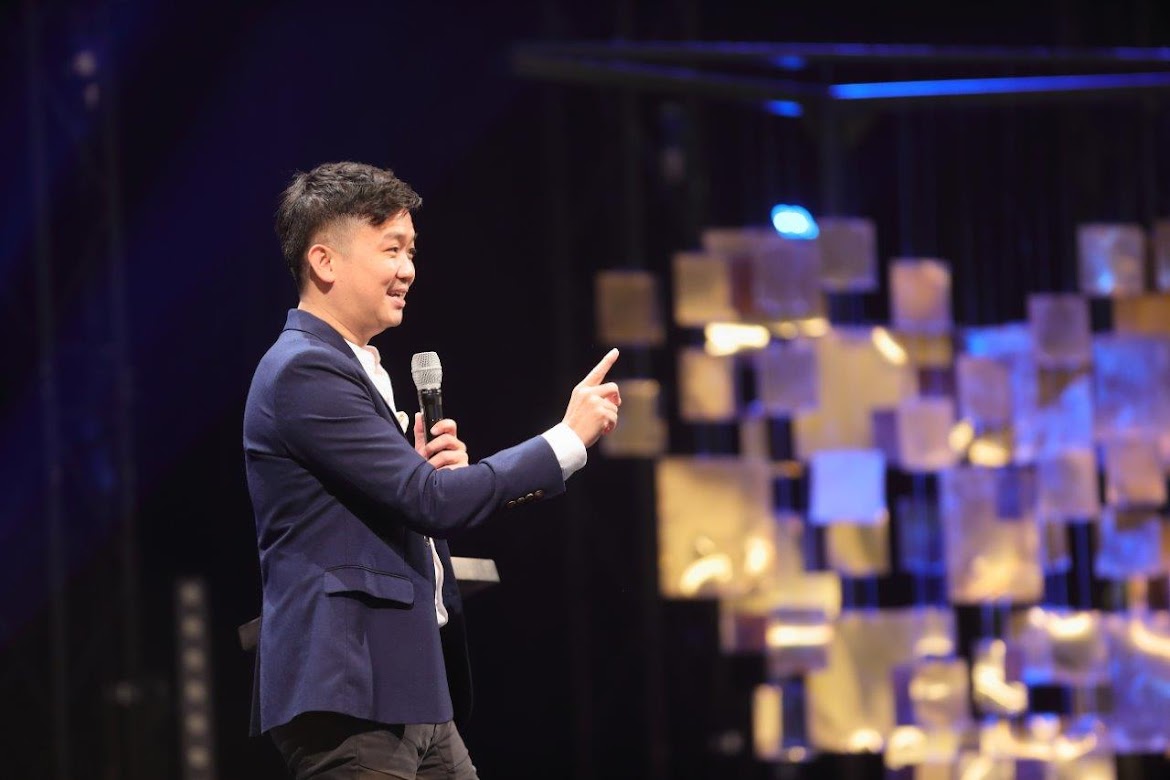 “Some people might think that God only uses perfect people—people who are strong; holy; with no struggles in life,” He continued. “But if God can use a lowly donkey that’s tied up, God can use you. If God could use fishermen to turn the world upside down, a tax collector to evangelise, a former prostitute to win cities, a small boy with five loaves and two fishes—God can use you too.”

Even if a person is tied up by his struggles and failures, God needs him for His purpose. Reading from Ephesians 5:27, Pastor Zhuang told the congregation that God specialises in taking the imperfect, cleaning them up and presenting them holy and righteous, white and wrinkle-free, so that they can be transformed into an instrument that God can use.

GOD USES THOSE WHO ARE AVAILABLE

Referencing Matthew 21:4, the pastor preached that God’s Word and will was fulfilled because the donkey was willing to be used by God.

By nature, donkeys are stubborn creatures; no one can make them do anything they are unwilling to do. However, when the donkey came to Jesus, something changed. It went against its own stubborn nature and yielded to the Lord; it did what the Lord wanted it to do.

“A touch of His presence and a glimpse of His glory will change us forever,” said Pastor Zhuang, reading from 2 Corinthians 3:18. He shared a quote from Kathryn Kuhlman, a well-known evangelist, saying, “God is not looking for golden vessels nor silver vessels, but God is looking for yielded vessels.”

“When you get to heaven, you will be surprised that God didn’t use many superstars and talented people. You will see ordinary people who were available and willing to be used by God,” the pastor preached. “God always uses the least likely to do the most mighty.”

When Judas disqualified himself from the 12 apostles, Matthias was selected to fill in the gap. Why was he chosen? The answer was found in Acts 1:21-22. The apostles wanted to “choose one of the men who have been with us the whole time the Lord Jesus was living among us”. This meant that Matthias had always been there, observing and availing himself to be used by God. “From one of the 70 elders, he became one of the 12 apostles,” said the pastor.

GOD USES THOSE WHO ARE WILLING TO WORK HARD

The donkey may not be the most well-liked animal, but it is good at one thing: carrying burdens.

“Are you willing to carry the burden for lost souls and work hard for the harvest?” the pastor asked. In 1 Corinthians 9:1, Paul said that he was willing to be a slave to all just so that he could win others to Jesus. Pastor Zhuang encouraged the church to do the same. “Be bold to carry Jesus’ presence into the marketplace, into your school and to your family. Be loving and positive, and start praying for the lost that you are hoping to reach out to.”

The pastor then related the story The Donkey of Gallipoli which took place during the First World War. Jack Simpson and his little donkeys earned the admiration of all the soldiers as they worked tirelessly day and all night to bring aid to at least 300 wounded soldiers. Simpson’s donkeys were a symbol of hope and safety to the soldiers injured in the battlefield.

Similarly, there are many broken and hurt people in the world today—people who hide their misery with a smile or a happy post on Instagram. Very often, these people are looking to the horizon for a donkey who would carry Jesus and come rescue them. 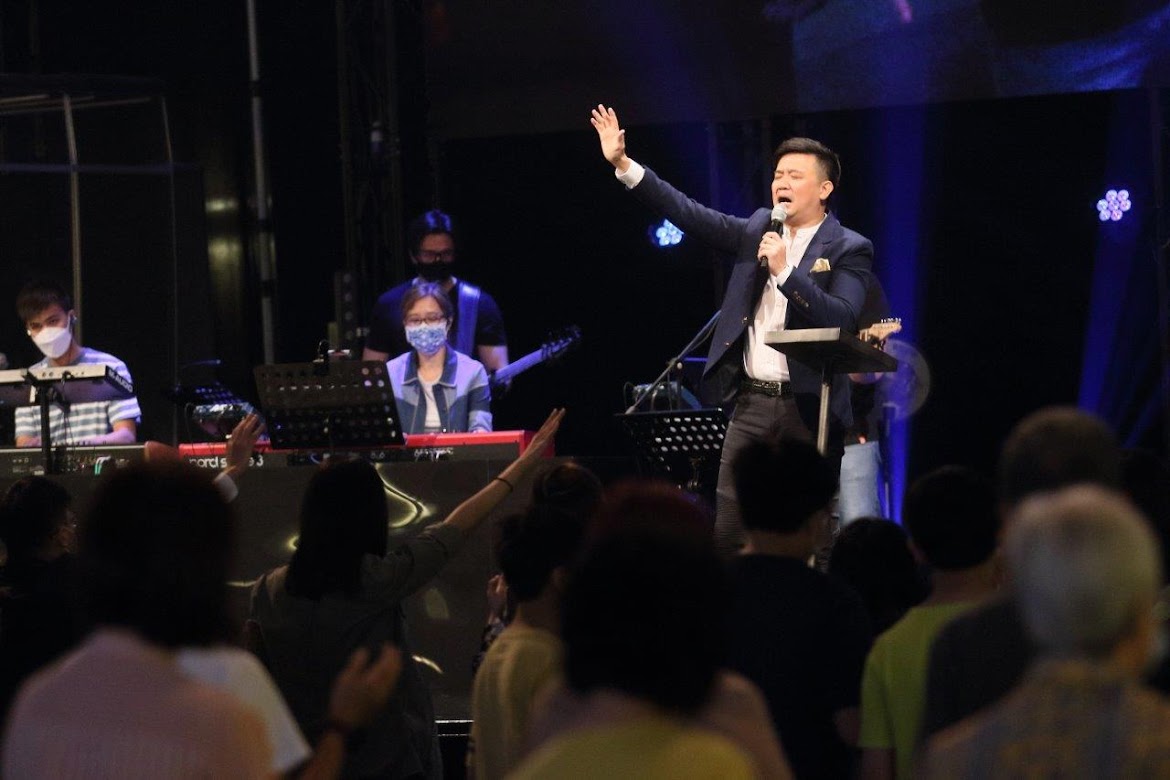 As he brought the message to an end, Pastor Zhuang read from Matthew 21:9 about how the people were shouting “Hosanna!” as Jesus entered the city. The word Hosanna comes from the words “yasha” which means ‘”save us”, and “anna” which means “now please”. When the people shouted “Hosanna”, they were asking God to “please save us now”.

This donkey was not there by accident as God had planned for it more than 500 years ago to be part of His redemptive work. “You are not here by accident. Before the foundations of the earth, God has a plan for you and I to play a part in His redemptive work (Eph 2:10),” Pastor Zhuang said. Jesus wants His people to carry His love and presence to a place where souls can be saved.

“One week before the crucifixion, this donkey carried Jesus into the city. We are two weeks away from Easter, will you give the King of Kings a ride? Will you be a donkey for Christ?” the pastor challenged. In closing, he prayed for God to use City Harvest Church in His redemptive work, to reach out to the lost this Easter.