Living a life for Jesus is difficult, yet it is a life filled with purpose and meaning. At the final Emerge Service of this year, Pastor Wu Yuzhuang delivered an impactful sermon on how the youths of this generation can live a life of purpose.

City Harvest Church’s Emerge Finale service, held on Dec 4, was unlike those in the previous years. In lieu of the COVID-19 situation, only 80 people could attend the on-site service while close to 1,000 youths joined in the service online. 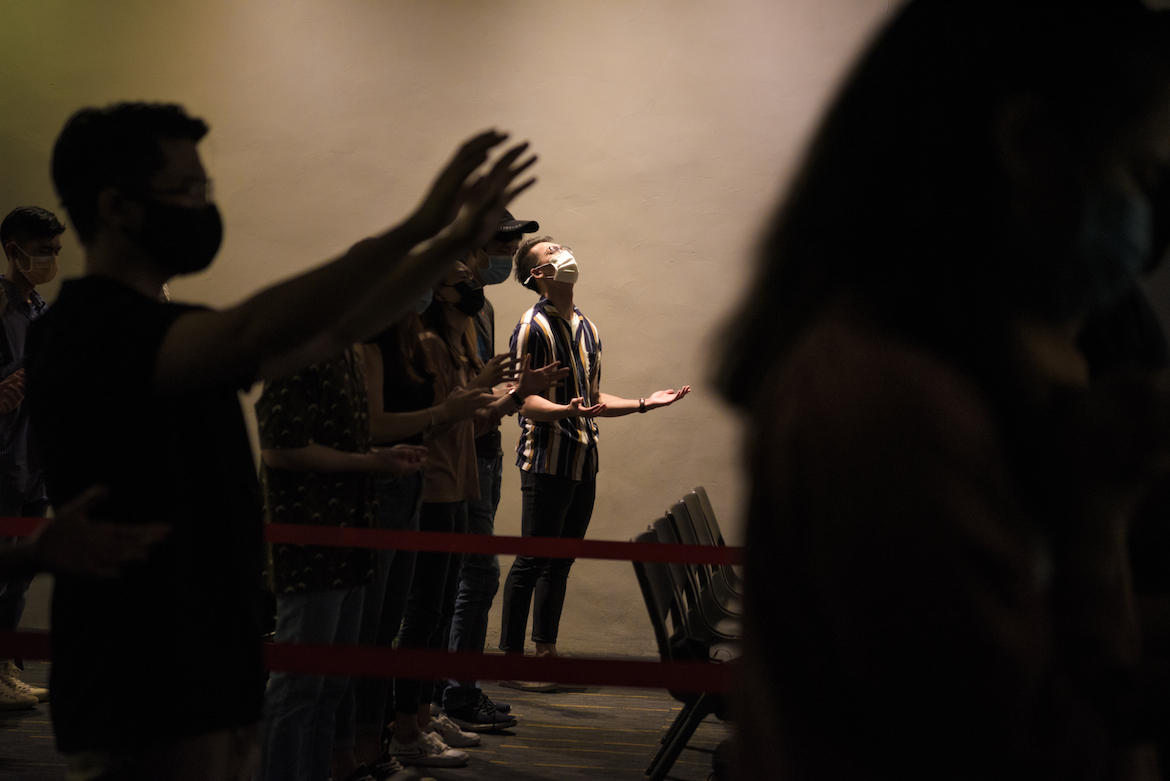 Emerge is City Harvest Church’s youth movement for members from 13 to 25 years of age. Held at CHC’s Jurong West premises, this service was visibly different from how an Emerge service would have gone in previous years. The youths could not sing aloud, only in their hearts, during praise and worship; also they could not mingle with their friends. But the atmosphere was no less vibrant and the message packed a powerful punch.

The youths attending the on-site service were treated to a pre-service game called “This Or That”. Pastoral supervisors Wayne Choong and Ong Wei Ren played hosts. The youths had to make a series of choices between two hilarious things—a simple game but one that elicited much laughter from the crowd.

Pastoral supervisor Johann Sim formally kicked off the start of the service with an offering message. Referencing Proverbs 4:18, he reminded the congregation of the promise of God, that as one chose to live right with God, their path would also gradually become brighter and brighter.

Johann then gave a powerful testimony from a youth named Holly from N532. As a youth, Holly and her sisters had to make ends’ meet by working numerous part-time jobs. However, despite their difficulties, she supported her mother’s decision to foster a young baby girl named Ruth. Balancing schoolwork, her part-time job as well as the responsibility of taking care of Ruth was definitely difficult, but as Holly continued to make the choice to live right with God, her path gradually became brighter and better. She did well academically and was placed on the dean’s list. Baby Ruth also grew up healthily and without any complications. At the end of the message, Johann encouraged the congregation to make their choice to live right with God and commit their ways to Him.

LIVING A LIFE OF PURPOSE 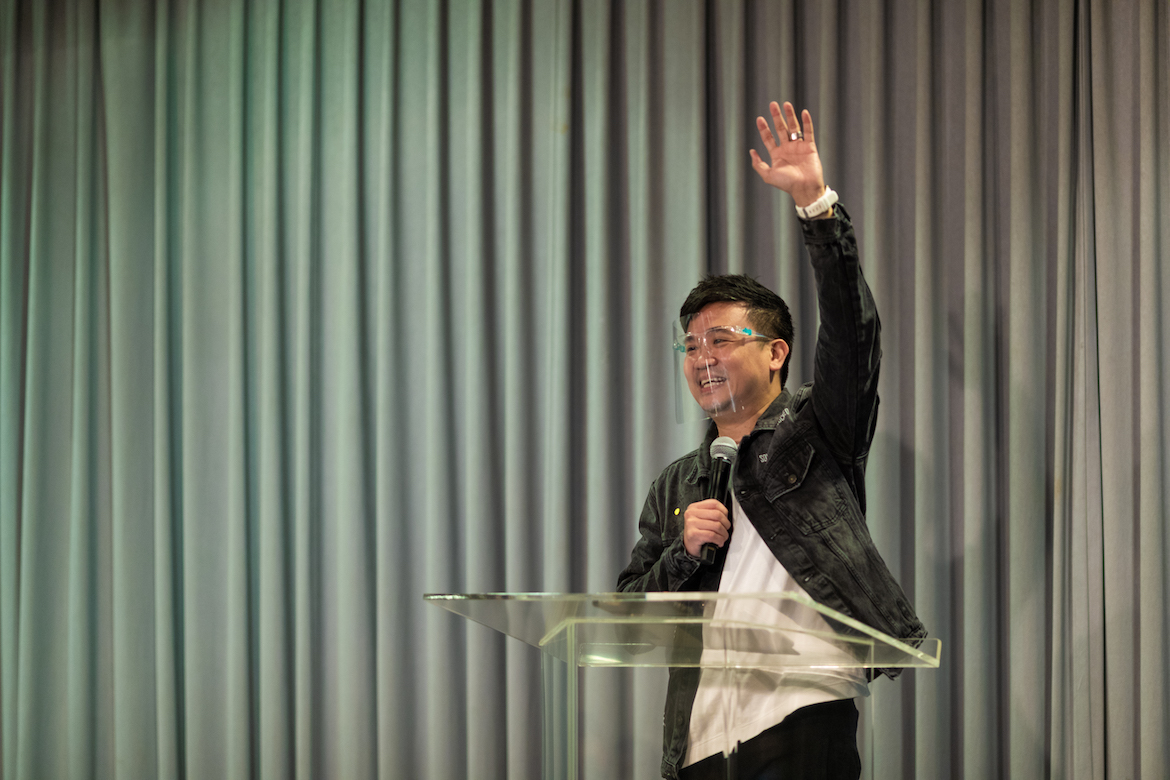 “You have been called and commissioned by God to live a life of purpose,” the pastor declared. “You are not the result of a cosmic incident or a relational accident. You are intentionally placed on this earth by God.”

In the universe that God created, everything has a part in His divine plan. Everything that a person experiences since he is born plays a part in their destiny. God uses every experience—even a person’s failures and defeat—to fulfil His purpose.

He illustrated his point using the example of Moses. Moses grew up without his birth parents, separated from his family. But on hindsight, he received the best education in Pharaoh’s house preparing him to eventually lead God’s people out of Egypt one day. His life was a series of for-some-strange-reasons: it was by chance the Pharaoh’s daughter happened to find him in his basket floating down the river; by chance his mother was brought in to nurse him; by chance he managed to live in Pharaoh’s palace for 40 years.

“Life may seem like a series of strange coincidences, but these incidents were pre-planned by God so that His purpose can be fulfilled in our lives,” the pastor explained.

Secondly, your purpose calls out to you. The word “vocation” is a Biblical concept. A person’s vocation goes beyond his occupation—it is a divine call to a place of service to others in accordance with the divine plan of God.

At this juncture, Pastor Zhuang’s phone started ringing. He explained that just like the phone call, God’s purpose is calling out to every individual. One can choose to either respond to the call or choose to reject, or to delay picking up the call.

“Your purpose calls out to you through your gifts and talents, the desires in your heart, and most of all through the Word of God and the Holy Spirit,” he said.

Thirdly, knowing your purpose prepares you for eternity. The pastor noted that there is a basic human instinct of wanting to make a mark on the earth, to be remembered by future generations. “Yet, what ultimately matters most will not be what others say about your life but what God says.”

Pastor Zhuang encouraged the youths not to merely build an earthly legacy, which would only be temporary. A wiser use of time would be to build an eternal legacy, he advised. One day, each individual will have to stand before God to do an audit on his life.

In conclusion, the pastor reminded the youths that God’s purpose for their lives is often not for them but for others. Reading from Jeremiah 1:5, the pastor noted that Jeremiah was appointed as a prophet not for himself but for the world. Similarly, the purpose of Abraham’s, Jacob’s, and even Jesus’ lives was for those who came after them.

Pastor Zhuang explained that if one’s purpose was only himself, he may come to a place where he feels that his sacrifice is not worth it. However, if one comees to the realization that he was made for others, he would have the strength and courage to persevere to the end.

Looking at Jesus in the Garden of Gethsemane, Pastor Zhuang pointed out that He knew that the suffering ahead would be immense. Yet in Hebrew 12:2, the author noted that Jesus endured the cross “for the joy set before Him”. The pastor told the youths that while serving as a leader, such as a cell group leader, may seem tedious, reaching out to others is difficult, and showing love to people is hard. But when one sees that the purpose is for the sake of others, they will find the strength to do so.

At the end of the service, an altar call was given for the youths who wanted to respond to God’s call on their lives. 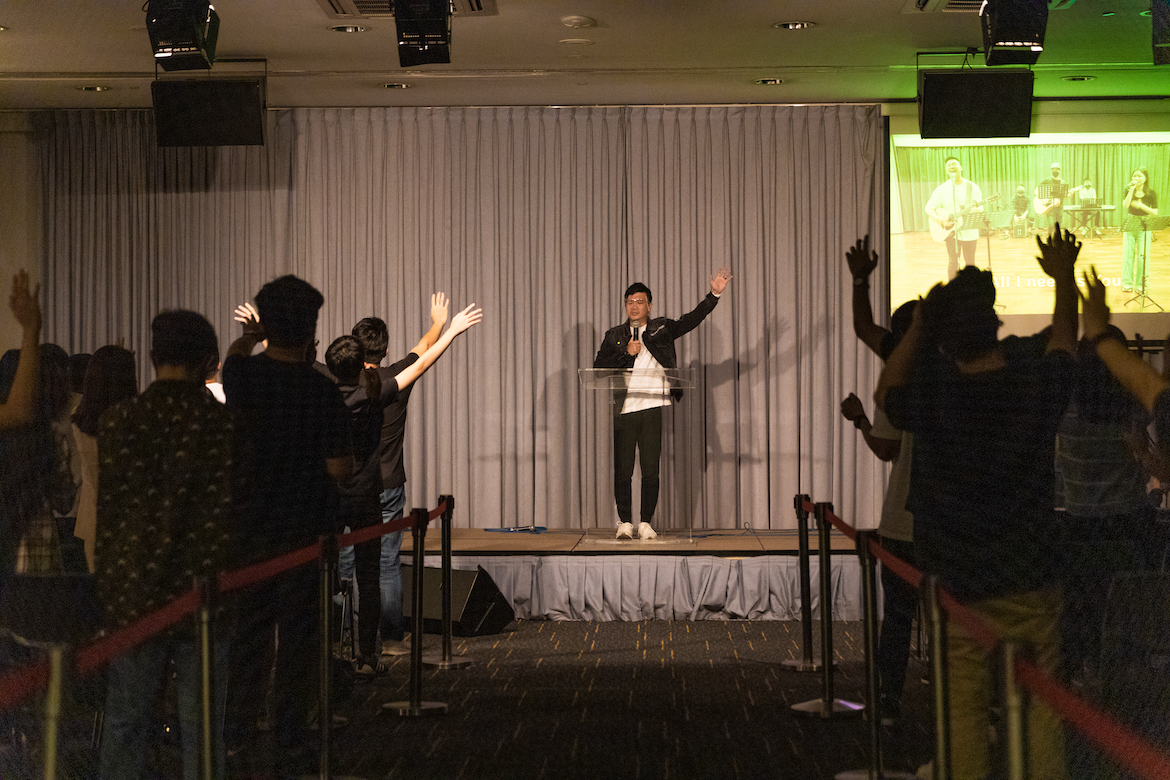