Sy Rogers, who preached at City Harvest Church throughout the 2000s, passed away from kidney cancer yesterday. He will be remembered as a witty and courageous preacher who did not shy from telling the truth about biblical sexuality.

“I find it remarkably ironic that, of all the men in the world, God picked me as his public example of redeemed manhood. How very like God to choose the person that no-one else would. But God’s version of public relations is different from that of humans.” ~ Sy Rogers 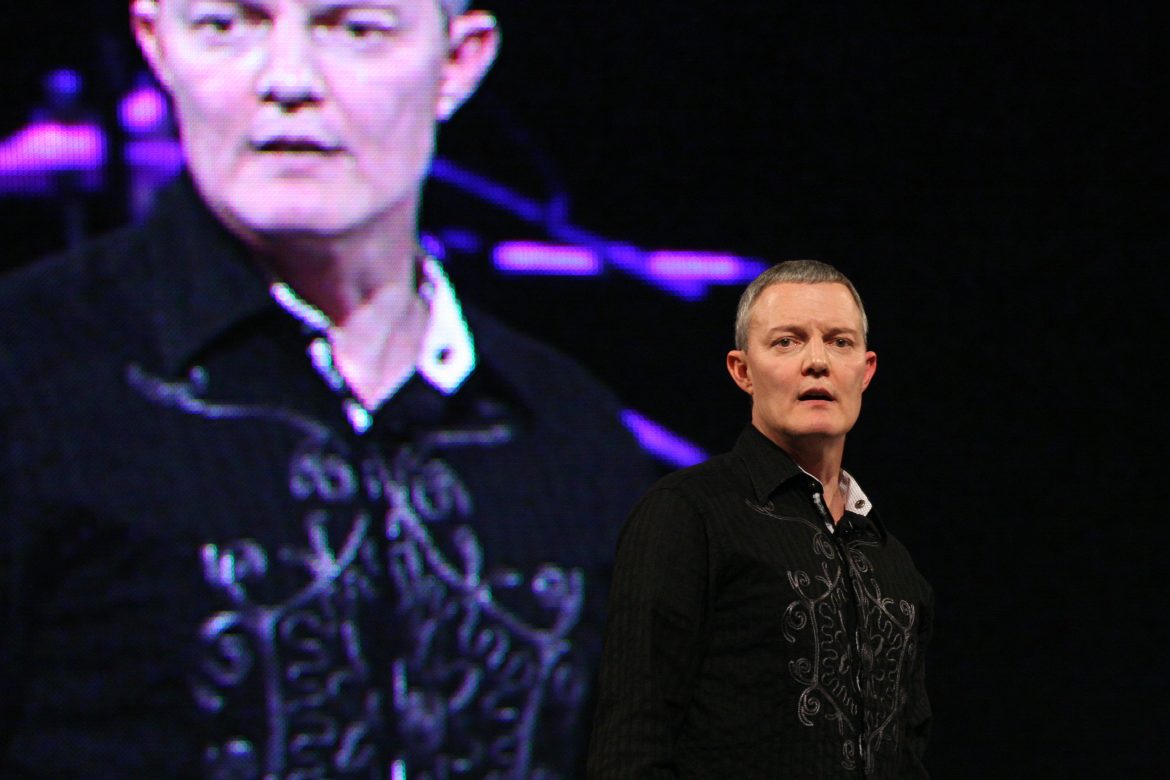 Sy (Synclair) Rogers, a leading Christian voice on the topic of biblical sexuality, passed away yesterday (April 20) after a battle with kidney cancer. He was 63. He was first diagnosed with the disease in 2015, but successfully overcame it. He suffered a relapse late 2019. He is survived by his wife of 38 years, Karen, and their daughter and grandchildren.

Pastor Sy spoke at City Harvest Church often in the 2000s, and was friends with CHC’s senior pastor Kong Hee and his wife Sun for nearly three decades.

“When I first received the news that Sy Rogers had gone home to be with the Lord, my heart was truly broken,” says Pastor Kong. “Sun and I have known Sy personally for almost 30 years, and I first got to know him in the 1980s, when he was working at Church of Our Saviour. Over the years, he has been a dear friend and brother to us. We will never forget the first time we had coffee with him at the restaurant of the now-defunct Lion City Hotel. Sy was colorful, hilarious and totally unpretentious, and I immediately struck up a friendship with him from that moment on.”

Pastor Sy was a former homosexual who sought and found Jesus at the lowest point of his life—he had made a decision to undergo gender reassignment, but while on hormone therapy he found himself depressed and suicidal, and sought God. His conversion marked a radical change in him, and saw him turning from his homosexual lifestyle and becoming a pastor. As a Christian he developed a sense of emotional security and gender identity—he became heterosexual. He met his wife at Bible college, married and started a family. His testimony was captured in a DVD, One Of The Boys, and also in a Last Ministries pamphlet titled “The Man In The Mirror”

“Sy had always been very open to share about how God had transformed his life,” says Pastor Kong. “With grace and truth, he brought great clarity and taught us how to help those who struggle with issues pertaining to human sexuality, and how to deal with the social stigmas in our world. His heart of compassion for all was genuinely felt by our church.”

Pastor Kong adds, “One of the greatest statements I have ever heard in my life is the one Sy made the first time he ministered at CHC. He said, ‘We all struggle with temptations in our own ways, but no matter how seemingly insurmountable those temptations are, we walk away from them, for nothing else but simply because we desire to be disciples of Jesus Christ.’ So true.” 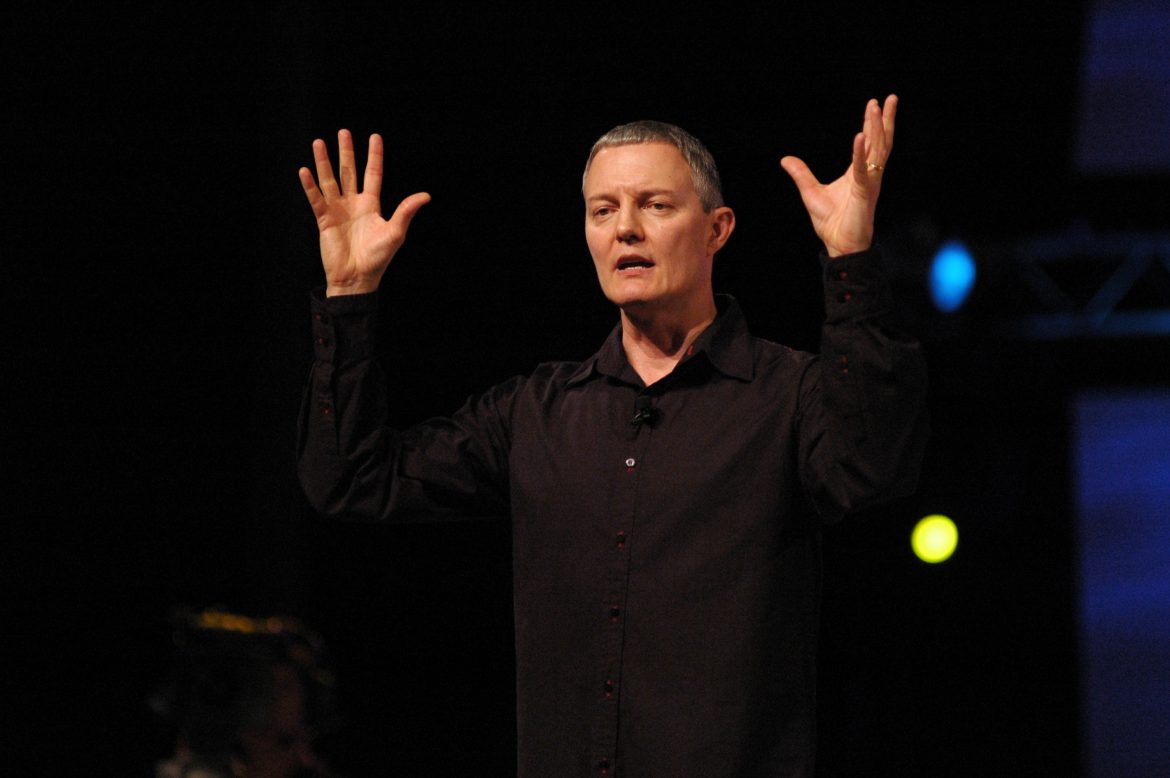 Pastor Sy’s ministry was understandably controversial—he spoke with courage and conviction, not just about not being gay, but about pursuing Jesus. In the 1990s, he headed Exodus International in Florida, an ex-gay organization that helped people who wanted to leave their homosexual lifestyle. In Singapore, as a member of the pastoral staff at Church Of Our Saviour, he helped start Choices, an LGBT counselling program. His message was uncompromising, but he was clear that ex-gay did not mean anti-gay. In 1988, Pastor Sy was reported in the Chicago Sun-Times as saying, If you want to stay gay, that’s your business,… But the bottom line is, you have a choice to overcome it. You can change…The goal is God—not going straight. Straight people don’t go to Heaven, redeemed people do.”

Pastor Sy’s passing has been deeply mourned by Christians all over the world. Tributes from global Christian leaders fill social media. Pastor Phil Pringle of C3 International wrote on Instagram: “So sorry to hear of Sy Rogers’ passing. Our prayers are with Karen and family. What a voice he has been. His testimony has rung around the world for years in the face of so many contrary opinions. Thank you Sy for your bravery. You have strengthened and blessed the church and helped her into the future. Thank you. #finishedstrong”

Pastor Derek Dunn of City Harvest Church, US in Orange County shared, “He broke down many stigmas and rallied the church to reach the broken. He was a great communicator, had a pastoral heart of gold and always emulated Christ on and off the stage. I always cherished our sushi lunches with, of course, extra wasabi (his favorite). You were a blessing to many and will be greatly missed and I know Heaven welcomes you with a standing ovation.”

“When I heard yesterday morning that Sy has gone home to be with the Lord, I teared,” says Pastor Kong. “The last time I met him was at Los Angeles Airport a few years back, when we ended up having coffee together and laughed over ministry life. To me, Sy was one of the bravest men I have had the privilege of knowing on this side of eternity, and I can only imagine the joy unspeakable and freedom that he is fully experiencing in the presence of the Lord Jesus right now. We are all going to miss him dearly. Till we meet again in heaven, my brother and friend! Our deepest condolences to his wife Karen, their daughter, and grandchildren.”

If Pastor Sy touched your life, you can leave his family a tribute message here.

Click to read an excerpt of Pastor Sy’s testimony The Man In The Mirror.