Do We Have “Too Little Faith”, Or Is “Mustard Seed Faith” Enough?

Jesus once chided his disciples about having so little faith, in the next breath saying that mustard seed-sized faith is enough to move mountains. Aries Zulkarnian unpacked this seeming paradox during last weekend’s service. 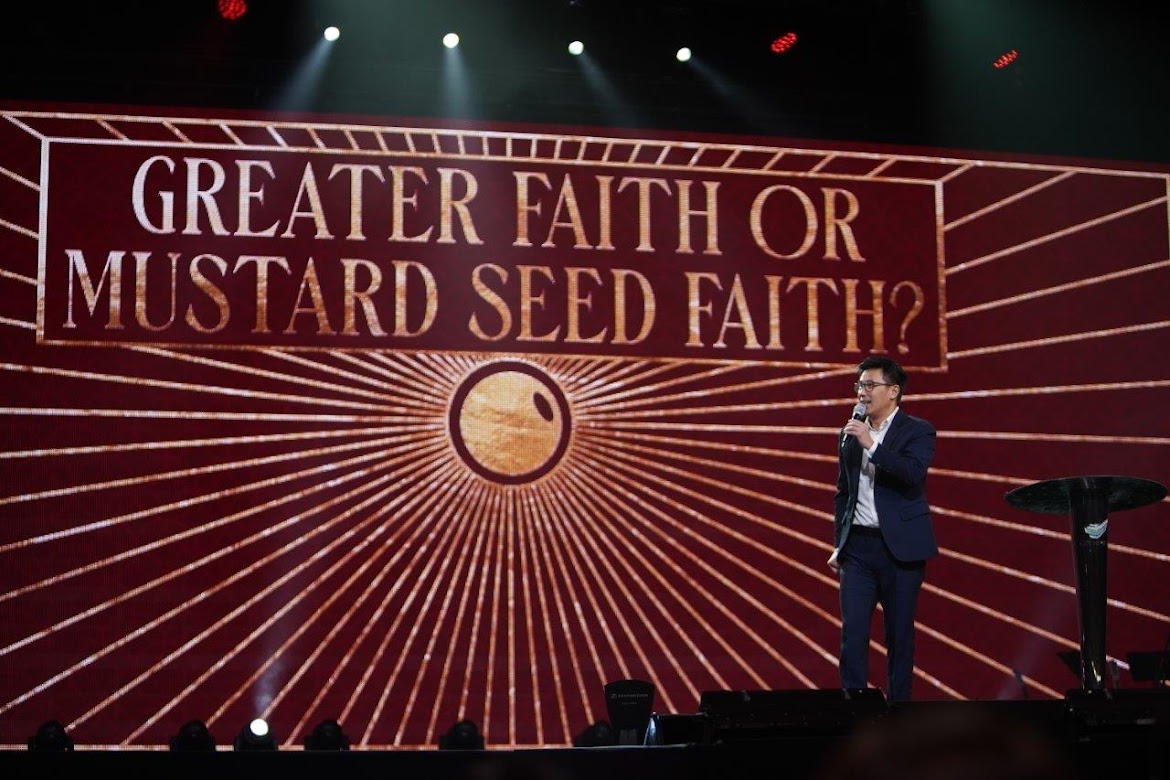 At the beginning of the year, many believers find themselves asking God to “increase their faith” for the new year, so that they can experience greater things in their lives. City Harvest Church’s executive pastor, Aries Zulkarnain delivered a word on the weekend of Jan 18 and 19 on what Jesus really meant when he spoke about having faith the size of a mustard seed.

Christians often go to Matthew 17:20 when they speak about faith, yet the verse seems to contradict itself. It reads, “He replied, “Because you have so little faith. Truly I tell you, if you have faith as small as a mustard seed, you can say to this mountain, ‘Move from here to there,’ and it will move. Nothing will be impossible for you.”

FAITH FOR THE NEW YEAR

“This verse is a paradox,” noted Pastor Aries. “Because on the one hand, Jesus told the disciples that the reason that they could not cast out the spirit from the boy was that they had so little faith.” In the same breath, Jesus told them that as long as they had faith as small as a mustard seed, they could move mountains.

So which one is it that we need to have: A greater faith, or one as small as a mustard seed?

Using an analogy of earning one dollar a month as the minimum measure of success, Pastor Aries shared that maybe the only reason why some might find it hard to earn a dollar a month was because they are given that dollar every month and hence have no motivation to even earn a single dollar.

Returning to the verse, Pastor Aries explained that the “mustard seed faith”, or the lowest level of faith anyone can have, is to simply believe. The disciples could not fulfil that simply because they have always relied on Jesus to do the believing.

Jesus was challenging His disciples if they would always need Him to be physically present in order to have faith. The disciples’ faith was little because they needed evidence to have confidence and to trust God.

“The mustard seed faith that Jesus was referring to is to believe even when you don’t feel or see evidence in front of you,” explained the preacher.

Pastor Aries went on to encourage the church to have faith despite how they felt about a situation. “Your negative feelings are only a contributing factor, not the deciding factor to your faith,” he said.

Believers must learn to trust in God even when they do not feel good about it.

The main problem the disciples faced was their unbelief. Many Christians face the same issue. They have trouble believing that God can do a miracle for them. When they find themselves in terrible situations, they wonder if God really loves them. Pastor Aries shared that if Christians live with that attitude, they will not only face unbelief but they will expect God to perform miracles just to prove His love for them—in the same way Jesus’ brothers did in John 7:1-5.

“God does His miracles because He loves you, not to prove His love for you!” Pastor Aries pointed out. “The proof of His love for you was by dying on the cross for all men.”

No amount of evidence will be enough to convince unbelief. Pastor Aries urged the congregation that instead of asking for more faith, they need to get rid of their unbelief and be steadfast in their faith.

FAITH FOR THE CHINESE NEW YEAR

Pastor Aries went on to second verse where Jesus spoke of the mustard seed faith.

Luke 17:1-4 reads, “Jesus said to his disciples: ‘Things that cause people to stumble are bound to come, but woe to anyone through whom they come.  It would be better for them to be thrown into the sea with a millstone tied around their neck than to cause one of these little ones to stumble.  So watch yourselves.  ‘If your brother or sister sins against you, rebuke them; and if they repent, forgive them.  Even if they sin against you seven times in a day and seven times come back to you saying ‘I repent,’ you must forgive them.” 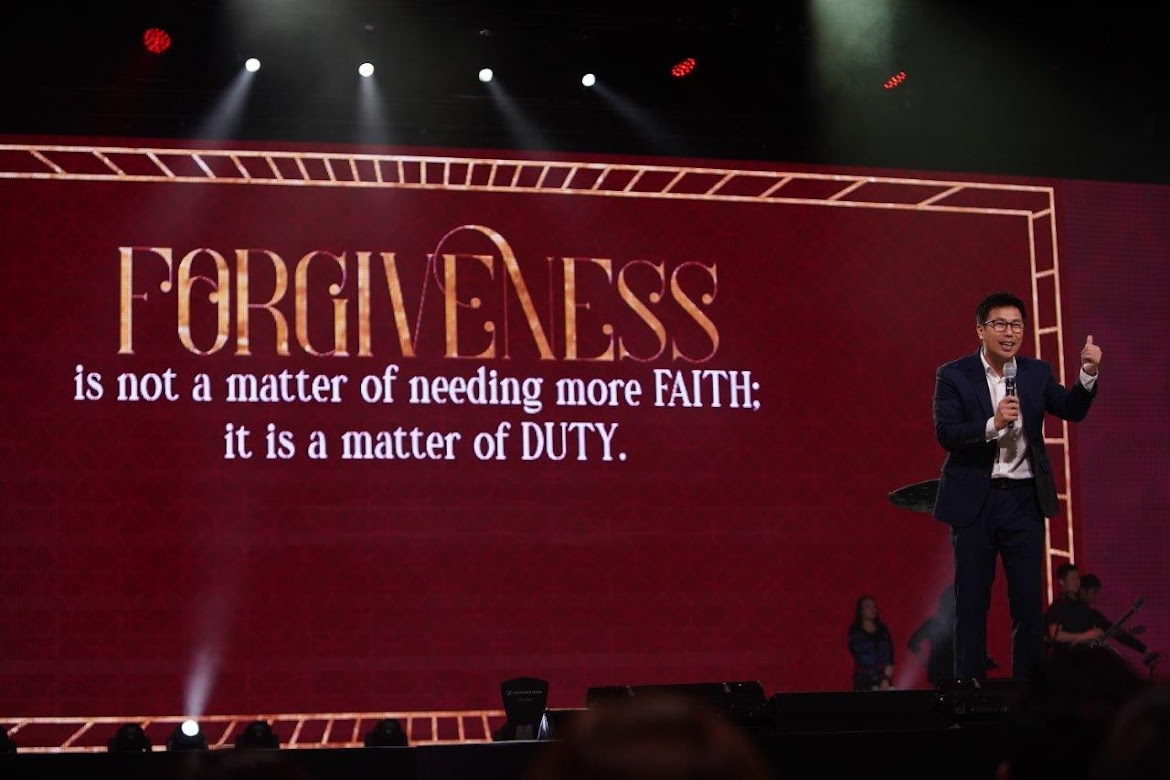 Jesus was trying to say that offenses and hurts will come, but what is important is who these offenses and hurt will come from. “What we cannot accept or handle is when our own brothers and sisters—our own family members—hurt us,” Pastor Aries said.

After Jesus told the disciples to forgive their brothers and sisters, the disciples asked Jesus to increase their faith (Luke 7:5). Similarly, Christians today may find that they require more to forgive their closest family members or spiritual family members that hurt them. Again, Jesus told them that as long as they had faith as small as a mustard seed, they can move a mulberry tree (Luke 7:6).

Yet after that Jesus told His disciples a parable in Luke 17:7-10, “Suppose one of you has a servant plowing or looking after the sheep. Will he say to the servant when he comes in from the field, ‘Come along now and sit down to eat?’  Won’t he rather say, ‘Prepare my supper, get yourself ready and wait on me while I eat and drink; after that you may eat and drink?’  Will he thank the servant because he did what he was told to do?  So you also, when you have done everything you were told to do, should say, ‘We are unworthy servants; we have only done our duty.’”

As he closed his sermon, he reminded the church that they have experienced the grace and forgiveness from Jesus—it is now their duty to forgive others. 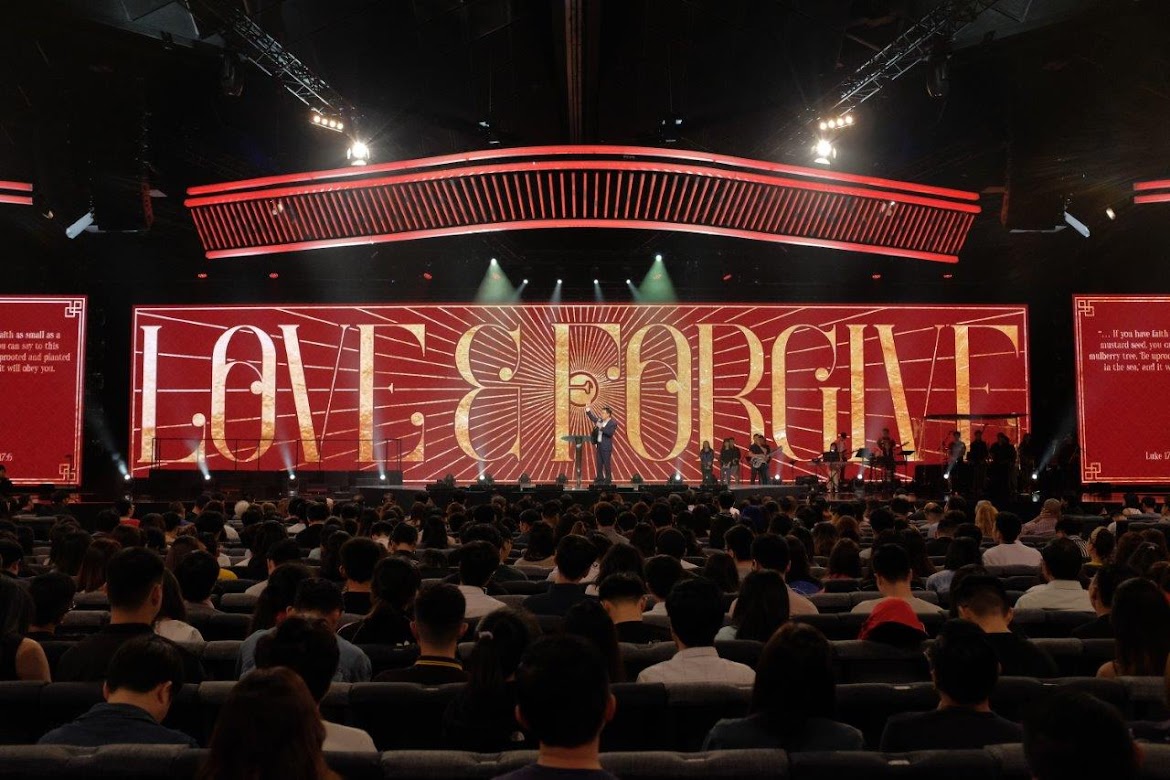