Is Kanye West The New Face Of Christianity?

His album Jesus Is King is both embraced and reviled by Christians of different camps. Love him or hate him, Kanye West has succeeded in making the world declare that “Jesus is King”. Our writer presents his observations about this much-talked-about conversion of the man who once called himself “god”. 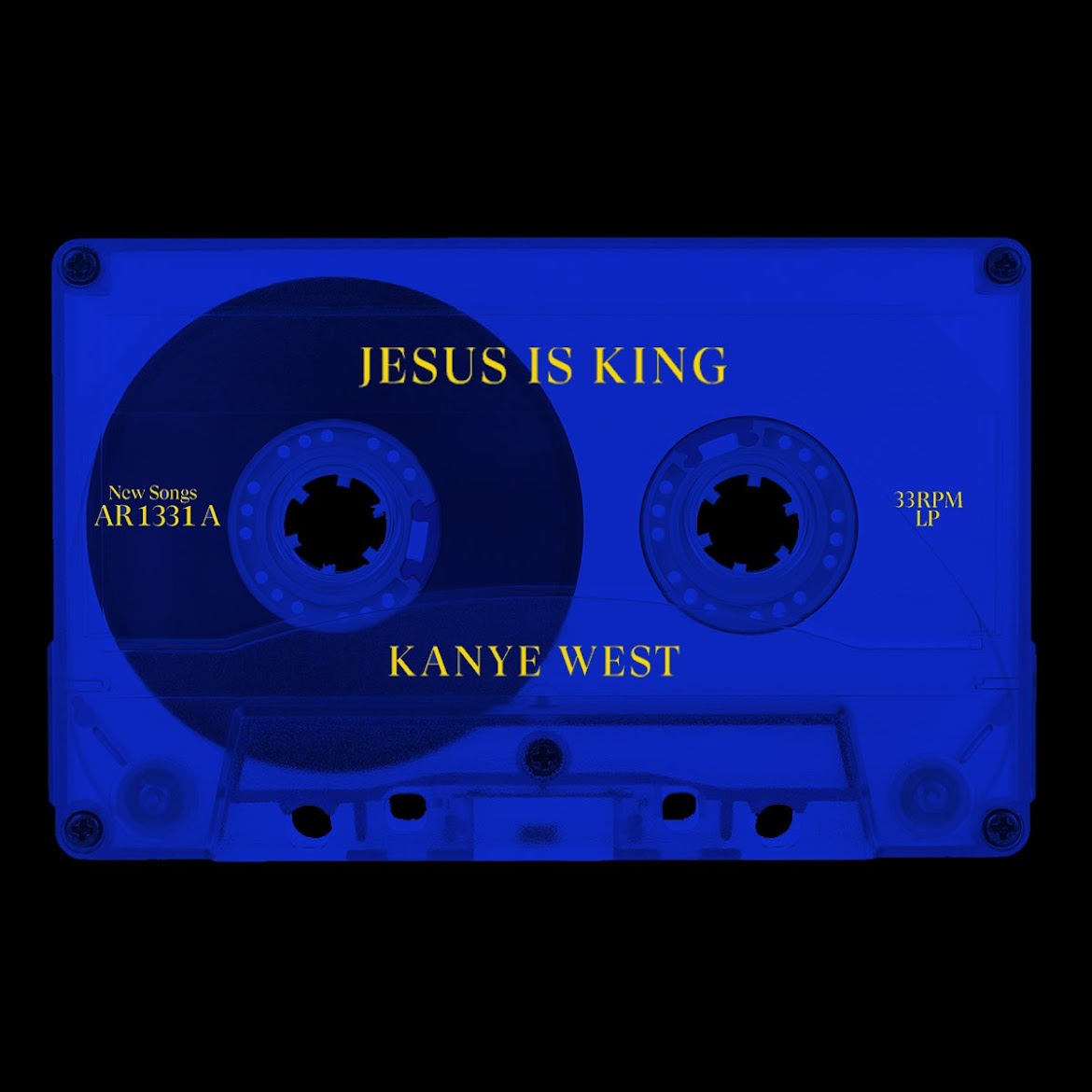 Kanye West has made everyone talk about Christianity through his newly-released album Jesus Is King. While it should have been a celebration on the evolution of gospel music, the album and the artist became a platform for discourse towards a divide within the Christian community. Ironically, though unsurprisingly, his greatest detractors appear to come from the black Christian community.

If anything, Kanye West has shed light on certain ills within what is supposed to be the Body of Christ. With his thoroughly new approach to spreading the gospel, this unsolicited revival seems to have become a threat to some traditional Christians. From spiritual renditions of pop hits, unorthodox “Sunday Services” (Kanye’s listening parties for this album are held on Sunday in stadiums and include a gospel message and altar call), and non-sectarian devotion, to songs about Chick-Fil-A and the IRS and controversial takes on social issues, Kanye challenges Christians of all denominations to make their next move.

Kanye’s conversion presents the uncomfortable nuances of becoming a Christian, albeit with artistic flair and slick ego. He is a hard-to-swallow pill of modern times, one that brings out into the open the hushed-up long-standing illnesses of the Christian community and gets them all talking about it.

As one journalist wrote, “Anyone with a pulse would have heard of the release of Kanye West’s Jesus Is King.” It would be a shame if the Christian leaders of this world refuse to listen to any of these songs, and worse, fall back to the tired, old escapist route of telling their church members to avoid this album. They would be cutting themselves out of witnessing its impact on the world’s reception of the gospel. Neglecting this opportunity would be an impasse for church growth. 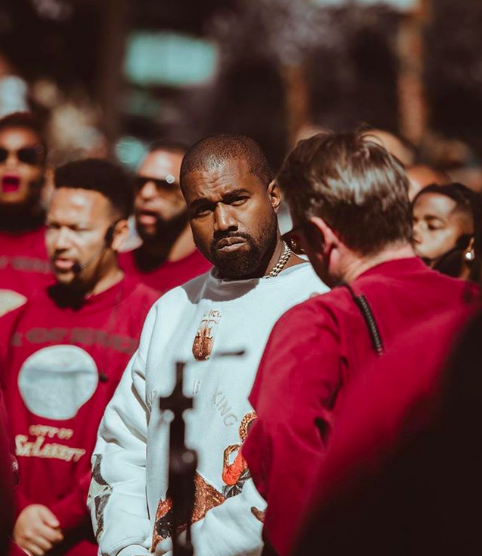 SO, IS KANYE REALLY SAVED?
The sceptical Christian is probably speculating on Kanye’s reason for conversion, for a whiff of anything other than genuine faith. It’s true many artists have tried to pander to Christian audiences. The sceptic may even produce as evidence the fact that all songs in the album are charting on the Billboard Top 100. His fame and fortune are fit criteria for fraudulent faith, surely. After all, “It is easier for a camel to go through the eye of a needle than for someone who is rich to enter the kingdom of God.” (Matthew 19:24)

But to read this text as a border wall for salvation would be wrong exegesis when it actually implies a narrower, thread-like path for those who have attained the riches of the world; it still connotes a possibility that Christians must not take for granted. Given the benefit of the doubt, West might have successfully squeezed through the needle.

Kanye West said in an interview with Apple Music, “I’m not a theologian. I’m a recent convert.” This speaks volumes of how he presents himself to the world: a person who has just received the joy of salvation, still stained by the sins of the past and the influence of the world. As with many new converts, Kanye is currently going through his season of reckless enthusiasm. The interview goes on to discuss his walk with Christ as “an attempt to be better than the first day (he) became a Christian.”

A VERY PUBLIC FAITH
If we are to continue the discourse on Kanye’s Christianity, we must shift our attention not only to his private faith publicized, but how this public faith resonates with his audience. For it is unproductive and distasteful to babble about the authenticity of his conversion when there is no human qualified to be the judge of anyone’s faith. Kanye might be a famous billionaire Christian rapper, he still is human. So perhaps it’s wiser not to point out the speck in his eye, but notice the log in our own.

The judgment of fellow Christians doesn’t worry Kanye, but it disheartens him. On the track “Hands On”, he is already aware of this reality:

Kanye further expressed his indignation with this problem in his performance of the song in his  “Sunday Service Experience” at The Forum.

“We’re human beings. Trying our best out here, doing our best. Repenting of our sins, and learning and growing every day. And we need your hands on us, your prayers on us. Pray for me,” he says, imploring his fellow Christians to judge not, but encourage. A LIFE OF CONTROVERSY
What makes West’s conversion significant is his documented early Christianity. Many experience sudden conversions, but Kanye’s journey has been a long, ongoing documentation provided by the media. Possibly the most controversial convert of his time, Apostle Paul’s conversion story takes up many years but 10 verses in the Bible, beginning with him searching for Christians to oppress and kill, to converting to Christianity and preaching the gospel in synagogues. Kanye’s life, on the other hand, has been on the airwaves for years, and we have reached the part of the story where he becomes a new Christian.

Over the years, Kanye Omari West has received a lot of flak simply by opening his mouth. The things he has professed have shocked and made for gossip fodder; he’s spoken on being god, claimed to be the greatest artist in the world, vigorously supported the Trump administration, shockingly claimed that slavery was a choice, interrupted Taylor Swift at the VMAs, and of course, married the most famous Kardashian. All these stunts have crafted the unstable reputation of his career. And now, he has become a devout Christian.

The sum total of all this becomes the starting point of speculation of those witnessing his conversion. All atrocities and scandals amount to a bona fide sinner. Even after the release of Jesus Is King, some arrogance is still displayed in his interviews. In true Kanye style, he announced his plans to run for president in 2024.

But in all his interviews now, he always grabs the opportunity to share the gospel in one way or the other.

What stands as portraying a perfect image when becoming a Christian is now taboo for West. In his surprise appearance on the Jimmy Kimmel Show, he said “ass”. Immediately after the utterance, he apologized, saying, “I’m sorry I said ass. My Christian scorecard is lowered for the day.”

Kanye portrays Christianity in hyperreality: he is both a new creation and a flawed human being. This is a brave demonstration of real, lived-out Christianity, and it makes Kanye authentic in his theology and humanity. This is what many Christians are afraid to be vocal about. Christianity is an ongoing, living, working knowledge of Who God is, and not a conversion to perfection. With his declaration of his newfound faith through Jesus Is King, this writer sees that Kanye shatters legalism and antinomianism, exchanging a feelgood, picture-perfect Christianity for the real thing. 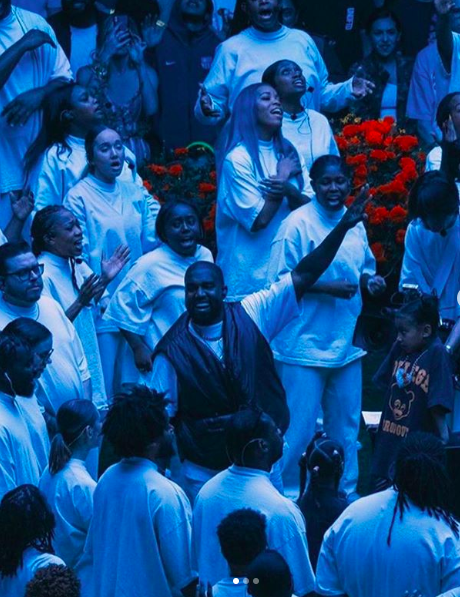 THE REAL IMPACT OF JESUS IS KING
Kanye’s demonstration of faith is appealing to the unchurched—numerous young people are taking an interest in Christianity because of the mere presentation of Kanye’s interpretation of the faith. This is what settles the Kanye West debacle.

All denominations can agree to one thing: everyone has the divine duty to spread the gospel to all the world, whether Jew, Gentile, black, white, gay, straight, Democrat, Republican or Independent. If you strip away Kanye’s past—who he has claimed to be, whom he supports politically etc—you will be able to appreciate his commitment to use his platform to spread the good news. Nothing is more satisfying than hearing celebrities say “Jesus Is King” since there is no other way to mention his album, nor is the pleasure of hearing the name of Jesus other than as profanity. It is reminiscent of Pilate’s supposed mistake in allowing the sign “King Of The Jews” to be placed on the Cross.

In the end, whether or not you believe his conversion is genuine is not important. What is important is this: Jesus Is King is sparking an unsolicited revival that most Christians didn’t expect. Now it is up to us to follow through: Kanye planted, we must water, and God will give the increase (1 Corinthians 3:6, revision mine). The next verse reminds us not to worry about who did what, “So then neither he who plants is anything, nor he who waters, but God who gives the increase.” (1 Cor 3:7)

By extension, the Apostle Paul celebrated the use of various mediums and methods of spreading the gospel. To the Jews, he became a Jew, and to the Gentiles, he became one. If he were alive today, Paul might be dressed in Yeezy. For he was not concerned about anything of this world, but that the gospel might be preached.

Thus this discourse concludes with sound advice from Philippians 1:15-18:
“It is true that some preach Christ out of envy and rivalry, but others out of goodwill. The latter do so out of love, knowing that I am put here for the defense of the gospel. The former preach Christ out of selfish ambition, not sincerely, supposing that they can stir up trouble for me while I am in chains. But what does it matter? The important thing is that in every way, whether from false motives or true, Christ is preached. And because of this I rejoice.”

You can listen to Kanye West’s album Jesus Is King on Spotify.

Dave is known for his "silent presence", and is more than willing to put up with anyone who would want to sit in silence with him. He finds critical concepts and issues at heart and attempts to find God in it. The SOT 2019 grad believes that Christians have a voice beyond the gospel that the world needs to hear.