Moving With The Spirit Of God: Derek Dunn

It was a homecoming for Pastor Derek Dunn last weekend as he set out to stir up a mighty revival. 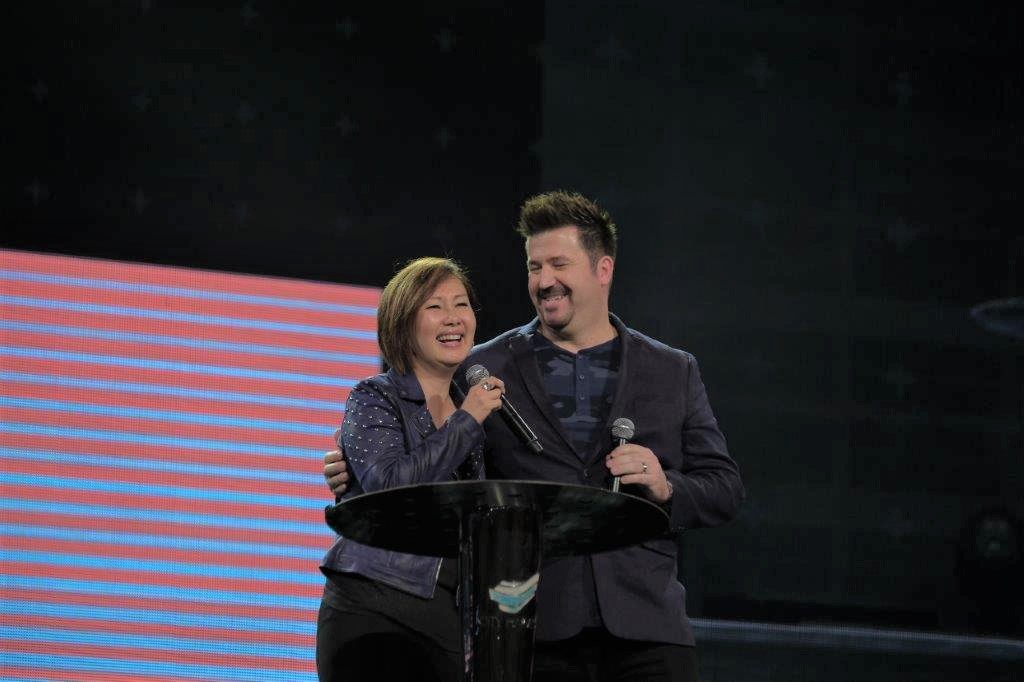 “We didn’t come to preach a good message, but to stir up the revival again,” said Susan Dunn as she prophecied over City Harvest Church on Sunday (Jul 20). Her husband, Derek Dunn, the senior pastor of CHC’s affiliate church in the US, Orange County, delivered the message on the weekend service; and they brought so much more than a message.

Not only did he share two powerful messages, encouraging the church to seek the move of God, he also gave the church a powerful word of prophecy and prayed for its leaders.

THE END TIME MOVE OF THE SPIRIT

At the beginning of the service, Pastor Susan gave the church a short greeting. She shared that she’d received a vision from God that CHC is arising. “The church is coming back in power and in glory,” she said.

Pastor Derek opened his sermon from Haggai 1:14, saying “God is looking for a remnant who is hungry for the presence of God.” A remnant is a small group of people who have gone through a difficult time but remained faithful to God. He exhorted that in this era, people need more of the supernatural. “There is another revival. The best is yet to come,” he declared.

The pastor shared that there are four things that happen when there is a move of God. Firstly, the church comes alive. Using marriage as an example, he explained that many couples, having been married for quite some time, start living separate lives and soon grow apart. To keep the marriage strong, they need to keep dating each other to revive the love. Likewise, churches need to pray and seek God in order to revive the hunger of the Lord and to keep falling in love with God.

Secondly, the church will see miracles, signs, and wonders. It is good that the church stays contemporary and keeps up with technology, but it needs to differentiate itself from the world by carrying the presence and power of God. That is the thing that will touch people and change lives.

Thirdly, a move of God brings about a transformed society. When people are blessed, they, in turn, bless others around them and impact society.

The fourth thing that will happen is a harvest of souls coming to Jesus. The church should never get tired of winning the lost. There are always people who need the Lord, and that’s why Christians should be equipped to be involved in the move of God. 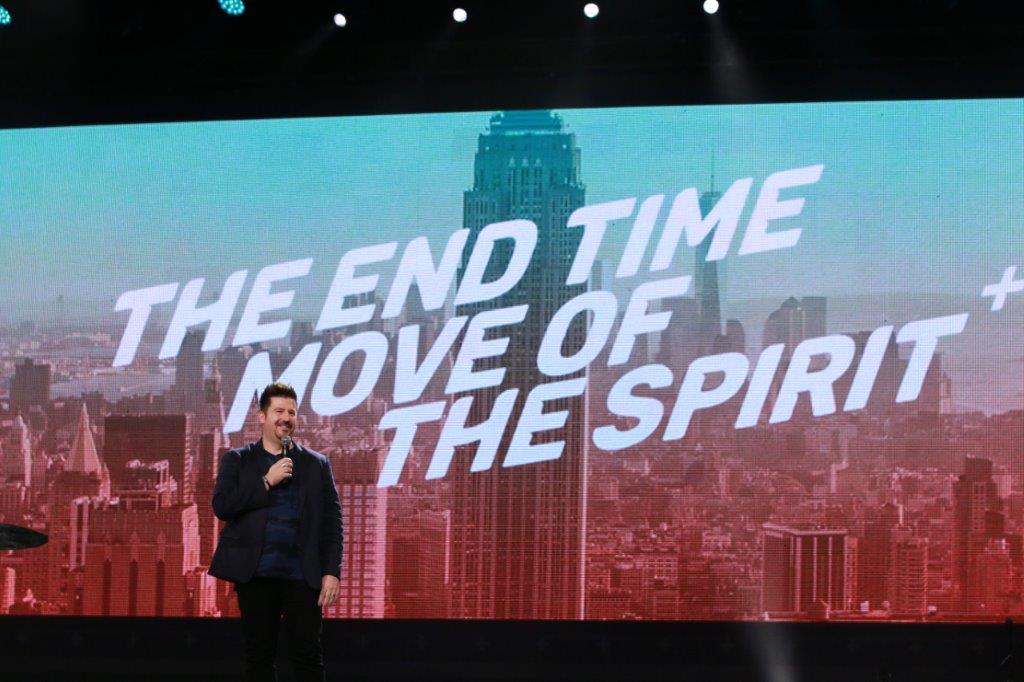 According to Pastor Derek, there are two types of the move of God—the sovereign move of the Holy Spirit and a move of God that is provoked. Rather than wait for God to move, the church could provoke the move of God.

The move of God is provoked by revelation knowledge. Revelation changes live, while information only increases one’s intellect. Revelation is the knowledge of God for the present moment, which will sustain the movement and manifestations of God’s power.

Ephesians 1:17 says, “that the God of our Lord Jesus Christ, the Father of glory, may give to you the spirit of wisdom and revelation in the knowledge of Him.” The Holy Spirit breathes revelation into people’s lives. “Some moves of God die because they stay in the revelation given by God 10 years ago,” said Pastor Derek.

The second way to provoke the move of God is through unity. Acts 2:1 says “When the day of Pentecost had fully come, they were all with one accord in one place.” Unity attracts the Holy Spirit and disunity comes about individuals in the church have their own personal agenda.

The third way to provoke the move of God is hunger. When people are hungry for the move of God, they will pursue it—and those that hunger and thirst for righteousness will be filled (Matt. 5:6).

The fourth way to provoke the move of God is through sacrifice. Sacrifice is not something negative. The Bible says that when you sow in tears, you would reap joy. Pastor Derek said, “We live in a generation in which we don’t want to sacrifice.” Yet, the kingdom of God is all about sacrifices. Some people envy those with great anointing but they do not see the price they paid. God is looking for a remnant who is willing to pay the price and make sacrifices, the pastor told the church. He quoted Smith Wigglesworth saying, “If God’s not moving, I move Him with my faith!”

Pastor Derek explained that the law of sacrifice dictates that something has to die for something else to live. It is time for this generation to say, “I am willing to make a sacrifice.” There are seven things a Christian can sacrifice to God: one’s life, worship, prayer, fasting, sharing, fellowship, and investing time.

Pastor Derek closed the session by laying hands on the cell group leaders in the service, imparting to them the fire of revival.

On Sunday, Pastor Susan gave a strong word of prophecy over CHC. She said that in its 30th anniversary, the church will come out of reproach into the most glorious time it has ever seen. The church will be launched into the next level with a new level of anointing.

Speaking to the pioneers of the church, she encouraged them to take up their weapons and mantel once again. “It’s an all-inclusive, transgenerational revival. He is calling the remnants back, come back and rebuild the walls again.”

Pastor Derek began his message by saying that God wants people to not just be listeners of the Word, but demonstrators of God. 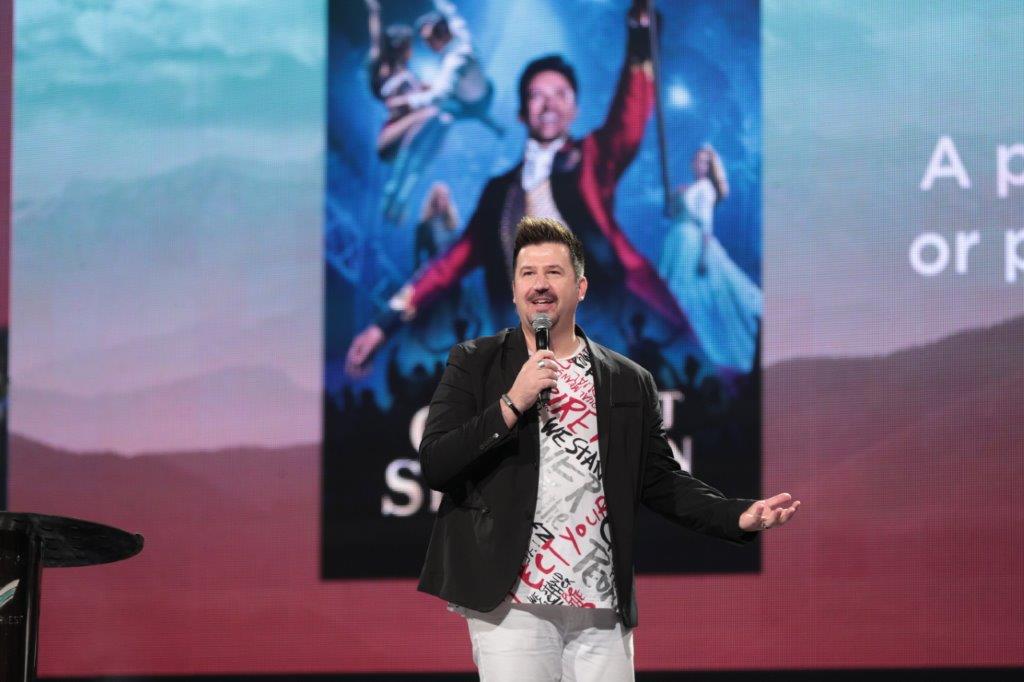 “The Greatest Showman” is a movie that touched his heart, the pastor said. It is about a man who was into the performing arts and he found others who were down and discouraged like he was and helped them discover their unique talent. At the end of the show, they all found their place to shine the gifts of God upon their lives.

Pastor Derek explained that this is the church and the call of the pastors—to equip and empower the saints. God wants His people to be disciplined, equipped and released for the move of God.

A showman is a person who is gifted in doing or presenting things theatrically or dramatically. The greatest showman is God, Pastor Derek said. Psalm 77:14 says that He demonstrates His power among nations. Romans 5:8 reads, “But God demonstrates His own love toward us, in that while we were still sinners, Christ died for us.” Christianity is not just a theory, philosophy or theology. God is not a God who just wants His people to have understanding, but He also demonstrates His goodness and power.

Acts 10:38 reads, “God anointed Jesus of Nazareth with the Holy Spirit and with power, who went about doing good and healing all who were oppressed by the devil, for God was with Him.” Pastor Derek emphasized the word “all” saying that the move of God is for all. Christians need to stay in the anointing of God and demonstrate His power because people need to hear about what God is doing.

In 1 Corinthians 2:4, Paul wrote, “And my speech and my preaching were not with persuasive words of human wisdom, but in demonstration of the Spirit and of power”. The pastor preached that Christians have to live out every day, wherever they go, in showing how God is moving over their lives.

“Wherever there is a spiritual activity of the Spirit, there is a movement of God,” he said. People need to be hungry for the move of God and carry it. Believers have a river inside of them, but they need to be sensitive to know where the river is flowing to. 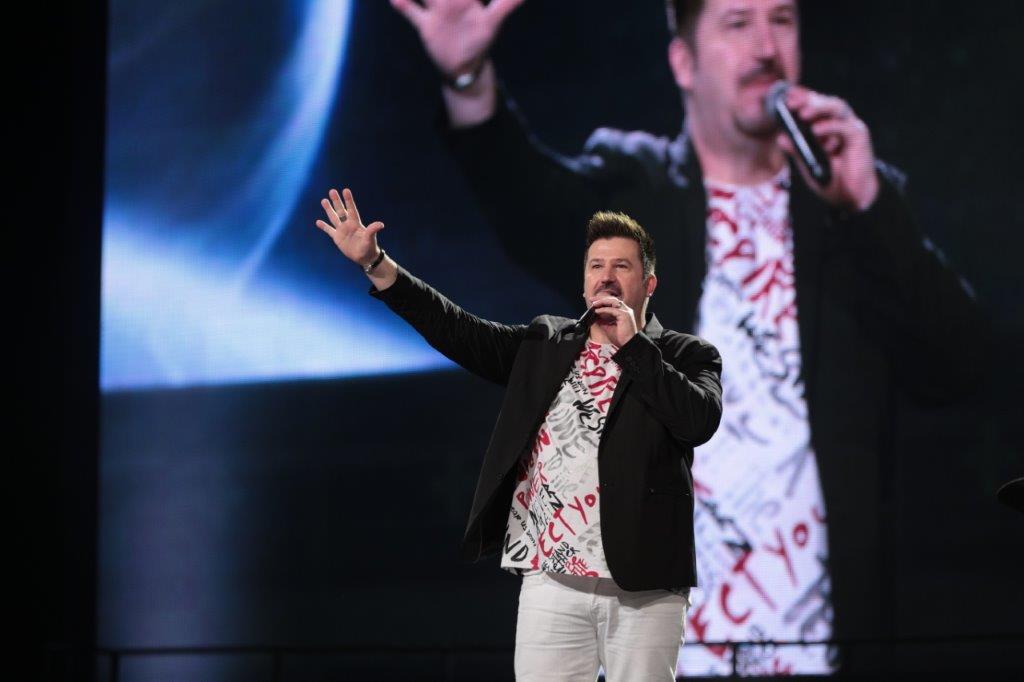 There are three ways to get into the move of God. The first way is through participation. No one, who was a spectator, in the Bible, was used by God for His movements. “When I was at my weakest, God moved in the most powerful way because it is not about me, it’s about Him.”

The second way is by putting faith in the movement. Believers need to realize that they are the move. The pastor preached that everyone has a God-given gift that is needed in the move of God. He encouraged them not to compare themselves with others but to focus on what they can do for God.

The last one is by demonstrating the movement to others. Believers need to demonstrate the love of God because people are watching. Preaching the gospel is not only about words and teachings, but also lifestyle, demonstrations, and impartations. Acts 1:8 says, “But you shall receive power when the Holy Spirit has come upon you, and you shall be witnesses to Me in Jerusalem, and in all Judea and Samaria, and to the end of the earth.” Believers are the walking signboard of Jesus; they have the move of God inside of them. “Allow Jesus and Holy Spirit to flow through you,” said Pastor Derek.

Sometimes, people have the mindset that revival only happens in the past. But every believer is part of the stream in the move of God; the revival starts now. However, no revival can be birth forth without prayer. As Pastor Derek closed his sermon, he prayed for the church to receive the gift of prophecy and healing.