On The Fear That Limits And The Faith To Create: Erwin McManus

Emerge Conference 2019 welcomed Erwin McManus, the lead pastor of Mosaic Church in Los Angeles, whose messages inspired the youth and challenged their mindsets. Over the weekend, he preached two messages that gave the church a new perspective on living the life God intended for the believer. 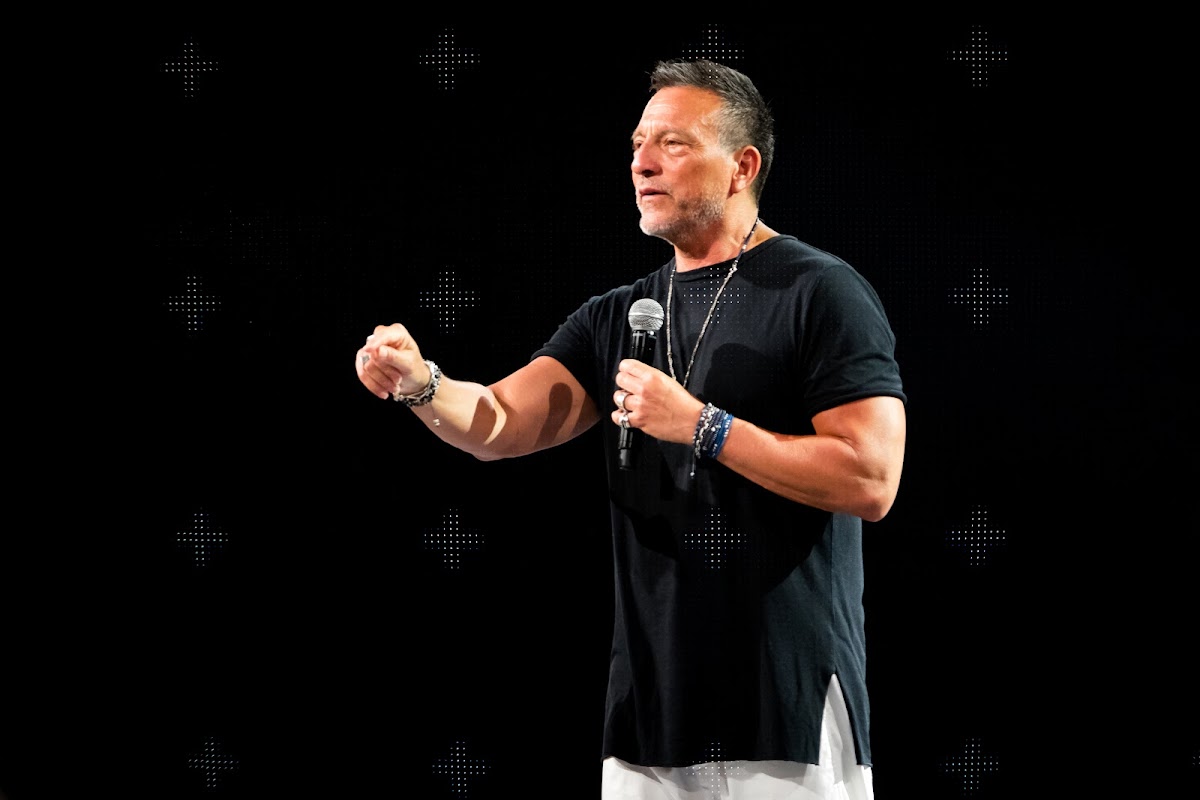 As was the custom for City Harvest Church’s annual Emerge youth conference, the audio atmosphere at the auditorium at Suntec Level 6 was extra loud last weekend. The conference, which caters to young people aged 13 to 25, ran from Jul 12 to 14, merging with the main church services on the weekend.

This year’s conference had an extra touch of special because Erwin McManus, lead pastor of Mosaic Church, was in the house, delivering transformative messages to the next generation.

“Have you ever prayed and asked God to do something epic in your life?” asked Pastor Erwin as he opened his message on Saturday. “And then your life falls apart; you face the biggest crisis of your life, and it almost seems as if God ignored your prayer.”

He was sharing from his book, The Last Arrow, where he recounts the story of the prophet Elisha and the King of Israel, Jehoash in 2 Kings 13:14-19.

Laying the context for the tale, the pastor explained that Jehoash was facing the army of Syria but Elisha was dying. This meant that the king was about to lose his only contact to God during a critical period of Israel’s history.

It was in this desperate situation that Jehoash went to visit Elisha. The dying prophet instructed him to take a bow and some arrows, open the East window, and shoot.

Most Christians know that God wants to give them a complete victory, yet most of them are only living a partial victory. Where was it along the way that a complete victory was lost? Pastor Erwin pointed out that Jehoash’s subsequent actions serve as an example.

Following the prophet’s instructions to strike the ground with the arrows, Jehoash did so three times. This would have been normally have been a nice symbolic number, Pastor Erwin noted. But the prophet became furious with the king, and said five or six times would have ensured the destruction of Syria. Now, he would only be able to defeat Syria three times. 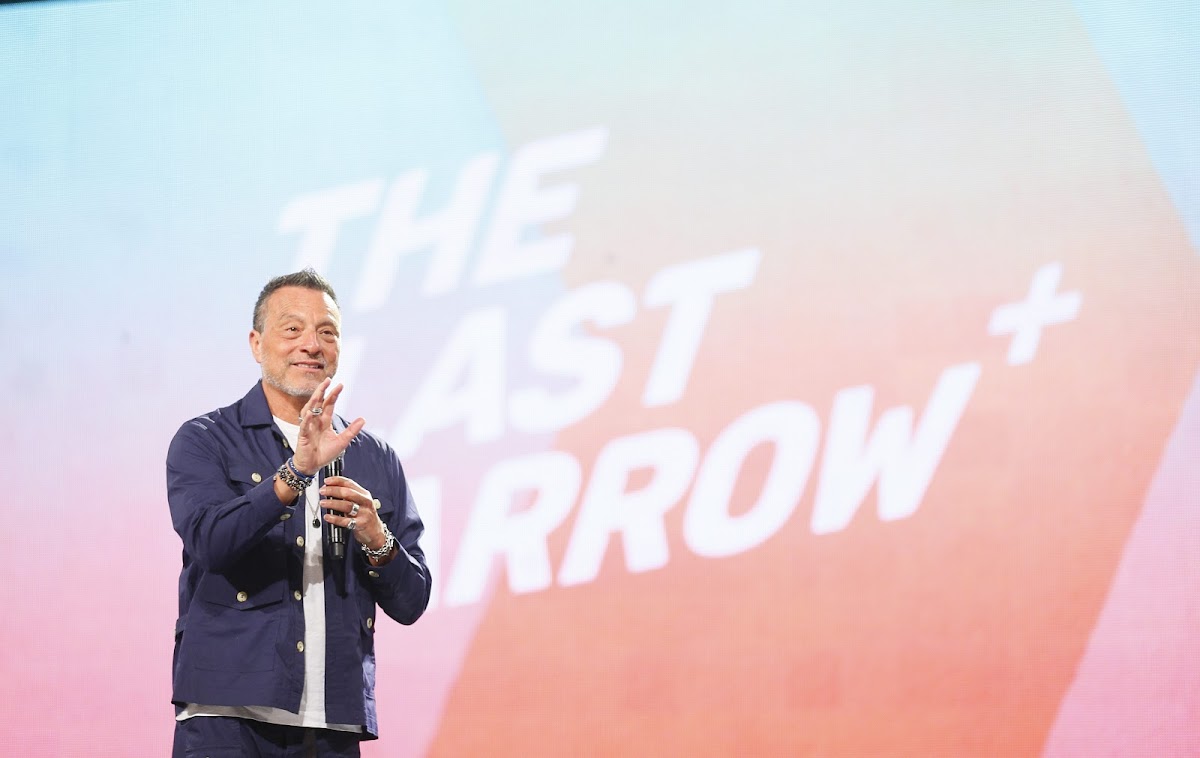 Pastor Erwin verbalized the thoughts that must have crossed the minds of many Bible readers. “How was the king supposed to know he should strike more than three times? Have you ever thought you did everything you thought you’re supposed to, and you just stopped?”

The preacher suggested a change in paradigm: instead of thinking that we need to wait to hear from God to do something, we should just start doing something.

“See, what I find is that most of us, we act like we need permission from God to start something,” he observed. “But we never ask for permission when we quit. God wants to give us a complete victory. But we keep blaming God for giving us a partial victory, and it’s because we think we failed. But it’s actually because we quit.”

Why do we quit? One of the reasons is fear.

“Whatever we fear establishes the boundary of our freedom,” Pastor Erwin explained, suggesting that the reason why the Bible teaches Christians to fear God is because the thing that a person fears become his master. If the only thing they fear is God, then He is their only Master.

He went on to explain that fear is a negative projection of the future, while faith is the positive projection. “So, if you are going to be affected by fear, why not just take on faith?”

Pastor Erwin confessed that he was fearful of many things before eventually realized that his freedom was limited because of his fears. “You’re missing out on what you’re longing for because you’re so afraid to step into it,” he notes. “The things you long for most, you fear the most. Some of you, you have an arrow in your hand and you have stopped striking.”

Many people think they are afraid of death, but what they are actually afraid of is living, noted Pastor Erwin. “What are you waiting for to live? Stop fearing rejection from other people; stop being afraid of not being accepted, of failure, of death—things that steal from you your life—and strike the arrow.”

The pastor reminded the church that greatness is not a natural outcome, neither does it come easily. There is a discipline behind the greatness that others do not see.

He told the church not to stop striking the arrow just because it is hard. Their future is on the other side of their failures.

“You didn’t fail, you quit. You stopped striking the arrow. If God has called you into it, it would not be easy. If what you’re choosing is easy for you, it’s not God’s call on your life,” he said, in closing.

“Some of you think that failure is the dead end—it’s not. Failure is just the gravel to build the bridge to get over the great divide.”

THE ARTISAN SOUL
On Sunday, Pastor Erwin encouraged the church to live the life God has created humans to live with his message titled “The Artisan Soul”.

The human species is the most fascinating species in the world, he noted. This was because humans can create the future and materialize the invisible, something no other species can do. 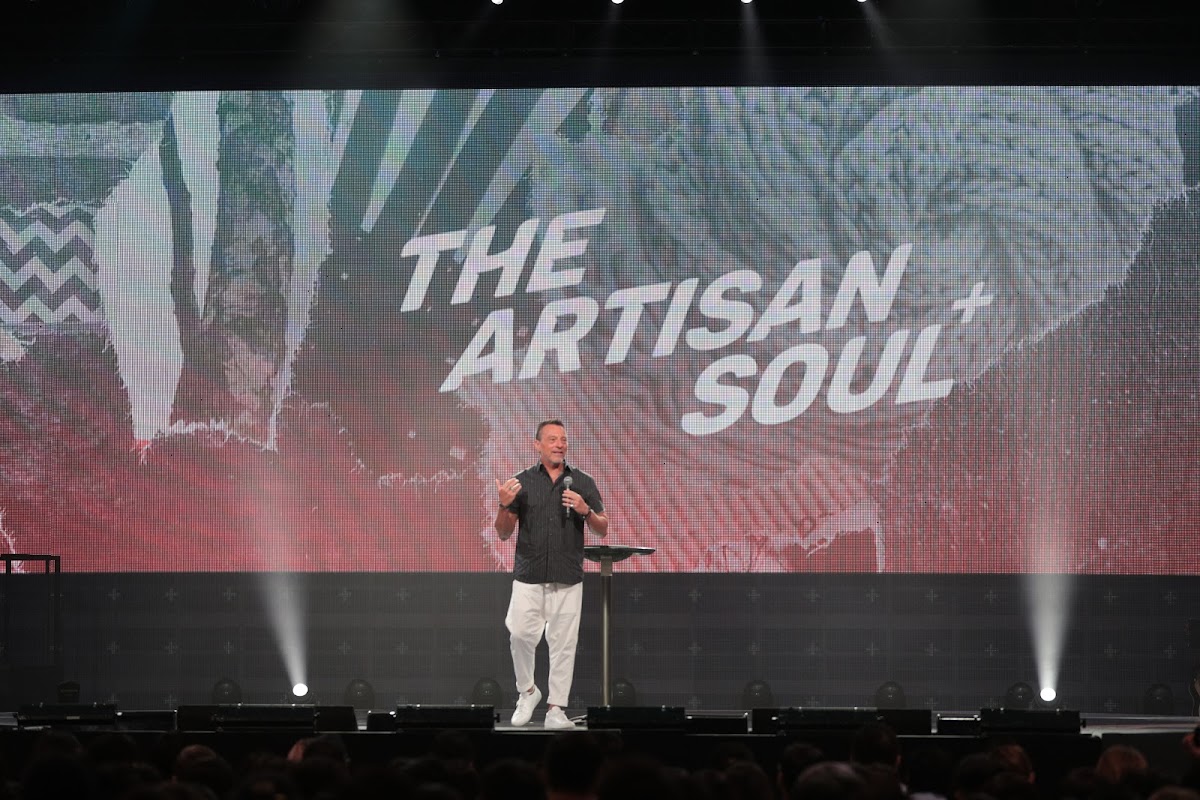 He then led the congregation to explore Hebrews 11:1-6 from an anthropological perspective. Verse 6 read, “And without faith it is impossible to please God…” When the pastor read that verse, he asked himself, “Why is human the only species that God holds to that kind of standard? That is no other species in the creative order that God demands faith from.”

Without faith, human beings are not living out the intention they are created for. “A lot of times, we act like faith is a superpower. But in reality, faith just makes you human again. When we live our lives disconnected from our Creator, we are living as a sub-human.”

Hope only exists in the future–this means that human are designed to live in the future. “That’s what makes human different. Only humans sit around thinking what they should do tomorrow. Animals don’t do that!”

Human is created to create. Just as ants create colonies, humans create the future, the pastor taught. “The future begins in the imagination of the human brain and then there’s a human that sees it in their imagination and turns it into reality,” he said. “God didn’t design you to just connect with the future but to live in the invisible.”

Pastor Erwin went on to read from Hebrews 11:3 that reads, “By faith we understand that the universe was formed at God’s command, so that what is seen was not made out of what was visible.”

Science teaches that everything comes out of a something that came from nothing, but the Bible says it came from what is not seen. “God did not created out of nothing; He created out of that which was not visible. Like oxygen is invisible, not nothing, if it becomes nothing, we will all know,” the pastor said, drawing laughter from the crowd.

What is the invisible? It is God’s imagination. “It’s important because if God is of the imagination and we’re created in His image, guess what? We become creators of imagination. God create us out of His dreams, so we create out of our dreams. We actually see the future in our dreams, imagination, vision; the person with the courage to translate that into the reality, they create the future!” he said.

Humans have the ability to re-imagine their lives. Humans are wired in such a way that they know things they don’t know how they know.

“Human ideals are a phantom pain of the soul,” explained Pastor Erwin. “We’ve never known a world of freedom and justice, yet we long for it. It’s a reminder of what God has created us to be.” He cited examples of how humans longed for a world that is free from poverty, war, division or hunger—but the worlds has never lived in a world completely devoid of all these.

“The future waits for those with the courage to create it,” the pastor said. “Stop waiting for someone else to create the beautiful, the good, and the true; in your intention, your calling, your destiny that’s waiting to be created by those who have the courage to make it happen.”

In conclusion, he reminded the church that it is faith that makes them human again. When they are human, they reflect the image of God. 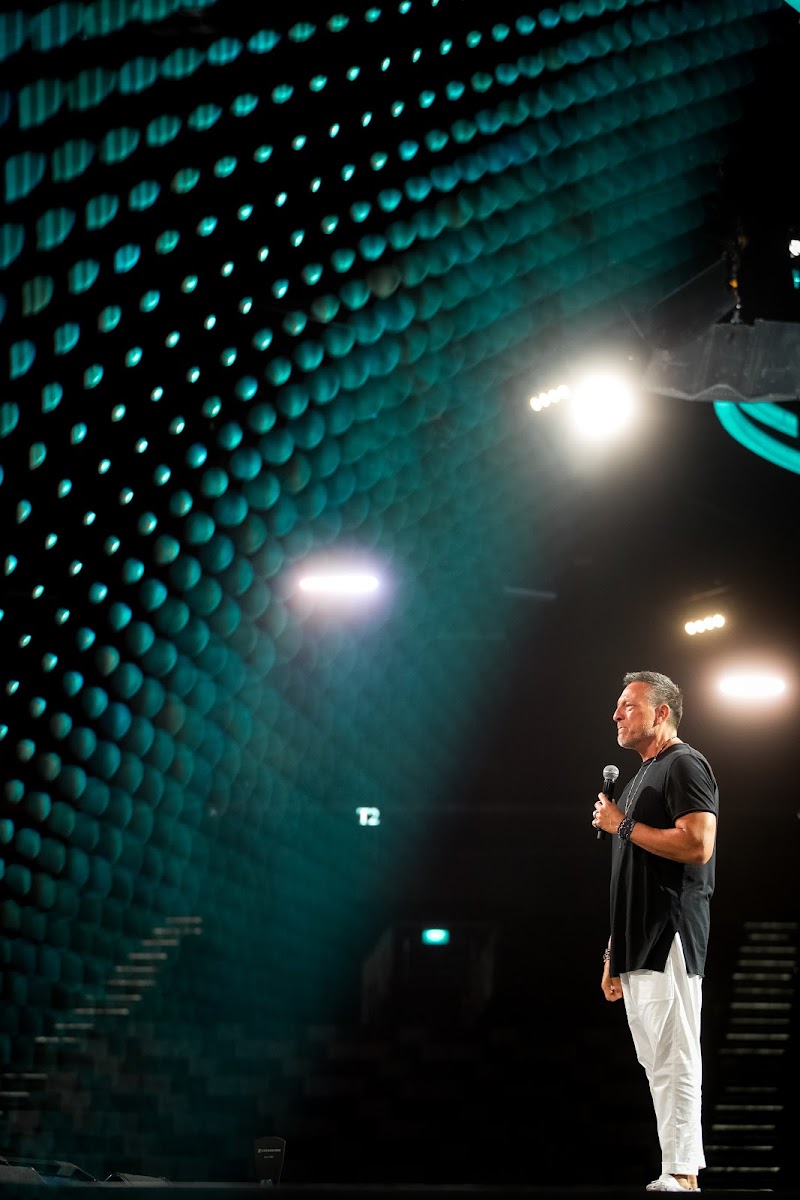