A Marriage And Ministry Made In Heaven: Myanmar Harvest Church

Pastor Mang Thang and his wife, Ruth are founders of Myanmar Harvest Church and True Love Children’s Home. They have faced many challenging years in ministry but they remain faithful and passionate, thanks to a word God gave each of them. 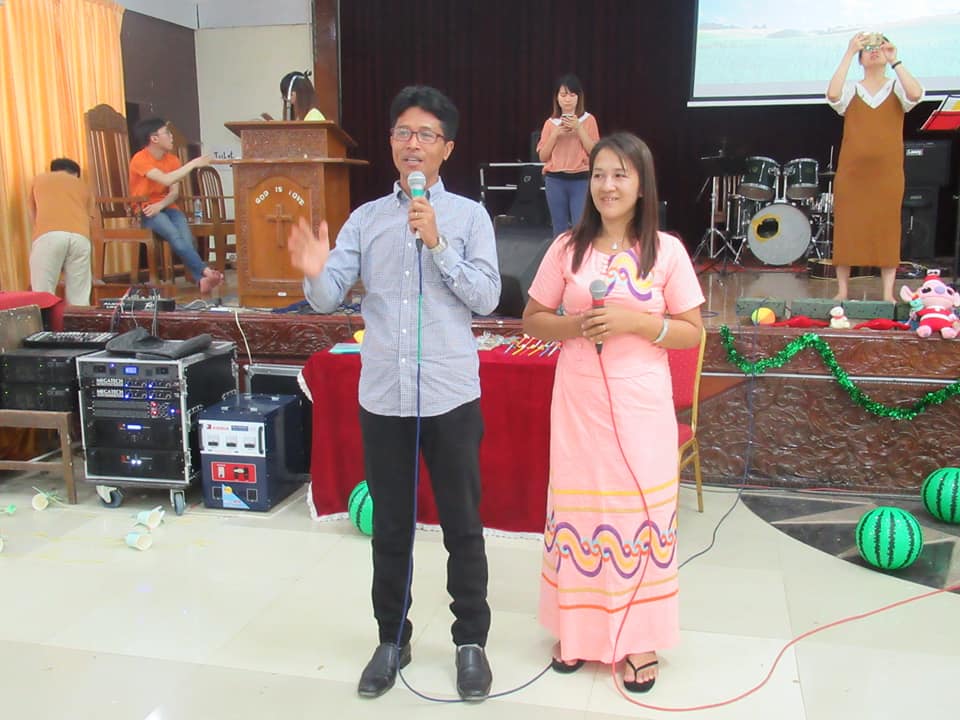 At the age of 16, he heard a pastor preaching on Isaiah 6:8. “Also I heard the voice of the Lord, saying: ‘Whom shall I send, And who will go for Us?’ Then I said, ‘Here am I! Send me.’” He took the verse to be his calling from the Lord, and from that moment on, gave his life to winning the lost. To this day, Pastor Mang Thang, 39, keeps this verse close to his heart.

At at age of 16, she died of malaria after being kicked out of her parents’ home for accepting Jesus. She heard Jesus telling her it’s not her time yet. “I saw my body lying there and realized my spirit had left my body. I saw angels dancing and I was so happy. I danced with them but I heard Jesus say to me, ‘It’s not the time for you yet. Go back.’”

Ruth Shin Zar had only received Christ eight months before this incident, but in the presence of Jesus, she had no desire to return to earth. “I began to complain to Jesus that I didn’t want to go back. He said, ‘You need to go back to do My work.” He asked me to look to my left and I saw hell: there were people crying, shouting and fighting—I was with the angels but I was so scared. Jesus then asked me to look on the other side: it was heaven and it was so peaceful.”

At such a young age, both Pastor Mang and Ruth had experienced extraordinary encounters with God and received their calling to serve Him full-time. The Lord eventually brought them together when each started to pray for a life partner.

“I prayed for a person with the same vision as me, someone who shares my burden (to win souls),” explains Pastor Mang. Separately, Ruth prayed the same prayer. They met and got married in 2009 and today, are building the House of God together, painstakingly, step-by-step.

THE JOURNEY OF FULFILLING GOD’S PURPOSE
Pastor Mang was from a little village, Ohn. None of the villagers were Christian, the first time he heard about Jesus was when a missionary to their little village to spread the gospel. At that time, his sister had been suffering from a swollen leg for six years. “We brought her to a lot of witch doctors and hospitals but nobody could help her.”

The missionary told her that if she accepts Jesus as her Savior, she could be healed. Pastor Mang’s sister wanted to give her life to Jesus but the whole village was against it. “We are all animist, none of us have heard about Christianity so my mum and brothers objected.”

After the missionary left, his sister’s condition did not improve. When the missionaries returned for the third time, nothing could stop Pastor Mang’s sister from accepting Jesus. “When the missionary prayed, she was healed. My second brother heard the Gospel and saw the healing—he also converted to Christianity. I was the third to convert,” he says.

All that happened in 1996. After he gave his life to Jesus, Pastor Mang had a strong desire to preach the Gospel for Jesus. He wanted to stop his studies and go to Bible College, but his parents objected. When he finally graduated from college in 2003, Pastor Mang went to India to study at a Bible college for six years.

When he returned to Myanmar in 2009, he started praying for a life partner: “I prayed for someone who has the same burden to reach the lost together with me.”

His brother introduced him to Ruth, who had started her children’s home a year before, in 2008. It was divine. “My father passed away when I was young so I had a burden for children as well.”

They got married that year. In the same year, Pastor Mang felt led to start a church. He fasted for 30 days before starting Myanmar Pentecostal Church in September 2009.

RAISING ABANDONED CHILDREN
Ruth has her own amazing story to tell. When she received Christ, her parents were so furious that they threw her out of the house. She had to live with her older sister, who had experienced the same reaction from their parents upon her conversion. 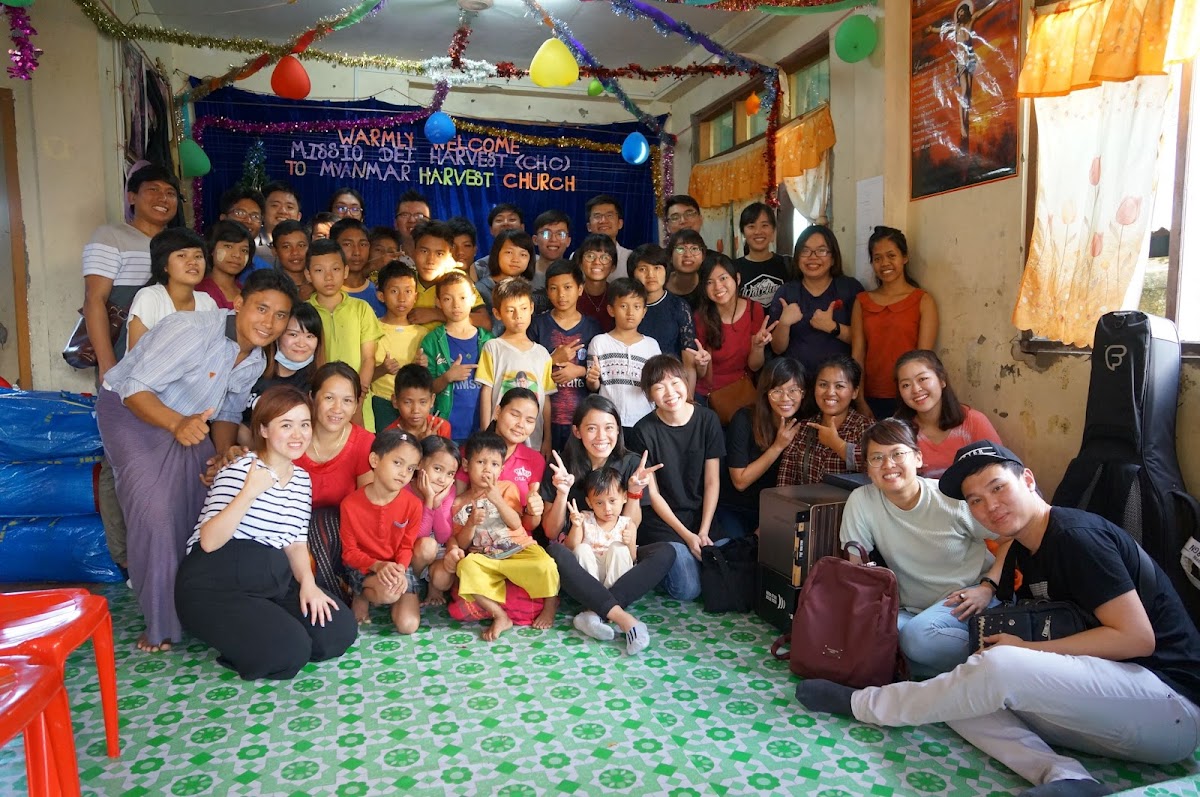 For the first time in her life, Ruth felt loneliness and rejection: “My parents loved me the most, so when they rejected me, I was very sad.”

After Ruth came back from the dead and received her calling to do God’s work, the Lord gave her an even clearer vision. “God told me that He is with me and I don’t have to feel lonely. Also, He showed me that if I have real parents and felt that way, I should understand how the children without parents feel. You help them and pray for them; you love them,” she says.

Even though she did not know the first thing about looking after children, Ruth took a step of faith and went to teach at the Sunday school in her church. She also gave tuition to children. That opened by doors for her.

After Ruth graduated from high school, she decided to enroll in both college and Bible school at the same time. On top of that, she helped her sister at the orphanage. “My sister is my spiritual mother,” she says. “She also had the vision for children ministry, so I learned from her to walk by faith.”

In 2007, God spoke to Ruth to start her own children’s ministry. “He showed me the place and the five children. I was worried so I prayed and told God to speak to my spiritual leaders to confirm His Word,” she recalls. God spoke to her sister who in turn prayed for her and told her to go by faith.

Her first charge was a toddler who was barely 2. Her mom and dad had separated and her mom was too angry with her husband to take care of the child. “The mother said, ‘I want to throw away the baby.’,” Ruth recalled. “If I didn’t keep the baby, she would have thrown her away.”

“But I didn’t know how to care for the baby;” she admits, “When she cried, I also wanted to cry.” God was her guide in those days. “God would tell me that the baby had stomach pain or other problems. The Holy Spirit always spoke to me and it was always correct, so I learned to look after the baby from the Holy Spirit,” Ruth said, laughing at the memory.

That year, she encountered a pair of brothers, 10 and 12, who were causing problems wherever they went. After being kicked out of a few children’s homes, they came to her. “They were very difficult to teach but I prayed,” she said. “Slowly, they became good and grew spiritually; they even learned to fast for the ministry.”

Life was difficult for Ruth because she had limited finances. Thankfully, God answered her prayers and her whole family came to Christ during her final year of study. They started giving her an allowance again and she could save up to rent a place for her children’s home.

“God provided a miracle for the finances the whole year.”

The couple started Myanmar Pentecostal Church in Yangon with only five children. After two years, they finally grew to 11 people. In 2013, Pastor Mang went back to his village to share the Good News of Christ.

“In 2016, we did a crusade and the whole village converted to Christianity–even the village head,” Pastor Mang related. “We now have 120 members in Yangon—400 members if we count the people in Ohn Village.”

FINDING A CONNECTION IN CITY HARVEST
“One of my friends attended CHC’s School of Theology in 2009, and he told me about it. So I enrolled myself in 2014,” said Pastor Mang.

But halfway through the course, he had appendicitis and had to go through emergency surgery. Two weeks after, he experienced stomach pain and was diagnosed with a liver infection.

“The more they treated me, the worse it became,” he recalled. “The doctors almost wanted to give up. They wanted to do another operation but there was a 90 percent chance I would die. So everyone started praying for me.”

The doctors eventually managed to drain the blood out from his liver and he started getting better. But as the doctors recommended that he go home and spend time with his family, Pastor Mang discontinued his SOT studies and went home.

“Spiritually, I felt very connected to SOT and CHC,” he explained. “Even though I only completed a few Bible study courses, I brought all of them back and started teaching them in my church.”

That year, Pastor Mang changed the name of his church to Myanmar Harvest Church and became part of CHC’s network of affiliate churches. “We went through a very difficult time in 2013 and 2014–church leaders left, we had a miscarriage, and I struggled with my health. We prayed and prayed, and decided to change our name.”

Since then, CHC had been sending mission teams to help the church. “It’s very challenging to grow because every year we move from place to place. We have to rent a house for the church services and the children’s home, but every time the owner realizes we hold worship services, they want us to move.” 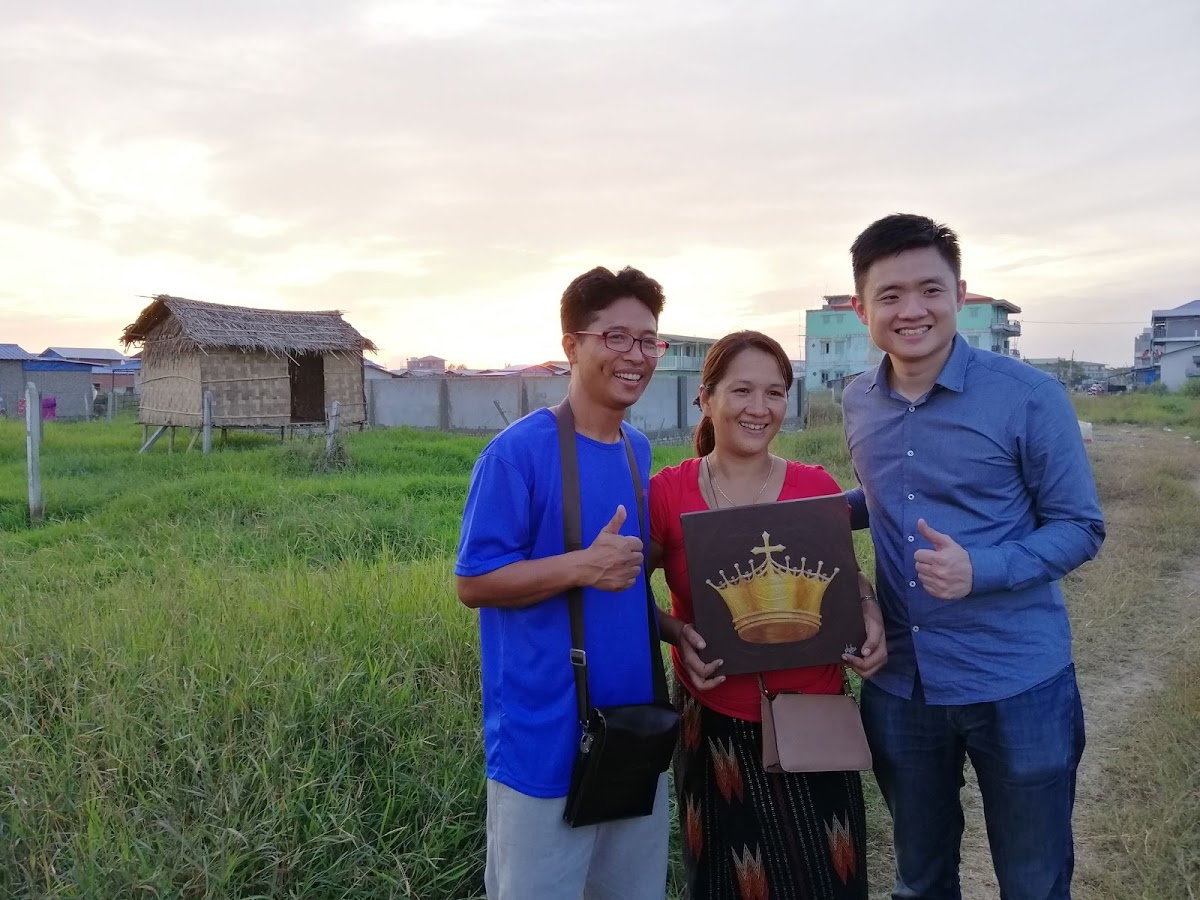 In 2018, Ruth enrolled in SOT. While she was in Singapore, she joined a cell group led by Lin Yihan. Her cell group heard about their situation and helped to raise funds for a church building. At the same time, they met with a landowner who decided to sell them a piece of land for half the price, so that they could build a church.

And this is how the Mangs have been living—purely by faith.

“God provides year by year,” said Pastor Mang. “We have a lot of challenges but God always provides. We teach part-time and we have a small business, with this small income, we support the children and the church. Up till today, we have always walked by faith—God has provided until today.

“I’m happy serving God, satisfied, even though there are a lot of challenges and difficulty. But I’m still very happy living in Myanmar and serving God. That’s why even though it’s very difficult, I will not give up.”