The theme for Emerge 2019 is “Grow” and Pastor Wu Yuzhuang encouraged the youth of City Harvest Church to grow in four areas. “And Jesus grew in wisdom and stature, and in favour with God and man,” reads Luke 2:52. Reading this verse to his audience, Wu Yuzhuang, City Harvest Church’s pastor, told the youths of City Harvest Church that in order for them to successfully serve their generation, they will need to grow by walking in partnership with God. Hence, it is essential to be in a deep relationship with God so that one can become more and more like Jesus.

Pastor Zhuang was preaching at the first Emerge services of 2019 on Mar 9 and 10. Emerge is CHC’s youth movement for members under the age of 25. The theme for Emerge 2019 is “Grow”.

ONE: GROWTH IN INTIMACY THROUGH PRAYER
Throughout the duration of Jesus’ ministry, He always set aside time to pray.

At the beginning of His ministry, Mark 1:35 records that “Very early in the morning, while it was still dark, Jesus got up, left the house and went off to a solitary place, where he prayed.” (Mark 1:35)

In the middle of a full day of ministry, Jesus would pray. “After he had dismissed them, he went up on a mountainside by himself to pray.” (Matthew 14:23)

At the end of His ministry, He prayed. “Jesus went out as usual to the Mount of Olives, and his disciples followed him. On reaching the place, he said to them, “Pray that you will not fall into temptation.” (Luke 22:39-40)

Even on the Cross, Jesus prayed. “When he had received the drink, Jesus said, ‘It is finished.’ With that, he bowed his head and gave up his spirit.” (John 19:30)

Prayer is about seeking God. When a sinner first comes to know God, he will find it easy to find God. But once he starts to grow in God, his love for God will be tested: does he love God as much as God loves him, or does he only love God when God is there to bail him out?

Pastor Zhuang pointed the youths to Song of Solomon, where God portrays Himself as a prince who falls in love with a woman. He courts her and showers her with gifts. But the day comes when the Prince wants to know if the woman loves Him the same way, so He withdraws from her and waits to see if she would come after Him.

“God loves you. He forgave you and washed your sins away with Jesus’ blood. But do you really love Him? Or do you only love what He can do for you?” the pastor challenge his audience. “Because if you only love God for what He can do for you, then you won’t love Him when He doesn’t give you what you want. You won’t remember Him when you are busy and you won’t stay faithful when distractions come.”

He encouraged the youths to seek God’s fellowship through prayer and through that cultivate a more intimate relationship with God.

TWO: GROWTH IN INFLUENCE THROUGH TESTIMONY

Even a small action can be used to glorify God. Pastor Zhuang gave the examples of being on time for school or obeying your parents at home—this is how one can let the light of God shine through him or her.

In 1 Timothy 4:12, Paul told Timothy to “be an example and set a pattern for the believers in speech, in conduct, in love, in faith, and in [moral] purity.” Similarly, God’s goal for the youths is for them to influence those around them.

Matthew 5:13-14 says, “You are the salt of the earth. But if the salt loses its saltiness, how can it be made salty again? It is no longer good for anything, except to be thrown out and trampled underfoot. You are the light of the world. A town built on a hill cannot be hidden.”

“I recently discovered the power of salt in cooking,” said the pastor. “When you add salt to a pot of bland soup, it can turn the whole dish from bad to good.”

Emerge youths have to take charge of their generation and be ambassadors of Christ, bringing God’s influence into their campuses and families. When they do that, they will carry the testimony of Jesus wherever they go. 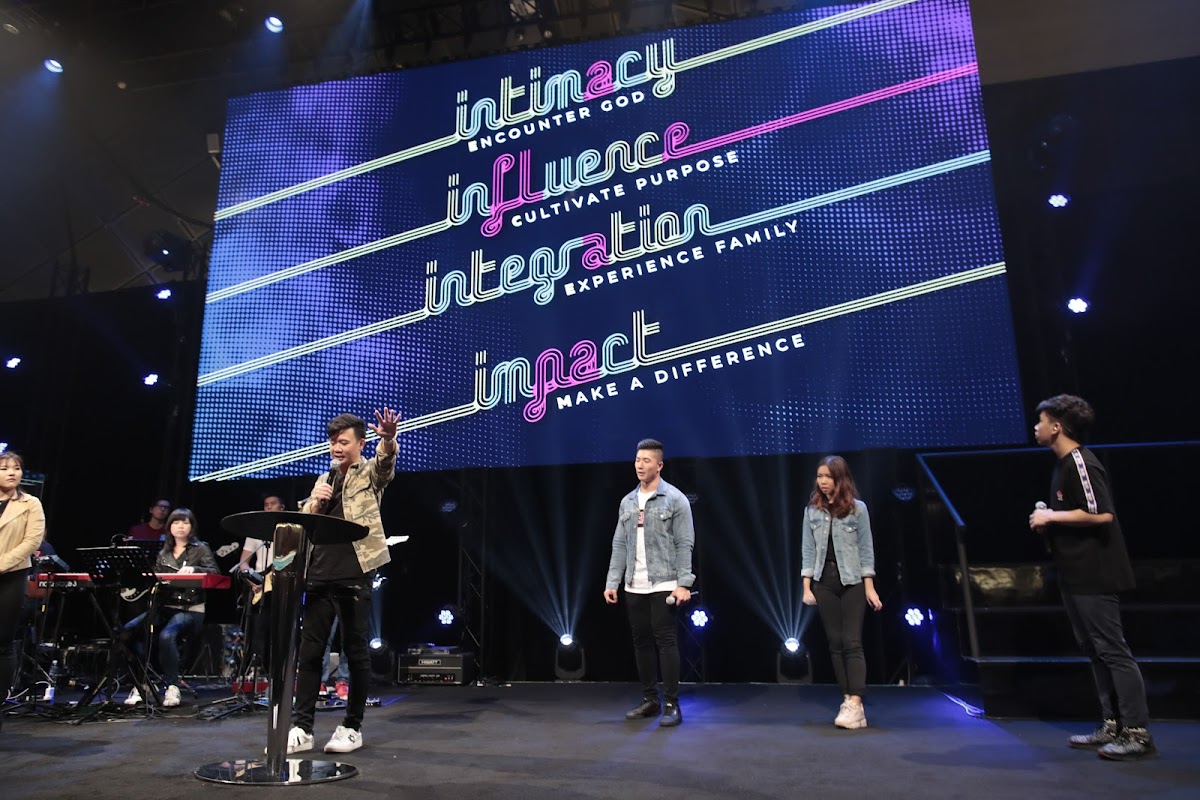 THREE: GROWTH IN INTEGRATION THROUGH FELLOWSHIP
A believer cannot grow in isolation; he can only grow with the support and edification of the community God created.

“Christianity is a ‘one another’s’ faith,” the pastor said. It is important for brothers and sisters of Christ to help each other grow deeper in the Lord. When believers exchange revelations with each other, it is an act of proclaiming God’s goodness.

Using Paul as an example, Pastor Zhuang explained that it was important to have the right relationships in one’s life. 2 Corinthians 6:14-15 warns believers not to “team with those who do not love the Lord”. The pastor explained that it applies not just to boy-girl relationships, but to all kinds of friendship.

“One reason why Paul was able to grow to be so strong in his faith was because he found a good friend in Barnabas,” he explained,  encouraging the youths to stay connected to their cell groups where there are “Barnabas-type” friends that they can align themselves with.

FOUR: GROWTH IN IMPACT THROUGH SOUL-WINNING
Both Jesus and Samuel grew in wisdom and their relationship with God. This resulted in them growing in favor with men as well.

“That means that they were able to make an impact on others,” the pastor said. Jesus made an impact by saving souls. “We must become God’s fellow workers to bring the increase.”

Reading Zechariah 2:1-4, Pastor Zhuang explained that Zechariah was rebuilding the city of Jerusalem and the angels told him the city will not be the same size as before; it will be “bursting with people, bursting with animals”—God will bring increase.

“God wants to bring explosive growth to our church!” declared Pastor Zhuang. “There will not be enough room in your cell group home to contain the people! They will have to sit in the overflow room!”

In Acts 19:20, at a time where modern technology did not exist, the word of God spread all throughout Asia in just two years. Jesus told His disciples to go and impact the world through soul-winning and they did.

Pastor Zhuang ended his message by reviewing the four areas of growth to strive for this year—intimacy, integration, influence and impact—before raising an altar call for cell group leaders to grow their groups. 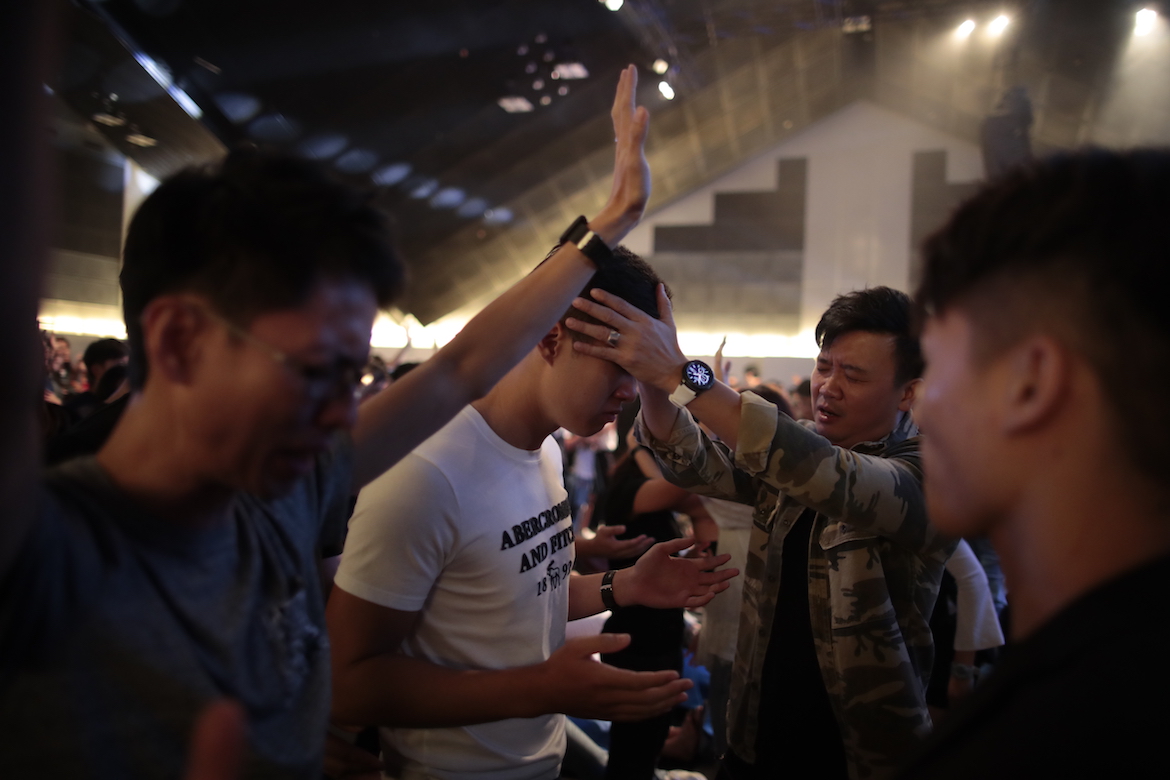