Making marriage work is not an easy task. But it helps when couples understand God’s intention for marriages and families. 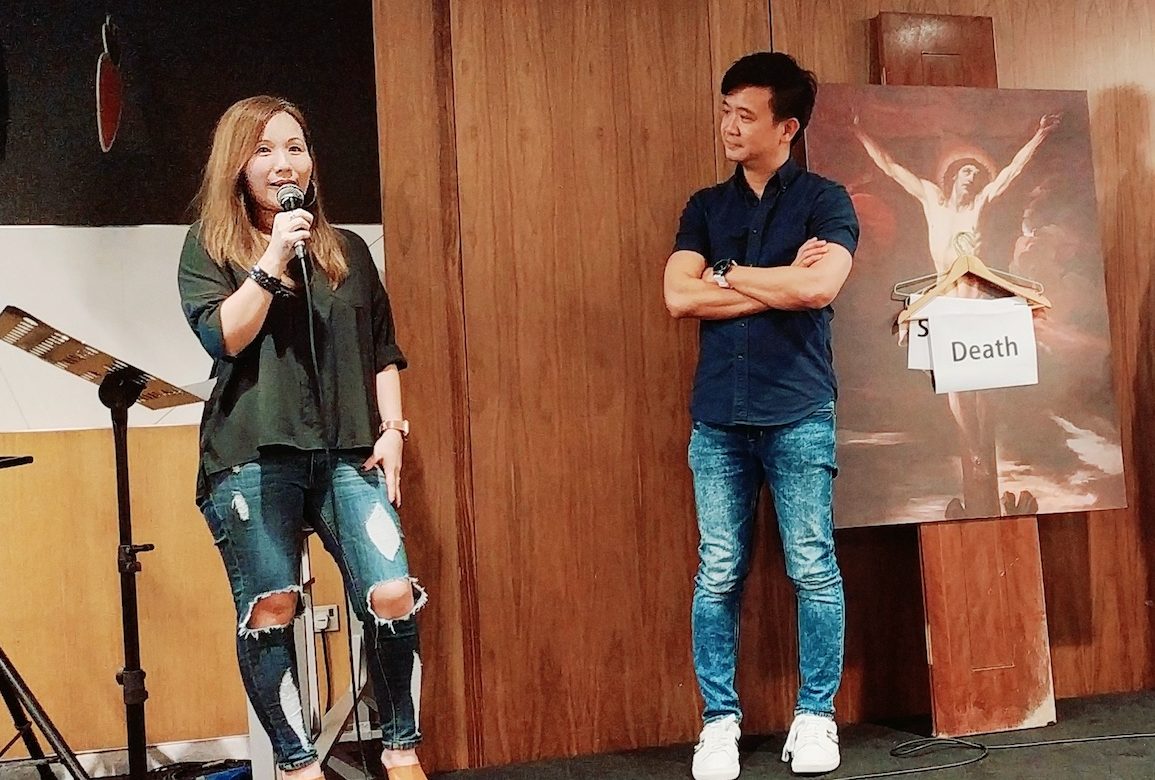 “How many of you have been married for over 40 years?” Wu Yuzhuang, a pastor in City Harvest Church, asked the crowd of couples gathered for a marriage workshop.

Only one husband put up his hand.

“Then we should be learning from you!” Pastor Zhuang laughed as he kickstarted the evening’s session. That set the tone for an an easygoing, friendly session of sharing from one of the church’s most beloved couples, Pastor Zhuang and his wife, Pastor Audrey Ng.

Titled “To Have And To Hold”, the marriage workshop was one of three relationship workshops conducted on Feb 28. It is part of the Tentmaker Workshops, organized by the leaders in the pastoral division led by Pastor Zhuang to help young and working adult navigate different aspects of their life.

Peppered with laughter, the occasional cheeky comment and a healthy dose of spiritual wisdom, the marriage workshop felt less preachy and more heartwarming, engaging session of camaraderie for married folk.

After a minor slip-up by Pastor Zhuang, who forgot how long he had been married—Pastor Audrey straightened that out quickly!—the session officially began, examining key factors every married couple should remember throughout their lives together.

One: Understanding The Importance Of Marriage
Marriage is important because it is made in the image of God. Reading Genesis 1:26-27, Pastor Zhuang explained that humans were made to be in God’s image. Just as the Holy Trinity is made up of the Father, Son, and Holy Spirit, a marriage should be made of a husband, wife, and God.

Marriage also makes Christians more like God. Marriage is a sacred covenant, and through it, a couple learns commitment and sacrifice. Turning to Hebrews 13:5, the pastor noted that God promised never to leave His people or forsake them. This was a reminder for couples to emulate that kind of love and commitment.

“The more we practice commitment and sacrifice with each other, the stronger our marriage,” he said. 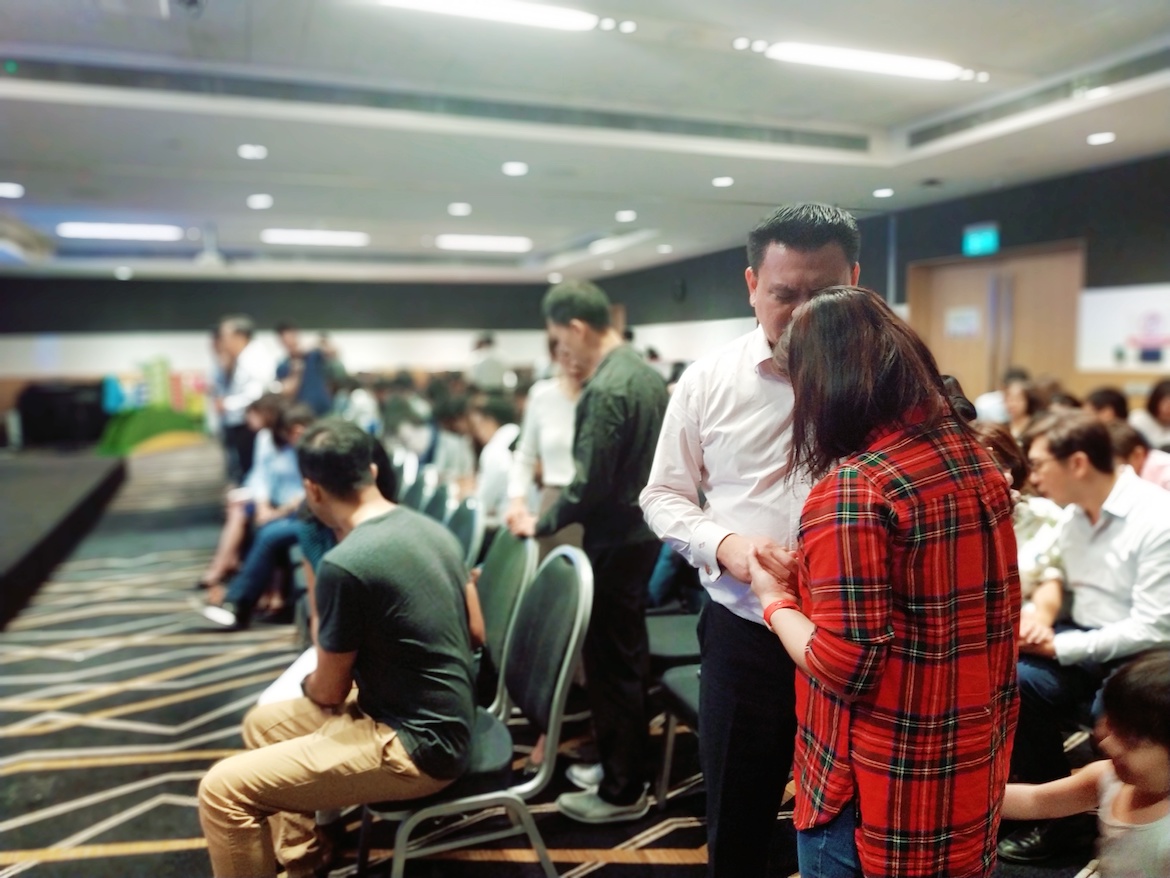 Two: There Is An Order Of Priority In Every Marriage
Keeping a marriage strong is no easy feat, and there are a dozen things that can happen on a daily basis to pull a person away from their spouse or leave little cracks in the marriage. That’s when remembering the order of priority comes into play.

Pastor Audrey took over at this juncture to explain the order of priority. Punctuating each point with funny anecdotes, she reminded the couples to always love God first, then their spouse and the children come last.

It goes without saying that all things begin with God. A marriage, which is a covenant made between two individuals, with God, also relies on this cornerstone. Reading Exodus 20:3, “You shall have no other gods before me”, Pastor Audrey said that anything that they value above God is an idol.

“Our children need to see us reading the Bible and going to church,” she said. “It instills in them the image of what family life should look like.”

Pastor Audrey then reminded the couples that loving each other should come before loving the children. One of the most common issues in a marriage is that parents tend to shift all their attention to their children. 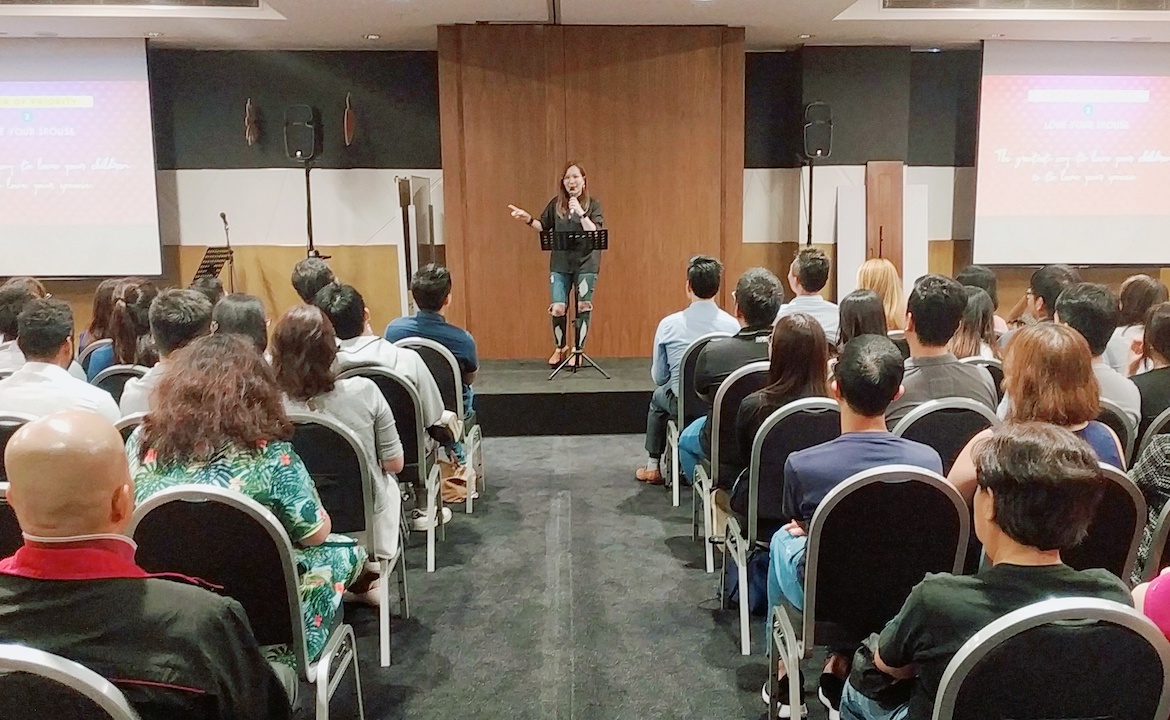 That is a mistake, the pastor stated. “The greatest way to love your children is to love your spouse,” she said. She candidly shared that she was very willing to change the bedsheets for her children when they fell sick and vomited on their beds; but if that happened with her husband, she would probably get him to change it so she can sleep.

“We would do anything for our children,” she noted. “So we need to love our spouse even more than that!”

If you neglect your spouse, fight all the time and take your frustrations out on each other, imagine the impression you leave on your children.

Three: Don’t Start As Soulmates And End As Housemates
Coming back to the pulpit, Pastor Zhuang told the couples that their marriage is worth fighting for. “Your wife”, says the pastor, “is your divine helper in a human package. You give your wife your bachelor life, she incubates and multiplies it–giving you a home, a family and bringing joy into your life.” He reminded the husbands to cherish their divine help and do little things that will make their wives happy.

He also talked about the importance of seeing the value in keeping the marriage strong. “Think of marriage as an atom”, Pastor Zhuang said. “The splitting of an atom will lead to a massive explosion that will damage not only itself but its surroundings too. A divorce has that same effect, it affects people around husband and wife, especially the children.”

Four: The Deeper The Roots Of The Marriage Are In God, The Stronger Your Relationship Will Be
Pastor Zhuang then pulled out a board bearing a picture of Jesus. He brought out a nail and a hammer, and proceeded to drive the nail onto the picture of Christ—the nail representing marriage. “Holy matrimony is putting your marriage in Christ,” he said.

He then brought out some wire hangers bearing words like “debt”, “vice”, “work”, “children”, “sickness” and “death” and hanged them on the nail. These represented the burdens that can weigh the marriage down. 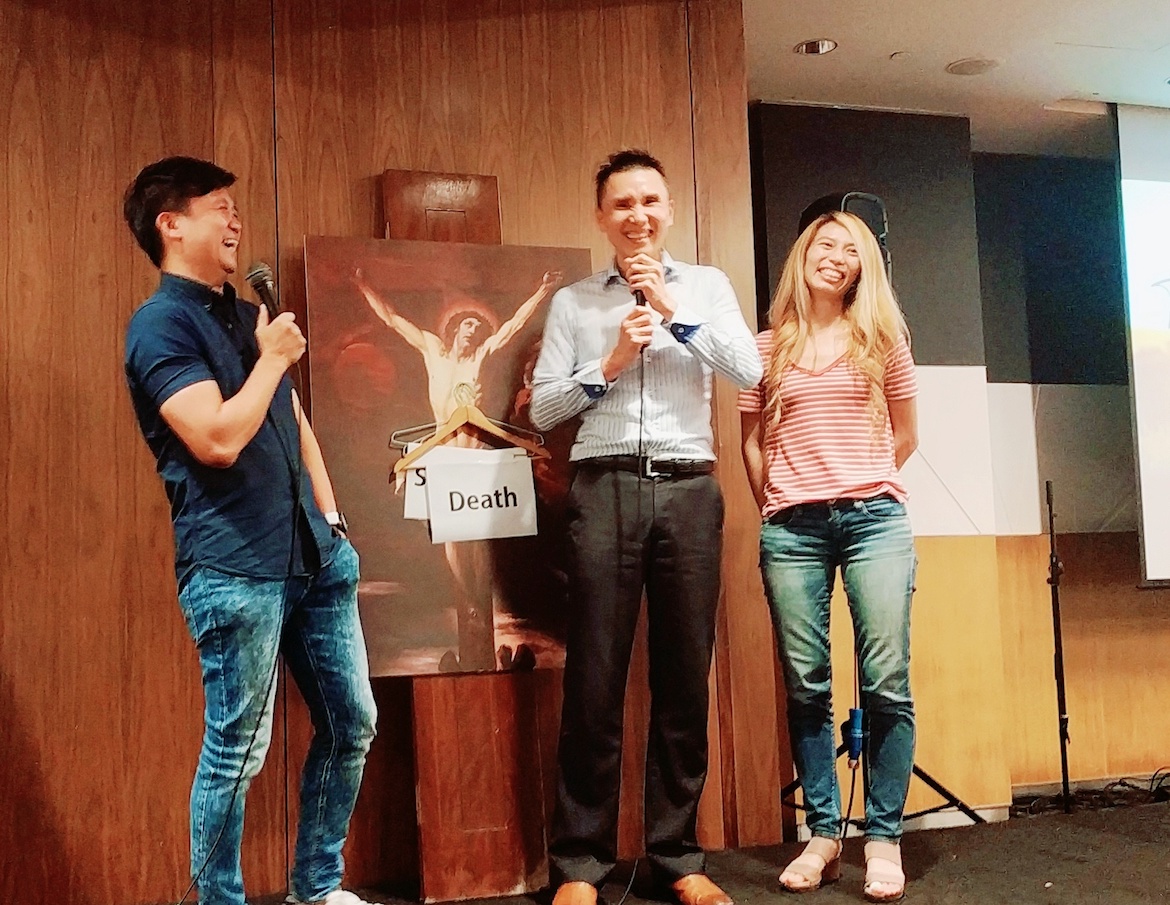 Pastor Zhuang’s little experiment to great effect. As he placed one hanger after another onto the nail, it eventually gave way and the hangers, together with the nail, came tumbling onto the floor with a crash.

“But if your marriage is rooted deep in God,” he said as he hammered the nail deeper into the picture, “your marriage will be stronger, and both of you will be better equipped to handle the trials that come your way.”