The Anointing Of The Holy Spirit: Aries Zulkarnain

Believers must be anointed by the Holy Spirit, even as they wait for God to crown their year with abundance, preached Aries Zulkarnain. 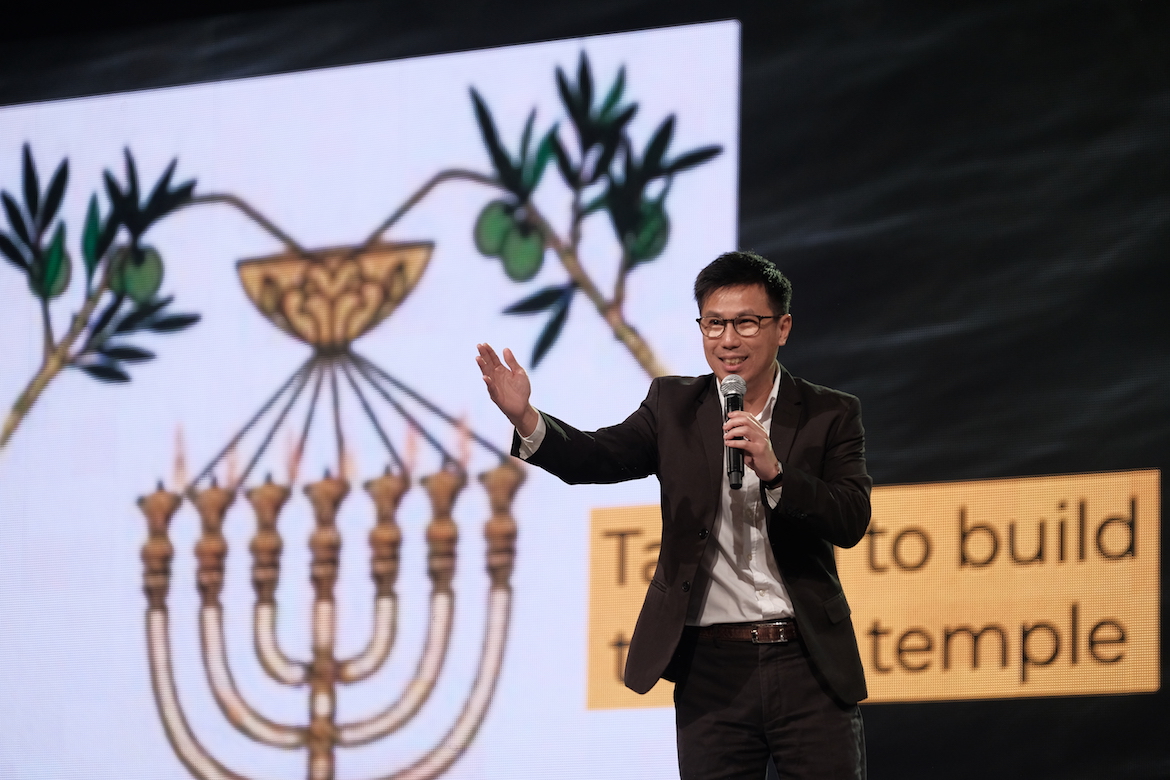 In the final instalment of his sermon series on selah or making room for God, Aries Zulkarnain, executive pastor of City Harvest Church, preached about being anointed by the Holy Spirit.

Recapping his past two sermons, Pastor Aries brought the congregation through the story of the Shunammite woman in 2 Kings 4:8-16. He reminded the congregation of how the woman set aside a room in her house for the prophet Elisha, and went through the significance of each piece of furniture she placed in the room.

The bed speaks of faith to rest in God. The table and chair represent the need to pause and have fellowship with God. The last piece of furniture is the candlestick, which represents a source of illumination, as well as one’s communion with the Holy Spirit.

NOT BY POWER, NOT BY MIGHT, BUT BY THE HOLY SPIRIT
To expound on this point,  the pastor brought the congregation to Zechariah 4. That chapter speaks of the struggle Zerubbabel and his men faced in rebuilding the temple. In the midst of their struggle, God showed Zerubbabel a vision of a golden candlestick which represented the completed work of the temple.

In Zechariah 4:6, God told Zerubbabel to finish the work “not by might nor by power, but by my Spirit”.

“Church, if there is one thing you need to have a fruitful and a productive year ahead, it is the the anointing of the Holy Spirit,” he said.

Pastor Aries explained that the golden candlestick represents the completed work of the temple that is done through the Holy Spirit. The pastor emphasised to the people that it was key to seek the anointing of the Spirit so that whatever work they do would not be done in vain.

“After you have set your heart right with God, made plans and surrendered all to Him, you must know that unless the Lord builds His house, He who labor will labor in vain,” Pastor Aries said, adding that the journey towards fulfilling one’s dreams is full of mountains and valleys and one can only go through it with the anointing of the Holy Spirit.

“It is not that you will not meet with struggles or difficulties when you have the Holy Spirit,” he qualified. “But you will be able to go through struggles with ease. With the anointing, you will not see troubles and trials as obstacles, but you will see them as dumbbells and treadmills that will help you build strength and stamina to last the distance.”

The pastor encouraged the congregation to spend time rebuilding their communion with God and to learn to host the presence of God in their daily lives. 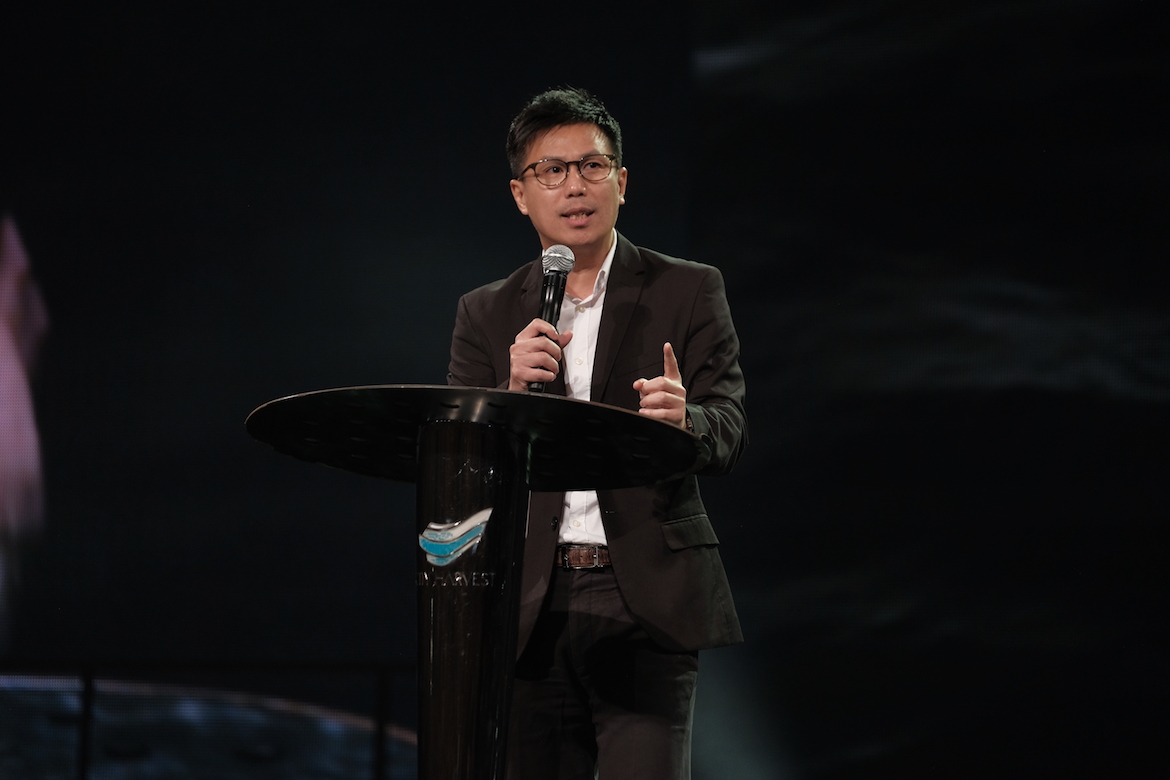 HOW TO BE ANOINTED?
“How then to be anointed by the Holy Spirit? I am glad you asked!” said the pastor. Reading 1 Samuel 16:5-13, Pastor Aries drew some lessons from the life of David. When the prophet Samuel came to Jesse’s house to choose the next king, David was not in the running at all, in the eyes of his father. Yet ultimately, he was chosen from among all his more prominent brothers to be consecrated to be king.

“Before every crowning, there must be a consecrating,” said Pastor Aries, naming the first of two key points in his message.

He explained that to be consecrated means to be set apart. Pastor Aries imagined David growing up in the house of Jesse. He was the unimportant, unpopular youngest son who was always at the back of the house tending the sheep. Yet that was the time when God set David apart from the rest.

Being set apart does not mean to be doing something holy that others are not; it is what Romans 12:2 says, “Do not conform to the pattern of this world, but be transformed by the renewing of your mind. Then you will be able to test and approve what God’s will is—His good, pleasing and perfect will.”

“Sometimes, when you go through seasons of life where you feel like you’re missing out in life, and others seems to be ahead of you, maybe God is consecrating you, preparing you for your season of crowning,” suggested Pastor Aries.

“Secondly, before every crowning of the Holy Spirit, there must be training,” said the pastor. He referenced Proverbs 25:2 and Matthew 6:6 to explain that there is a secret place where God will meet those who are close to Him. There are hidden treasures—the riches of His presence and power—reserved for those willing to search for God in that secret place.

When David was hidden away from the world, tending sheep, he was seeking after God, worshiping Him. It was in this secret place that God trained David to be king.

In 1 Samuel 17, the army of Israel was facing the Philistine army and Goliath, and they were afraid. Pastor Aries noted that it was King Saul, the king who was full of experience, who had defeated the Philistines several times, that was leading the army. Why was he afraid? 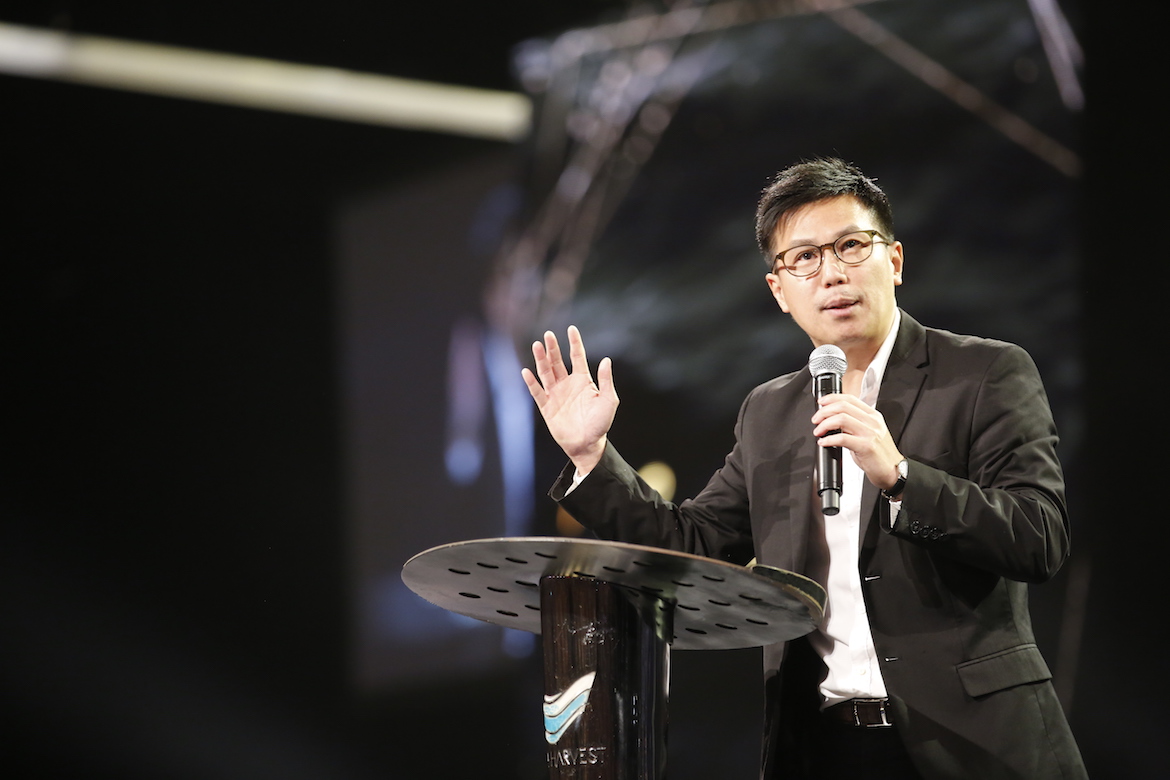 “The answer is found 1 Samuel 16:14 ‘Now the Spirit of the Lord had departed from Saul’,” the pastor said. “King Saul had the same resources on hand as he did in 1 Sam 13 when he defeated the Philistines; the only difference was that by 1 Sam 16, the anointing of God had left Him. This tells us that the difference between victory and defeat is not how much resources you have in your hand, but how much anointing is upon you.”

David, on the other hand, told Saul he was ready for battle. Although he had never been enlisted in the army or fought in any battles, he was confident because the Lord had trained him in the secret place (1 Sam 17:32-37).

The pastor then ended his message quoting Joshua 3:5 and Jeremiah 29:13. He reiterated that the candlestick is a reminder to abide by the Holy Spirit, closing with a 10-day challenge to the people to seek God and the presence of the Holy Spirit. 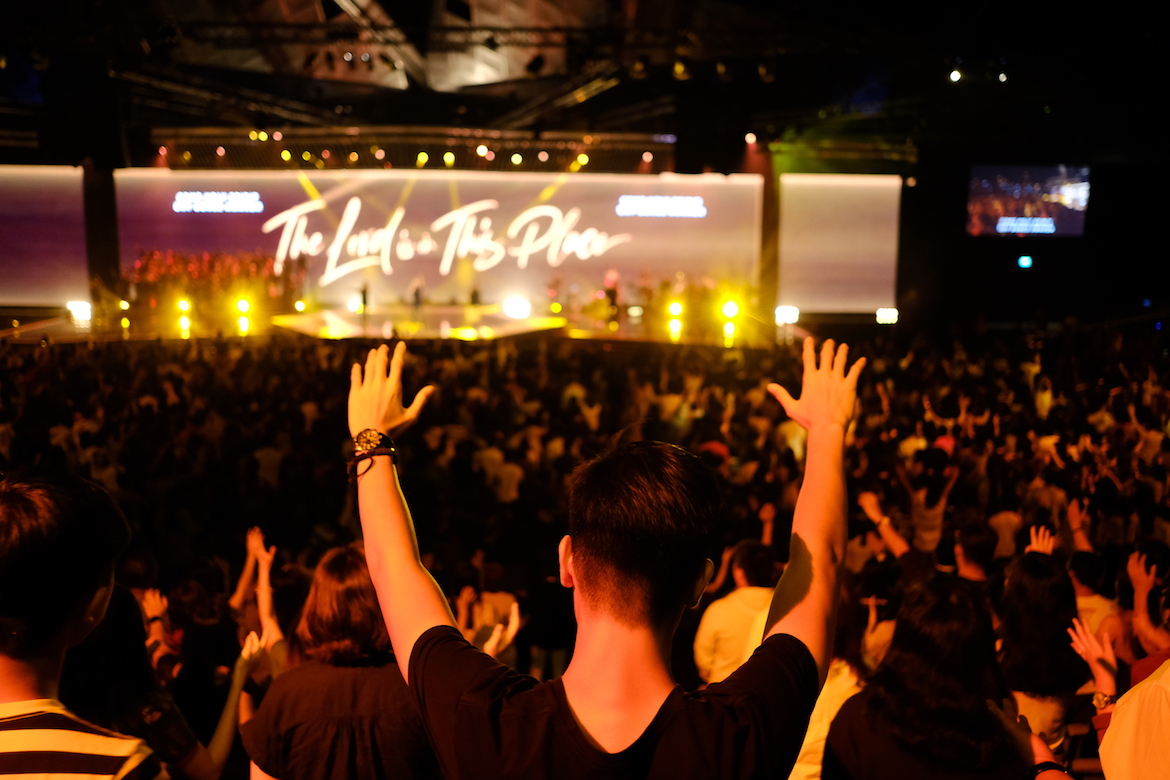