Make Room For Jesus This Christmas

God is not lacking a room to stay; He is looking for a life to fill. So preached Pastor Aries Zulkarnain at this year’s Candlelight Service. 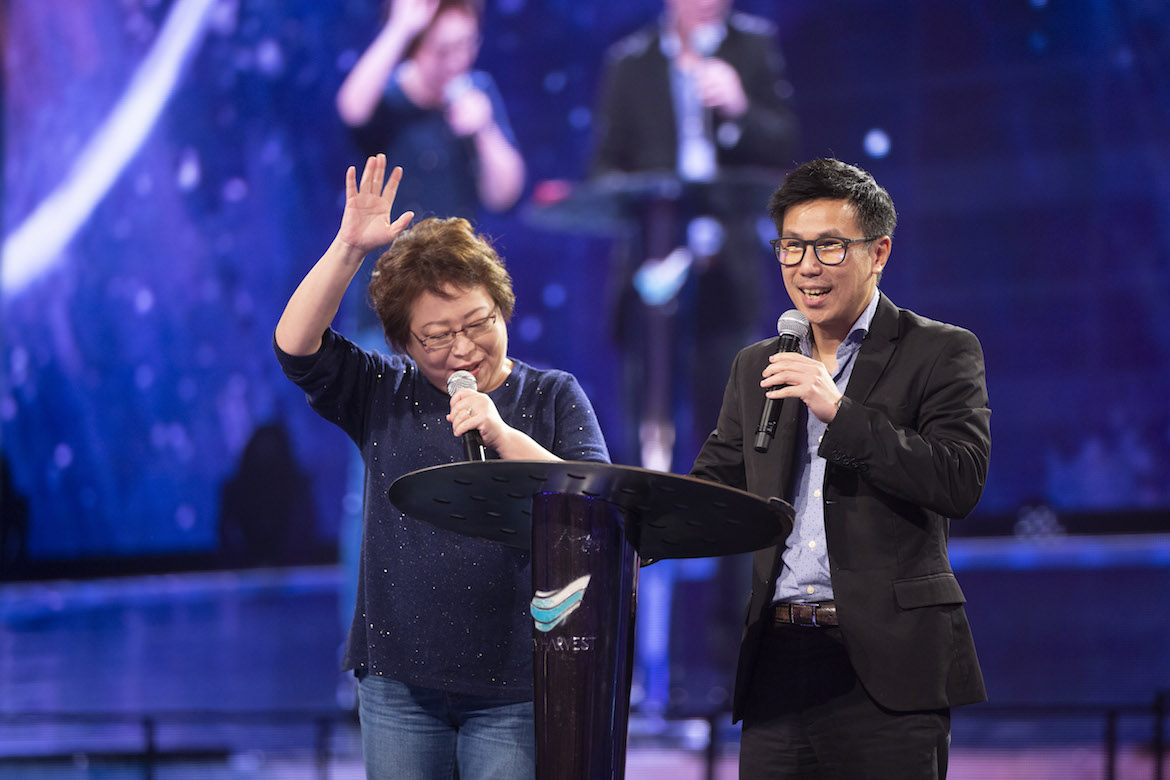 A key part of the Christmas story is how, when Mary and Joseph reached Bethlehem, there was no place but a manger to birth baby Jesus.

Aries Zulkarnain, executive pastor at City Harvest Church, suggested a different way of looking at that scene as he opened his Candlelight service message on Dec 15 and 16.

“Actually, it’s not ‘poor baby Jesus’, but ‘poor innkeeper’,” he asserted. “Because the innkeeper missed the biggest blessing of his life when he didn’t make room for Jesus.”

The word “come” in this verse reflects “to find a place”. “Jesus wants to [come, to] find a place—a room—in your life to fill with abundant grace and blessings,” he said.

Sharing from 2 Kings 4, Pastor Aries used the story of Elisha and the Shunammite woman to highlight how God’s blessing fills our hearts according to His perfect timing. The woman decided to prepare a small room in her house for the man of God, Elisha, to stay every time he passed through Shunem (2 Kings 4:8-10).

Elisha wanted to do something for her in return. Her reply was, “Nothing, I’m secure and satisfied with my family.”(2 Kings 4:13) But Elisha knew there was something missing in the woman’s life.

“Many [people] in life look full on the outside but are actually empty on the inside,” Pastor Aries said. “Only God knows how to fill that emptiness.”

Elisha found that she was without a child and prophesied that “next time this year, you’re going to be nursing an infant son.” (2 Kings 4:16)

“You can have everything in life,” said the pastor, “but without purpose and love, you will always feel empty. Jesus wants to fill your life with purpose, love, a hope and a dream.” 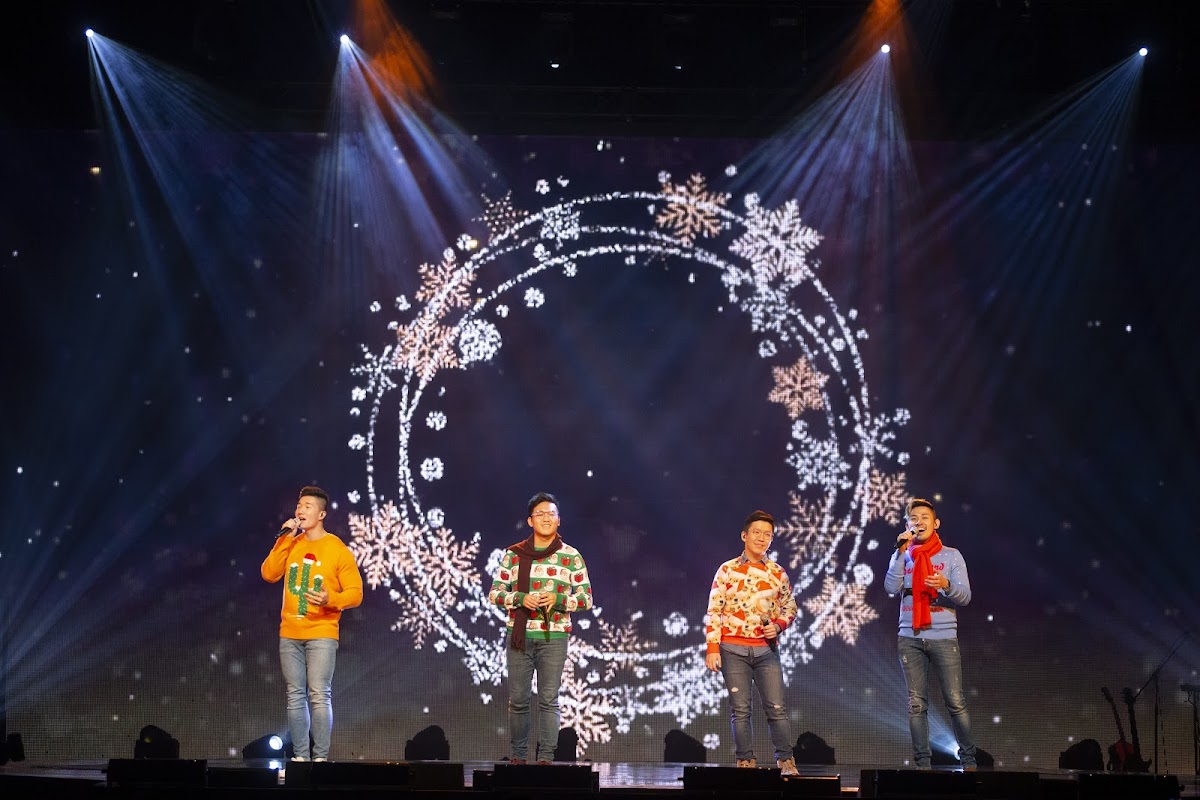 Singers from CityWorship brought on the Christmas feeling with a special performance before the message.

“God wants to fill your life with dreams that may have been forgotten,” declared Pastor Aries. He then shared the testimony of Jennifer, a young woman who, like the Shunammite woman, conceived unexpectedly.

Rio and Jennifer Susanto are long-time members of the church. They got married in 2013 and were pregnant just within a year. But things took a turn for the worse: Jennifer had a molar pregnancy—the egg did not develop and the baby did not grow to term. After removing the undeveloped egg, the couple suffered another blow: Jennifer was diagnosed with gestational trophoblastic neoplasia, a group of rare tumors that grow in the uterus. Jennifer had to undergo chemotherapy to treat the tumors.

But her body started resisting the medication after four cycles of treatment. Their cell group started praying with them and eventually, Jennifer’s condition improved with chemotherapy and she recovered in two months.

But there was still something missing from her life—a baby.

The young couple tried several times to no avail. They became discouraged, especially when couples around them who got married later than them started to conceive.

“While men think about when it would be their turn, God is always thinking about when the right time is,” the pastor noted. At the beginning of 2017, when the couple had all but forgotten about their dream of a baby, the Lord reminded them again when the cell group came together to write their prayers for the year. In the middle of that year, Jennifer found that she was pregnant and the baby was developing normally.

“Rio said that looking back, they thought they had gone through an unfortunate episode having to wait four excruciating years [for a baby], with no results. But God was working behind the scenes in their lives, giving them time to travel around the world together, develop their careers, save up finances and build up their marriage.”

GOD TURNS YOUR DARKNESS INTO LIGHT

Continuing on the story of the Shunammite Woman, Pastor Aries recounted that, just as Elisha prophesied, she conceived and the little boy was born grew up. But one day, he died unexpectedly (2 Kings 4:17-20).

“Darkness can come and hit us so hard that it leaves us in despair,” said the pastor. “But God wants to turn your darkness into light.”

The Shunammite woman brought her son to Elisha’s room and laid him on his bed. In doing that, said the pastor, she was bringing her blessing back to the source of blessing.

“When you go back to the source, God always has a miracle in store for you,” he adds.

He then shared the life-changing testimony of a young couple, Louis and Belle. The couple had a four-month-old baby boy, Leroy, when they had an encounter with tormenting spirits. Belle felt it was a disturbing presence in their house that caused Leroy to cry uncontrollably. She had also been feeling this presence because she had been exposed to the occult since she was 3. The disturbing presence caused her to sink into depression.

When their neighbors, Serene and Sebastian who are members from CHC, visited them, they prayed for Leroy and he stopped crying immediately. Serene then prayed for Belle. That night, Belle felt a release from the binding in her heart. The couple came to church that weekend and received salvation.

To sustain the deliverance, the couple sought counselling and prayer from CHC’s Liberty Ministry, and were set free from their past beliefs and practices. During one of the counselling sessions, Louis felt prompted by the Lord to confess his unfaithfulness towards Belle. While Belle was heart-broken, she felt God speaking to her, asking her to forgive Louis. Though it was a hard pill to swallow, she chose to obey God, and forgave her husband.

Louis showed his sincerity to Belle by buying new wedding rings to renew their marriage vows. At their final counselling session, they renewed their vows with their pastors as witnesses. It was a dream come true for Belle who always wanted to get married in church. One of the counsellors gave her a prophetic word that “your baby is also here”. Two weeks later, Belle discovered she was pregnant! Today, the baby, Annya is 2. Her name means grace and it post as a reminder of God’s grace in their lives.

In closing Pastor Aries reminded the congregation that “God doesn’t just know how to meet your need, He is what you need”. 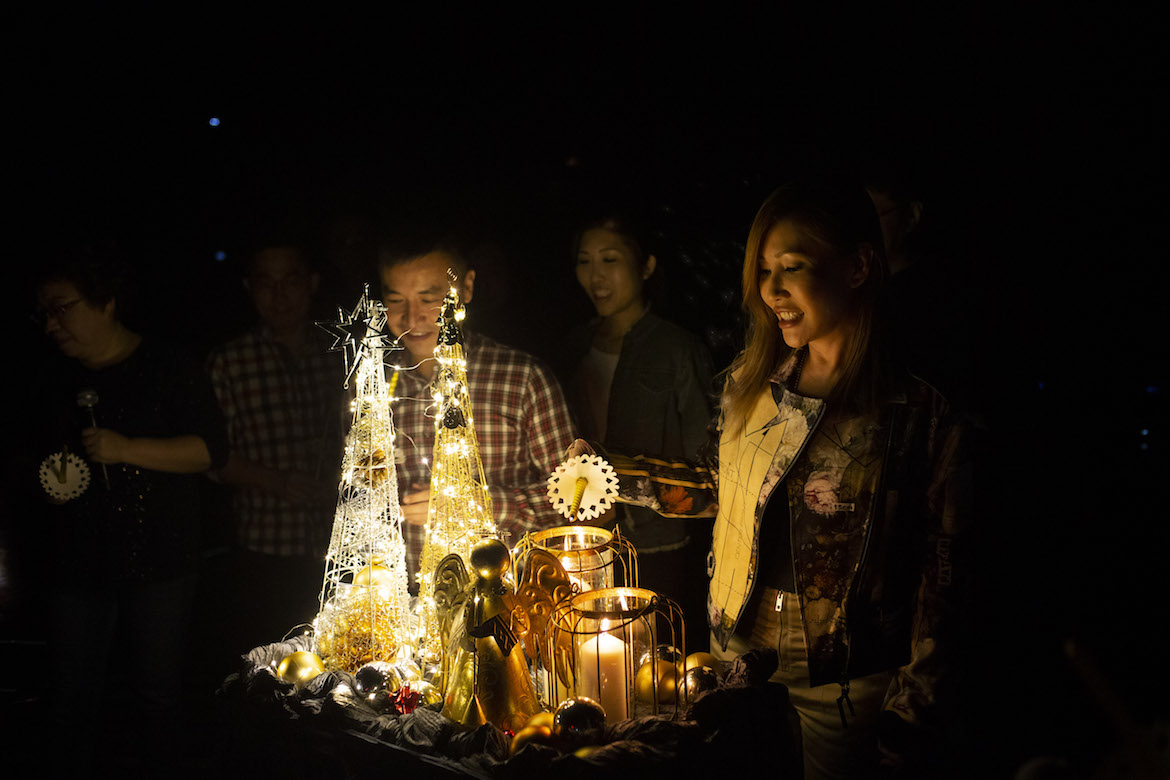 Pastor Sun Ho lighting the first candle and passing on the light until the hall was entirely lit.

As the message ended, a heart-warming time of Christmas carols as the lights in the auditorium were darkened and candles were lit across the whole hall—a fitting reflection of the sermon as all were reminded of Jesus, the Light of the world. As Pastor Aries delivered an altar call for salvations and rededication’s, hundreds walked up the aisles and made room for Jesus in their hearts. 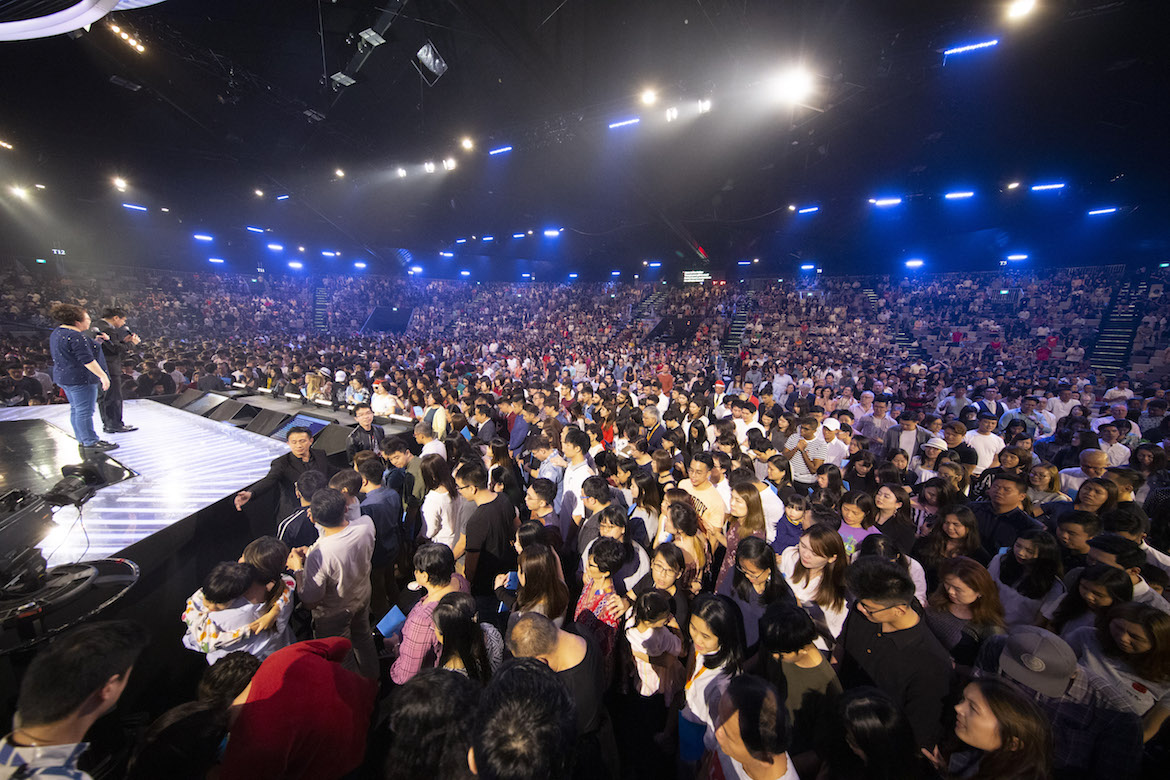 Hundreds responded to the altar call.

Benson Tan graduated from the Polytechnic recently and is undergoing his National Service training. He volunteers at City News in his free time and indulges his passion in Ultimate Frisbee. He would join tournaments with his friends just for fun. Benson dreams that through his articles, he will be able to relate and to motivate others who are going through tough times.