Does Prayer Make A Difference? 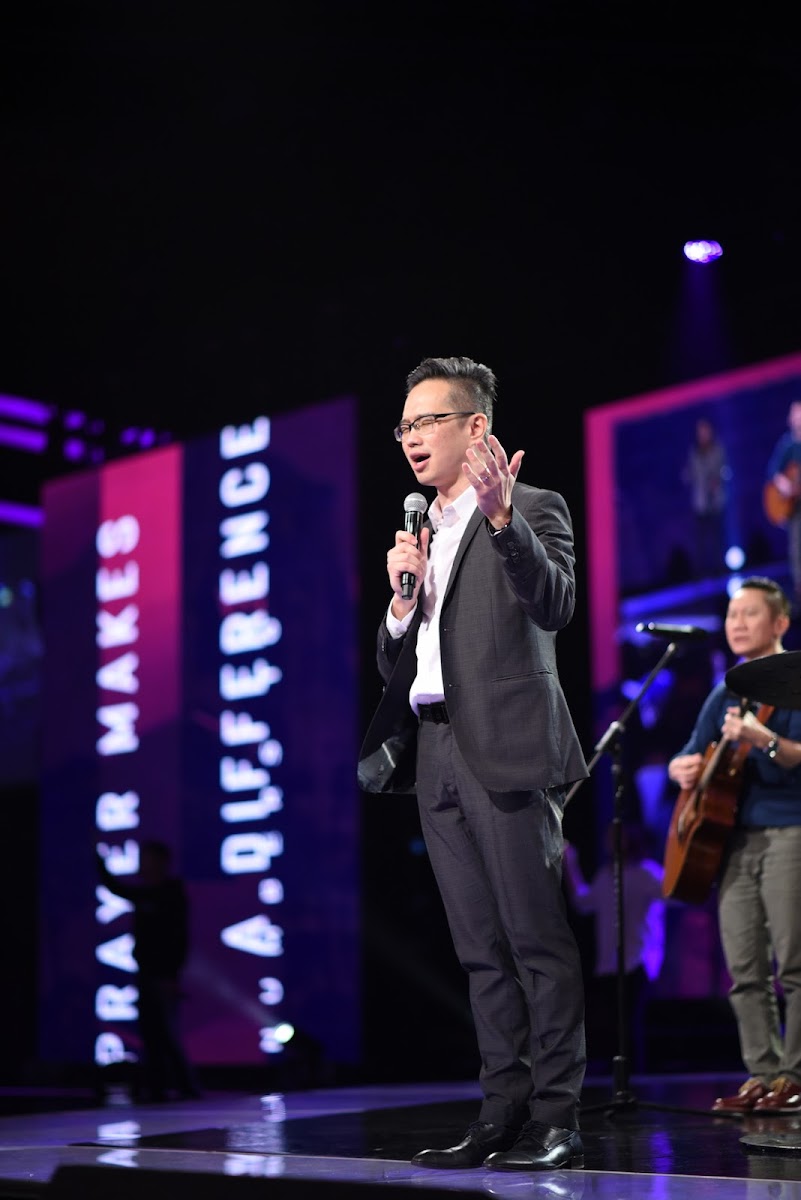 It’s a question even the most steadfast of believers has found himself asking at least once in a lifetime: does prayer actually do anything, besides bring the believer peace and calm?

Executive pastor at CHC, Bobby Chaw tackled this topic head on last weekend (Nov 24-25). Preaching from the book of Numbers, he unpacked a lesson on how believers of Christ can make a tangible difference through their prayers.

How does prayer make a difference? Pastor Bobby brought the congregation to Numbers 16. There were two rebellions against Moses and Aaron. One of them was led by some Levites, leaders who should have shared Moses’ burdens. The second rebellion involved all the children of  Israel.

The preacher reiterated from an earlier sermon that “complaining and grumblings are extremely contagious. It can infect leaders and the whole congregation with a bitter attitude”. These complaints and grumblings provoked God’s wrath and brought terrible punishment upon the congregation as seen in Numbers 16:31-32, 35, 44-45.

“But today, let’s consider to Moses and Aaron,” said Pastor Bobby. Despite the frustrations of ministry and the lack of appreciation from the congregation, Moses and Aaron carried a different attitude.

“They did not celebrate when judgement came upon the Israelites,” he shared. “Instead, they prayed and interceded for the people.” (Num 16:4, 46)

This was the same attitude Jesus taught His disciples. In Luke 6:27-28, it says that “But to you who are listening I say: Love your enemies, do good to those who hate you, bless those who curse you, pray for those who mistreat you.”

“Because prayer makes a difference,” declared the pastor. “It doesn’t just stop the ungrateful attitude in you; it literally stops death and brings life.”

Numbers 6:47-48 recorded how the plague stopped after Moses and Aaron offered up incense for the people.

Revelation 5:8 and Revelation 8:4 reveal that the offering of incense represents the prayers of the saints. “Prayer makes a difference,” Pastor Bobby underscored.

“Prayer is the greatest outlet of power,” wrote S D Gordon, an evangelical author. Pastor Bobby went on to preach that in life, there is only one inlet of power, and that is the Holy Spirit. Jesus told the disciples in Acts 1:8: “But you will receive power when the Holy Spirit comes on you, and you will be my witnesses in Jerusalem, and in all Judea and Samaria, and to the ends of the earth”.

“By ourselves, we are powerless,” said the pastor. “But whoever opens their doors and invites Him in, the Holy Spirit eagerly enters.”

However, many Christians have not given the Holy Spirit full control of their lives. “They’re treating Him as a guest rather than a host in this temple,” noted Pastor Bobby. “But if you learn to cultivate a relationship with Him, and give Him full control, you will receive His power.” 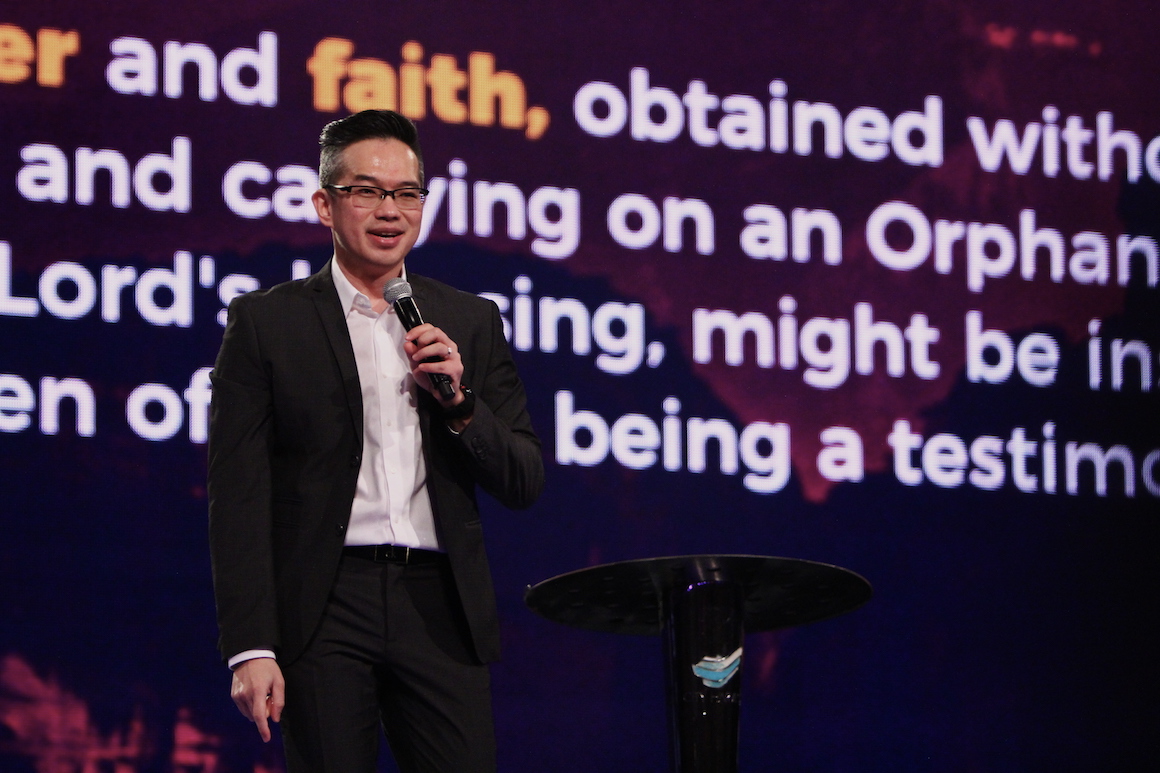 First outlet is the lives of Christians. Referencing Acts 4:13 in which Peter and John boldly preached the gospel despite their lack of education, Pastor Bobby showed the church how people can recognize Jesus through the lives Christians live.

“Our lives are more powerful than our serving,” he said. “Our lives are an outlet of the demonstration of power and the life of the Spirit inside of you.”

The second outlet is one’s lips. A person may stammer and falter in his speech, but if he carries the power of God, the hearts of listeners will be moved. On the contrary, the words of another man may be smooth but lack the touch of God.

“Why? The difference in this is that one carries the power of the Holy Spirit, and the other is just speaking persuasive words of human wisdom,” Pastor Bobby explained, referencing 1 Corinthians 2:4.

The third outlet is one’s services to people. Matthew 20:28 and Acts 10:38 showed how Jesus served the people.

“What about your own ministry? Does it demonstrate power and faith of the Holy Spirit—or just powder and face?” quipped the pastor, drawing laughter from the crowd.

The fourth and most important outlet is one’s prayers. Philippians 4:6 reminds Christians to pray about everything to God.

“We can do nothing until we pray,” the pastor preached. “Prayer is not the only thing we do, but it is the first thing we do.” If there is no prayer, there is no real power in the believers of Christ.

“If we fail in prayer, we will fall in times of trial,” Pastor Bobby asserted.

Luke 22:41-43 recorded that when Jesus prayed “an angel from heaven appeared to Him and strengthened Him”. There is a supernatural power that comes and strengthens believers when they pray.

Pastor Bobby stirred up the faith of the congregation with testimonies of how God answers prayers. 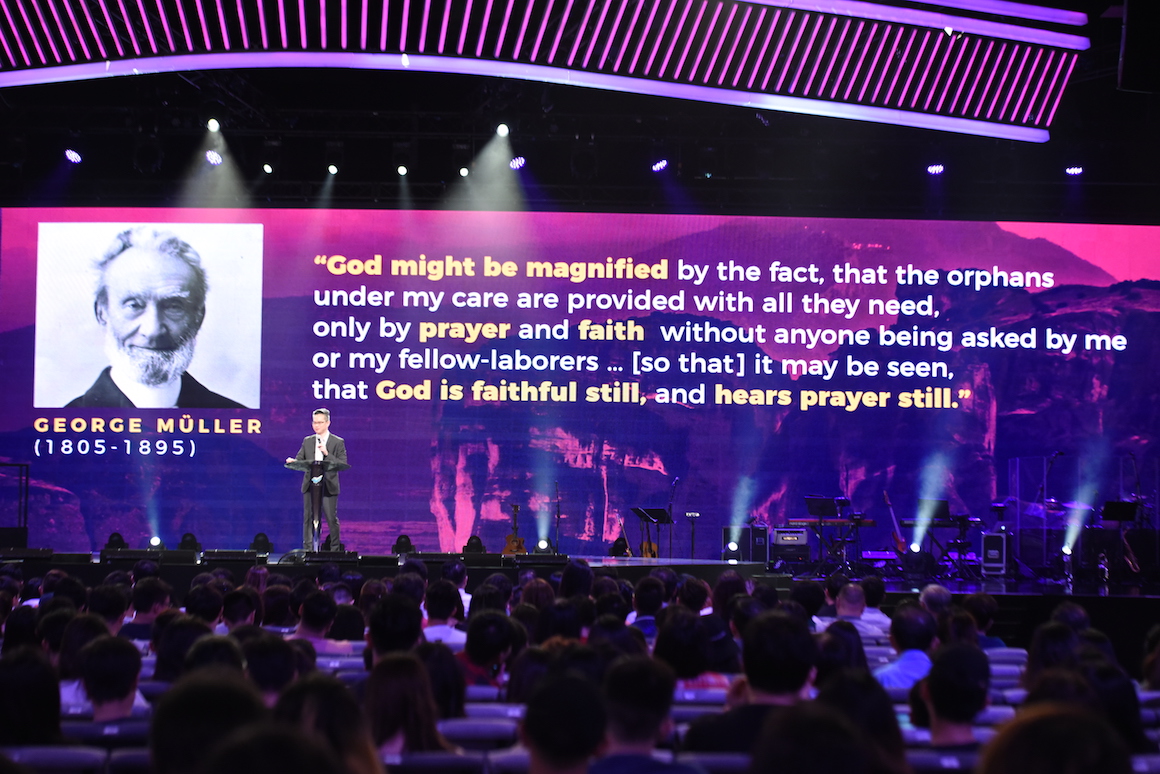 George Muller was a Christian evangelist known for the famous orphanage in Bristol, England. He wrote that his primary purpose of opening the Orphan House was that “it may be seen that God is faithful still, and hears prayer still.”

He saw that the older people were fearful of lack and poverty and the business people were constantly worried about the bad times. He wanted to show people that God was still alive and answering prayers.

He was a poor man but he did not get any resources from anyone but God alone. Recounting it in his diary, he shared how God answered all his prayers for God to move in the hearts of people to provide for the orphanage. God blessed his work and Muller provided care for 10,000 orphans.

Another testimony came from Pastor Garrick Li of Grace Church in Taiwan. In 2004, he had been praying for the salvation of his parents when the Holy Spirit reminded him that he didn’t say when his parents should be saved. He committed a date at the end of that year to God, and prayed, believing. His father suddenly suffered a stroke, and as he lay dying, he remembered his son praying to a Jesus. He cried out to Jesus, saying ““Jesus, if You are real, please save me, I am not done with my life yet.” After praying that, found he could breathe, and even get into the ambulance by himself. Doctors found a tumor in his brain and removed it, and he miraculously recovered in a short period of time. Pastor Garrick’s father received Christ as his Lord and Savior. His mother followed suit after Jesus appeared to her in a dream. Both were baptised by December 2004—God answered Pastor Garrick’s prayers in a mighty way.

“The receiving of the gifts and power of the Holy Spirit is dependent on two things: the Father must give, and Christians must ask (Luke 11:13).” He urged the congregation to ask to be filled with the Holy Spirit (Acts 4:31) and to never give up on prayer.

“Prayer is not optional, it is required,” he said to the people. Very often, believers give up praying when they do not see prayers answered, and they become indifferent.

He encouraged the church to continue praying for the salvation of their friends and family, to let their prayers rise up to the Lord and to never give up praying.