Pastor Phil Pringle preached a timely message, reminding City Harvest Church the importance of praying in the Spirit to recharge their faith.

Phil Pringle, leader of C3 Global, is back in City Harvest Church on the weekend of Nov 17 and 18 with a reminder to recharge one’s faith. 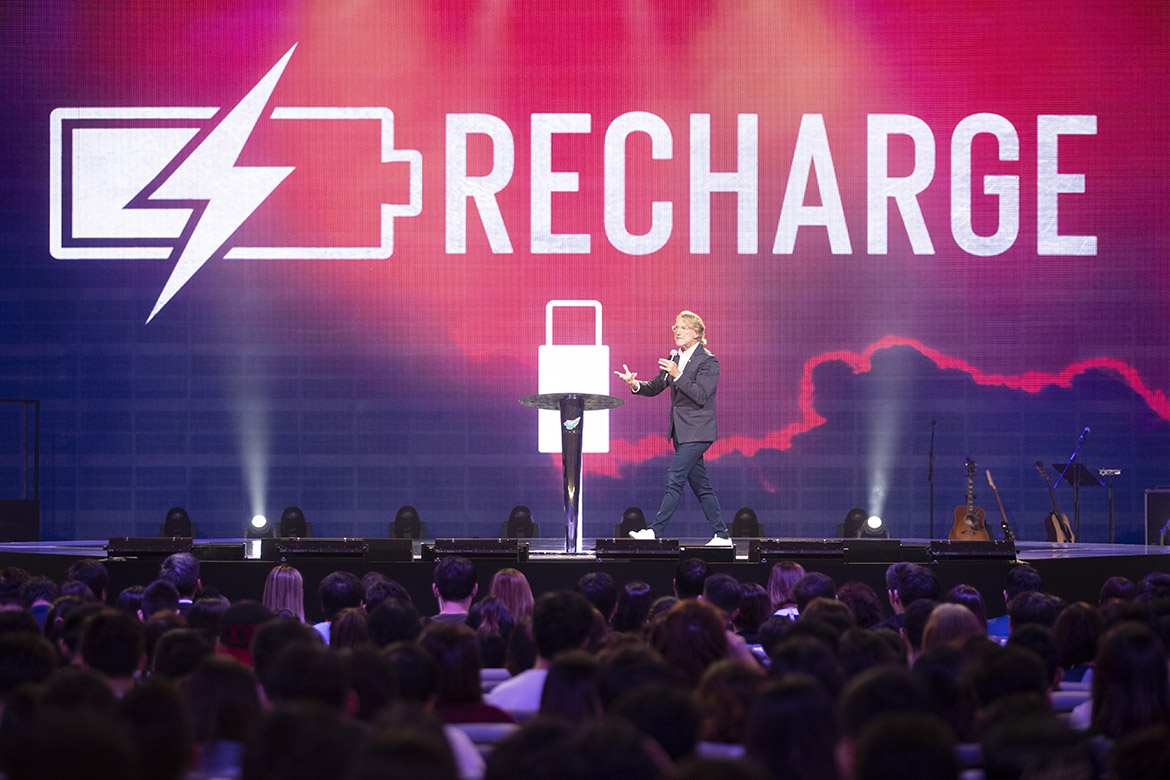 That weekend also saw the ordination of Teo Meng How and Tsui Fung as pastors. Licensing and ordaining pastors serve to formally and publicly recognise God’s calling and equipping of an individual.

Teo has been serving as a full-time staff in CHC from 2000 to 2012. He has been a pastoral supervisor for five years and a personal assistant to the senior pastor for four years. Since May 2014, Teo has been serving as in missions and pastoral work. In the last five years, he has made 58 mission trips to 15 countries. Teo currently oversees 163 members and 12 cell groups, and he is licensed as an associate pastor of CHC, with a focus on missions.

Tsui has been serving as a full-time youth pastoral worker in Grace Community Church in Hong Kong. During this time, the congregation grew from 50 to 800 youths. In 2016, Tsui felt led to plant a new church and started Arise Church. As an affiliate of City Harvest Church, he currently oversees 50 members, supervises nine church leaders and is licensed to be a senior pastor over Arise Church. 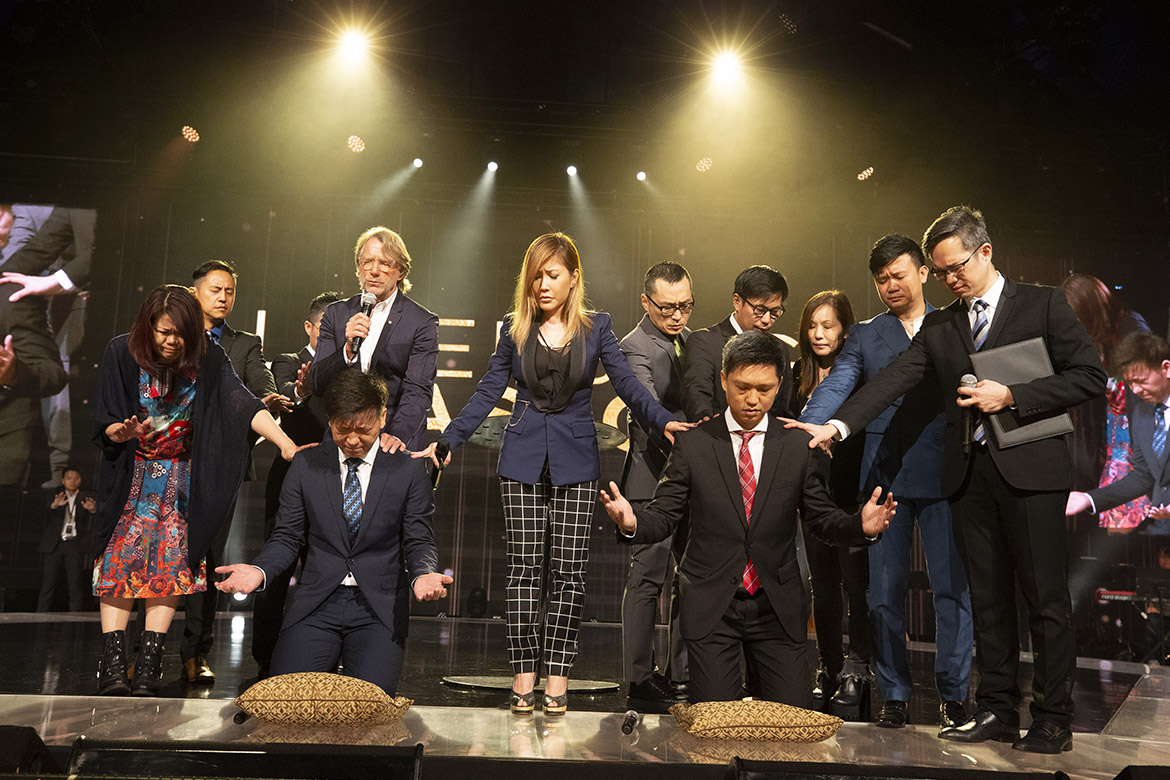 BUILDING ON YOUR MOST HIGH FAITH

On Saturday, Pastor Phil began by emphasising the importance of recharging and how everyone needs to refuel once in awhile. He gave the example of a mobile phone—it functions in a million ways but if the battery is dead, it serves no purpose. As people depend on electronic devices to function, the devices depend on someone for recharging.

“It’s the same with your spirit. If it’s dead, you can’t communicate and connect with God. As much as we recharge those devices, we also need to keep ourselves recharged,” the pastor said.

He went on to read Jude 20, which says, “But you, beloved, building yourselves up on your most high faith, praying in the Holy Spirit.” This was his main verse of the day.

“But you are different. You are a builder, you build up yourselves up. You build each other up. While others seek to find the wrong in everything, we need to commit to building people.”

In Luke 13:10-13, Jesus straightened up a woman who was bowed over for 18 years. “Something happened to her, a drainer gave her a thought that drained her all the way down. Being bowed over is a posture from an evil spirit,” the pastor said. “Jesus is the only answer to deal with the devil.”

“A moment can miss us because we are distracted or because we think that it is too small. But many times, opportunities and moments come wrapped up in heavy disguises.”

Pastor Phil went on to describe a recent moment that recharged his faith. He had been thinking of retirement recently and was worried about his finances. Someone shared a testimony in church one day on how he managed to earn more in retirement than when he was working.

“That changed my mind and built my faith.”

“There’s a Holy place where we can go into, worship, and get into this place where the Presence of God is.” Isaiah 40:31 tells believers that those who wait on the Lord will be recharged. “What is waiting on the Lord? It is simply to stop doing everything else and stay in His Presence.”

He ended his message reminding the congregation that the Lord is the Author of life and He can give them life that they cannot find anywhere else.

HOW DO WE RECHARGE THE SPIRIT

On Sunday, Pastor Phil reminded the congregation again that keeping the Spirit recharged is vital. When a tree bears fruit, it ripens, falls to the ground and becomes fuel for a new tree to grow. God’s primary strategy on earth is just like the growth cycle of a tree. Everything on earth needs fuel to survive and this includes one’s spiritual life. 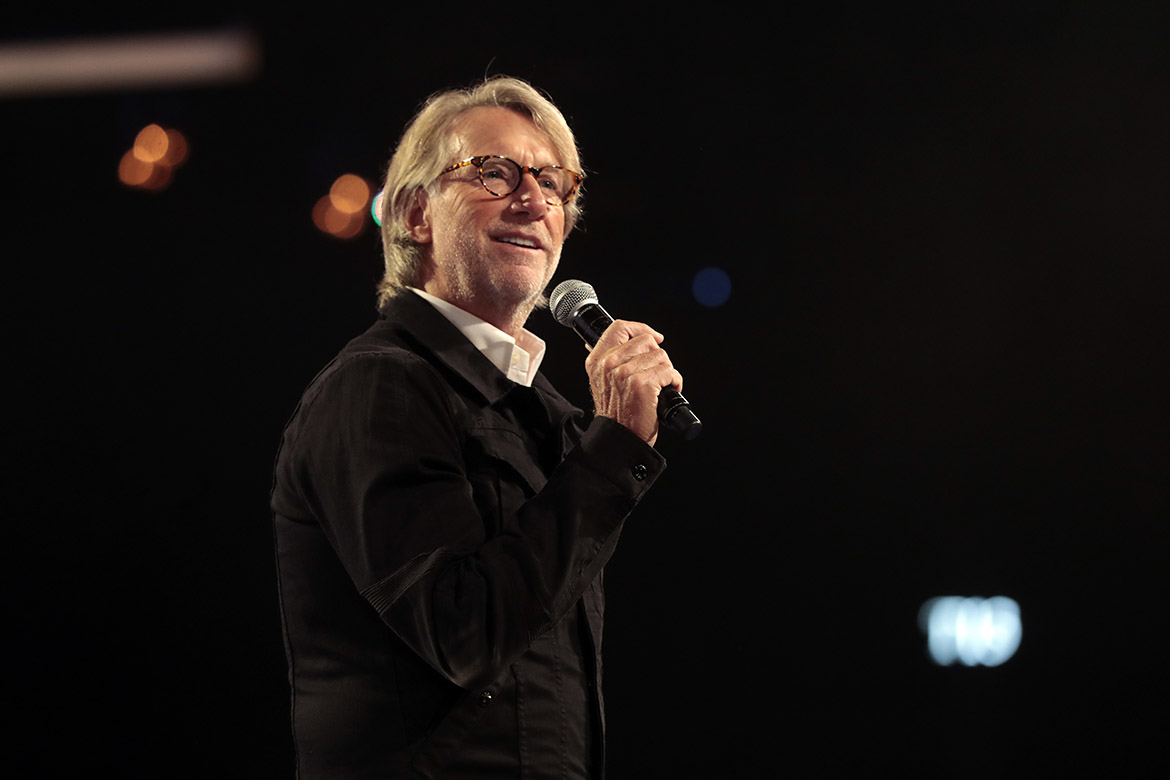 Many feel guilty when they take a break from life’s responsibilities, but God has no problem with resting. He liked it so much that He made the rest day holy—Sabbath is meant for resting and recharging by reconnecting with Him.

“Some things energizes us but some things just suck the life out of us. The worst one is discouragement because faith is stolen,” the pastor said.

In Genesis 15:1-3, Abraham was so disappointed that God had not fulfilled His promise to him. Abraham is the greatest example of faith in Scriptures and yet, there was a day when he doubted God.

“The reason Abraham doubted was that it is taking too long for the promise to happen. It’s becoming hard to believe in it and his faith is running out. He needed to recharge his faith.”

Doubt is part of the journey and even Jesus experienced it in the Garden of Gethsemane. Doubt means that one has reached the edge of their faith. Stepping over this limit could bring forth doubt, but it can also bring growth to one’s faith.

Romans 4:19-21 says that Abraham “ did not waver at the promise of God through unbelief, but was strengthened in faith.”

“Abraham met with a crisis of faith, but he never let go of God’s promise. He did not allow a moment of crisis to become his entire journey,” the pastor said. “Don’t make decisions in a moment of disappointment or discouragement, don’t let a moment dictate the rest of your life.”

Abraham reached the moment when he decided to switch his faith on, remove himself from unbelief, and started believing in the truth of God’s Word. He stopped talking in the tongues of the world, started confessing the Promises of God and plugged into His Word.

Reading Isaiah 28:11-12, Pastor Phil taught that speaking in tongues is speaking the language of heaven—it will strengthen a person’s faith.

Another way to revive faith is found in John 4:34, which says, “my nourishment comes from doing the will of God.” Apart from speaking in the tongues of heaven, one can get energized by doing what he is meant to do.

“Be a volunteer, do something. Exhaustion doesn’t come with hard work, it comes with doing the wrong work,” he said. “Understand who you are so you can position yourselves properly. When you’re doing what you’re supposed to be doing, you’ll be happy and energized.”

However, sometimes after a great moment doing the will of God, a person can find their emotions depleted. Pastor Phil read the story of Elijah in 1 Kings 19:2-6; Elijah just had a great moment and found himself drained of energy. The angels attended to him and he was recharged.

“Even when you’re doing what you’re meant to be doing, you need a moment to recharge in the presence of God. Then you’ll feel like you can take on the world again.”

Pastor Phil concluded both services inviting people to receive Jesus as their Lord and Saviour. 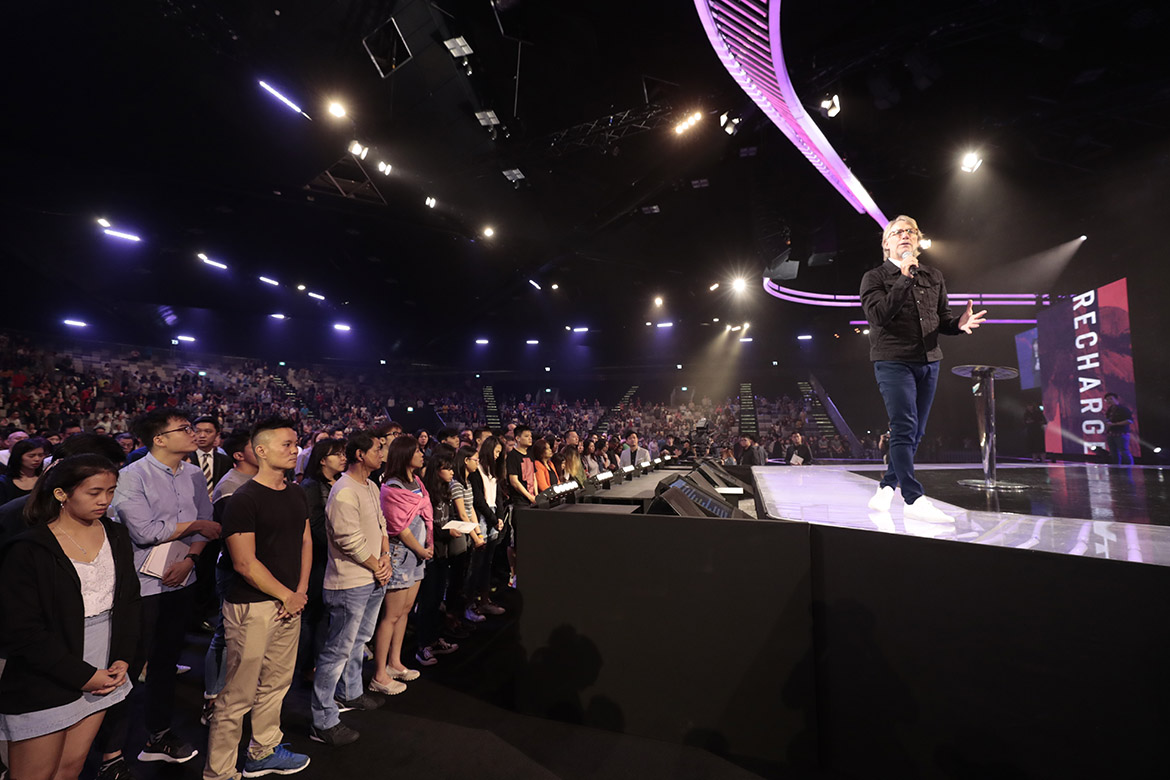