When Nicole Soepranoto, now 20, attended City Harvest Church’s School of Theology in 2016, she was sent on a mission trip to Siantar, Indonesia. Siantar is an Indonesian city located three hours from Medan. Soepranoto had a team mate on that mission trip, Claudia Ponomban, now 26, who was also the daughter of the senior pastor of GPI Siantar church, Dion Ponomban. That mission trip sparked off a love for youth in them.

This year, Soepranoto felt led to do something for the youths of Siantar again. She came up with the theme “Gifts and Talents” to help counter the low self-esteem experienced by many Indonesian youths. So the objective of this mission trip was to equip and empower the young people to develop their God-given gifts and talents, and to experience God in a special way. Emerge Siantar was held on July 14 and 15 and saw 173 participants: 103 of them were people who had never visited a church. Emerge is a youth conference started by CHC in 2003. It aims to inspire young people to serve God with their talents. Four other churches and schools were also invited to participate in the conference: Gereja Bethany Indonesia, Kalam Kudus High School, Methodist High School and Murni Sadar Polytechnic. The youths of GPI Siantar also promoted the conference via their social media accounts and by word-of-mouth.

To accommodate a larger number of participants and to house the various workshops and seminars, the conference was held within a school compound. Workshop topics included public speaking, vocals, basic guitar, advanced guitar, percussion, dance, calligraphy, basketball. Youths could also sign up in one of the seven empowering seminar topics, such as Relationship Builders, Academic Excellence, Managing our Emotions, The Holy Spirit, Soul-winning, The Caring System, and Discipleship.

Participants paid a registration fee of 75,000 rupiahs (approximately S$7.50), which covered all their meals and a welcome bag, which included a conference T-shirt, pen, light sticks and a program booklet.

To cover mission expenses and to sponsor youth who could not afford the registration fees, the mission team also raised funds—S$1,100—by selling brownies in CHC. 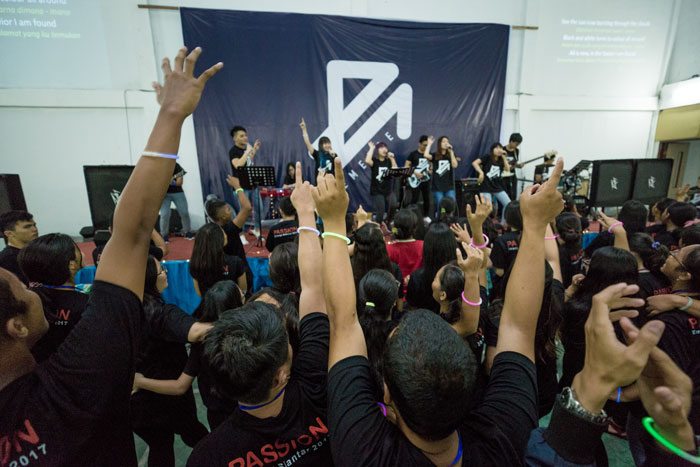 REACHING THE YOUTHS IN SIANTAR

Fellow team member Jeanette Zee preached for the very first time at Emerge Siantar. As a CHC youth member, Zee had experience an activity during CHC’s Emerge Conference in Singapore: the youths would write their visions and dreams on pieces of paper which would then be folded into paper planes which are then launched—symbolising the taking off of the dream and vision. She was keen to introduce this activity to the Siantar youths.

That night, after she had preached a message on the Father’s love, the Holy Spirit fell upon the people and holy laughter spread among the youths. The worship team went into a time of praise and the final night ended with the paper plane activity that Zee had hoped to conduct.

“The amazing thing was how everything came together at the meeting,” she said, “how the entire team flowed together and God moved, just like I imagined.” On Sunday, July 16, the mission team split into smaller groups to preach in the main service of GPI Siantar and four of its affiliated churches. The trip then ended with the team laying hands on GPI Siantar’s new building, located five minutes from the original building. The new building seats 1,000 people.

Wong said, “As I was part of the band, we met up frequently to practice and prepare ourselves spiritually. As the Word says in 1 Timothy 4:12, ‘let no man despise your youth’. God really used us as His vessels to minister to the people through the messages, praise, worship, and prayer. These experiences showed me that despite our youth, God can move mightily among and through us!”

Tan committed herself to praying and fasting every Wednesday with her team. Besides that, they also gathered during their daily break to practice for the dance performance. The trip showed her how open the Indonesians were because she had always thought them to be conservative. “Their openness to the gifts of the Holy Spirit surprised me and we even experienced holy laughter!” said Tan.

Emerge Siantar was the first mission trip for undergraduate Max Lee, 22, drummer in the worship band. He was also in charge of the percussion workshop. “It was my first mission trip and also a first for me to officially teach percussion,” he said. “I spent some time to pen down essential techniques and theories. It was quite tedious to teach that to 15 participants. Since music is a universal language, I used familiar popular music to explain bar counting and snare-bass rhythms. I felt a sense of accomplishment when they applied what they learned and performed Counting Stars by OneRepublic. I realized that God can use anyone—no matter how small they think their gift is—for His glory!”

Reflecting on the mission trip, Soepranoto said, “This year, the mission trip was packed because we had workshops and seminars. If we were to do it again next year, we will make sure we have more time for fellowship. Looking back, even though I felt stressed planning for the trip, it was a very fruitful one and that made me feel like doing it all over again.”