Praising God In All Seasons

Revisiting foundational truths of being followers of Christ, City Worship’s songwriters have written a series of new praise and worship songs. 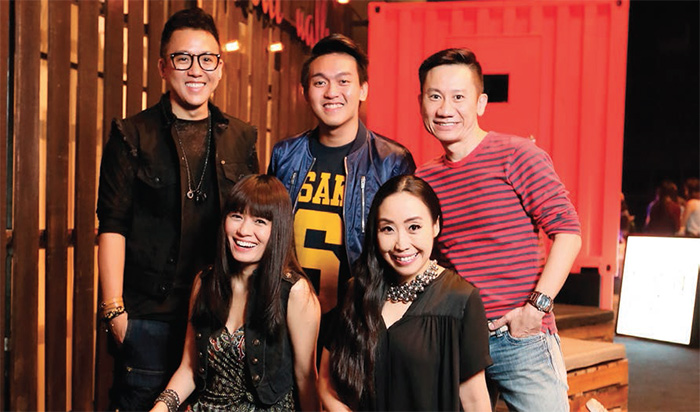 “Worship builds an atmosphere for the Holy Spirit to move freely, bringing God’s presence, healing, restoration, future and hope to the broken-hearted as we serve,” says Mark Kwan, creative director of CityWorship, City Harvest Church’s worship team. Growth, he says, is a deepening of the church’s roots in God while widening and expanding its reach and impact on the world for Christ.

In this season of going deep, the songwriters in CityWorship have recently written a number of heartfelt compositions that have been sung at CHC’s services. This is not new for CHC—the worship team has over the years put out a number of albums of self-penned songs. But the praise and worship of this season is different, having emerged from an extraordinarily challenging time for the church. “By God’s grace, the members of CHC will emerge better and bolder worshippers, tested and refined like gold,” says Kwan.

City News Weekly talks to the songwriters about the new songs penned during the season of trial and testing for the church. “Everyone needs a miracle in some ways. We just have to believe,” says worship leader Teo Poh Heng. The song ‘Miracle’ was birthed out of John 6:68-69, which says: “Simon Peter answered him, ‘Lord, to whom shall we go? You have the words of eternal life. We have come to believe and to know that you are the Holy One of God.’” A simple song that carries the immensely assuring message that God is faithful to complete the work that He has started, ‘Miracle’ sings of total dependency on a God who is able to work miracles in all circumstances.

Teo himself is a living testimony of the song’s message; he once suffered a near-fatal electrocution while on a mission trip to Jakarta, an accident that earned him the name “Miracle Man” from his orthopedic surgeon for escaping death by the grace of God.

Asked about his favorite verse from the song, Poh replies, “It’s ‘How could I ever survive without Your presence in my life.’ When I came to church for the first time, I did not understand what was happening but I love the worship. I was attracted by His presence and since then, His presence is what I long for and it’s what I can’t live without!”

The first song Teo penned, ‘The Church Of Power’ was one of the songs in CHC’s debut praise and worship album Against All Odds (1994) and later on recorded by a church in America as well.

“The word ‘unforsaken’ came into my head in mid-2014,” recalls Kwan. Inspired by the themes of humanity’s weaknesses and the believer’s hope in Christ for his future in 2 Corinthians 4, he penned the song as “an ode of encouragement to us as well as a tribute to what we represent as a church. It reminds us of our spiritual values as a family and the traits that make us uniquely CHC: an indomitable ‘in-spite-of’ faith, a wholehearted surrender and dependence on God, and a compassionate heart desiring
to keep on impacting the world for Jesus.

“As a singer, I love the line in the song—“We rise again”—because there’s always a lift in the spiritual atmosphere when the whole church declares that together. As a songwriter, I love the verses because they are so directive and straight to the point: Rise up! Stand up! Breathe again! Believe again! Absolutely bullet points for the faint
and weary!”

Kwan’s first songs were written for CHC’s Cross album (2005); before that, he was a church editorial staff member.

‘Called Out’ comes from the name of the youth cell group which eventually grew into City Harvest Church, Ekklesia Ministry. “Ekklesia” is Greek for “called out ones”. Drawing from 1 Peter 2:9, “But you are a chosen people, a royal priesthood, a holy nation, God’s special possession, that you may declare the praises of him who called you out of darkness into his wonderful light,” ‘Called Out’ is a song that reminds the church “of our ancient landmark, our original calling and purpose,” says Soh. “The powerful thing about a self-composed song is that our heart and thoughts are written into it. We mean every word we wrote.”
For co-songwriter Caroline Tjen, writing was a way out of depression. “After my mother went to be with the Lord, my fast-paced life resumed. Through experiencing the pain of losing her, encountering unfair treatments in life and seeing the trials our church is going through, I spiralled into depression,” she says. God helped her to release her pain and renew her commitment to love Him through His Word in Psalm 23 and Deuteronomy 31:6, “Be strong and courageous. Do not be afraid or terrified because of them, for the Lord your God goes with you; he will never leave you nor forsake you.” These words inspired her to co-write ‘Till The End Of Time’ with Soh. “This song reminds us that God’s presence will strengthen us and He’s always with us, even in our darkest moments,” says Tjen. “His perfect love never fails to dispel our fears and carry us till the very end. This shall be the
anthem for the ‘end chapter of my life’ when I walk down the ‘runway of Heaven’ into His glorious light.”

Many years ago, Phil Pringle, CHC’s advisory pastor, prophesied over Soh that God would give her an anointing to write songs that even angels would stand in awe to listen to. Since then, she has received words and melodies in her sleep, which she pens when she awakes. Tjen is the songwriter of the popular worship song, ‘Come Holy Spirit’, recorded for CHC’s Cross album.

This rousing praise song flies in the face of hardship and life’s turbulence. The inspiration for the song came when Maximillian Low was praying for the church after coming across negative comments online about the CHC trial. “Philippians 4:4, ‘Rejoice in the Lord always. Again I will say, rejoice!’ came to mind, and the melody of the chorus flowed out naturally,” he recalls, adding that he drew from  the story in the book of Daniel about Shadrach, Meshach and Abednego, who refused to worship King Nebuchadnezzar and were sentenced to death by fiery furnace. Amid the fiery flames, the king saw a fourth man resembling the Son of God with them in the furnace. Ultimately the three men emerged unhurt, not even smelling of smoke.

“The Lord we serve is always with us even during the worst of times,” says Low. “People will see Him in the midst of us too! Choose, decide and commit to rejoice in who He is, who He has been, and who He will be in our lives.”

Low’s love for songwriting developed from essay-writing during his secondary school days.