After four years, Life Church’s worship team churns out another stunning, inspirational hit with its latest praise and worship album, breaking into the UK Top 40 Album chart at #38. “Praise Him, when your heart is breaking
When your strength is almost gone
Sing out your song and praise Him, in the fire and fury
In the dark night of your soul, your God is in control

Your tears will dry, your heart will mend,
Your scars will heal and you will dance again”

Taken from the title track of Life Worship’s latest album, Dance Again, these lyrics testify of the “unchanging, steadfast faithfulness” of God even when there is darkness all around.

With the band’s signature knack for powerful yet simple lyrics and melody, the album has struck a chord with listeners while making history in its own book; in the first week of its release, the album entered the UK Top 40 Album chart at #38, making it the first time ever the church band has appeared on a mainstream music chart.

“Dance Again” is one of 13 tracks recorded live at Life Church Bradford in November 2013. Life Worship is formerly known as ALM:uk.

“We always hope that the songs will connect with people, because that’s why we write songs in the first place—but we also want the songs to reach beyond church walls too, bring hope and a way back to God to people who don’t know him … yet!” says songwriter and worship leader Matt Hooper.

Indeed, it was hope that gave congregation member Amanda Varty her dramatic breakthrough. After nine years of being unable to walk and confined to her bed due to ME (myalgic encephalomyelitis), Varty was singing praises to God at the church accompanied by her husband, Steve when she felt strength enter her body. For the first time in many years, she was able to lift her hands and sit upright. Over time, she was able to walk with the aid of a walking frame. One day, she put her walking frame aside and started dancing. In June last year, she and Steve completed a marathon together. 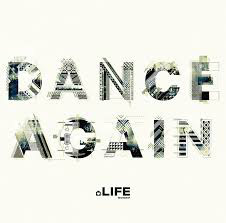 It was this story which prompted the writing of the title track by Hooper. “We knew that if we could help people understand that God is healer and He heals today, then they would be encouraged. Amanda’s remarkable story has brought hope to thousands of people and it’s been a privilege for us to be a part of it,” he says.

“It’s all to God’s glory and hopefully it lets people know that church is alive and well and the Kingdom of God is advancing in the UK!”

The 13-track album comes after the band’s last album release in 2010, Name Above All Names, which also received much acclaim with its catchy, powerful songs of praise and worship.

Hooper says of the team’s song-writing process, “We always think about the Life Church congregation when we approach praise and worship songs. We try and think of the best way to represent a timeless truth or to represent what God is saying through our leadership to the church at that time, and we write from that place.”

Other songwriters on the album include Travis Ryan, Richie Fike, Nick Herbert and Chris Sayburn, who are “great friends that we’ve made over the last few years … like us, they are sold-out local church builders and worship leaders,” says Hooper.

“We’re so grateful for these collaborative relationships and for the time they took to write with us and invest in us as friends. They are each super talented and anointed in their own right. We’re grateful to know them.”

Paul Scanlon: The Most Important Generation In CHC’s...