CHC Trial: The Pop Sensation That Could Have Been

Defense lawyer Edwin Tong strikes down prosecution’s sham investment charges with email documents proving that meticulous deliberations and negotiation were undertaken in bringing the Crossover Project to the United States. No genuine consideration of the viability of promised returns. No recoverability of the principal amounts. Absence of negotiations between bond investor and bond issuer.

These are the allegations made by the prosecution team in the sham investment CBT (criminal breach of trust) charge brought against five of the accused, as read out by lead prosecutor Mavis Chionh on day one of the trial earlier this year in May.

However, in his cross-examination of witness Wahju Hanafi, defense counsel for Kong Hee, Edwin Tong, showed evidence this afternoon that revealed the conservative, realistic approach taken to ensure the commercial viability of promoting Sun Ho in the US market as part of the Crossover Project.

While Hanafi could not recall seeing every spreadsheet Tong produced, the documents showed that meticulous budget projections had, in fact, been made by Kong, Tan Ye Peng, Serina Wee and Justin Herz on the likely sales and performance of Sun Ho’s debut English album prior to the signing of the Xtron bonds in 2007 and 2008.

Taking into consideration Ho’s early success as indicated by five Billboard number one dance hits on the US and four number ones on the UK Music Week charts, it was, by all accounts, a justifiable risk to take—not at all “sham” as the prosecution has alleged.

For the most part of the afternoon, email exchanges between Kong and Herz were shown in court to underscore the deliberations which took place at every step of the way; on Kong’s part, there was recurring concern with regards to the level of risk that would be undertaken in promoting Ho in the US market—how much would the maximum financial commitment of Xtron be? How much of that commitment will be recouped, and by when?

On Herz’s part, with the benefit of his on-the-ground expertise, he gave confident and decisive assessments that whatever investments being made were done so with a reasonable prospect of recovery, even after taking into account Sun Ho’s pregnancy and illness on two separate occasions. 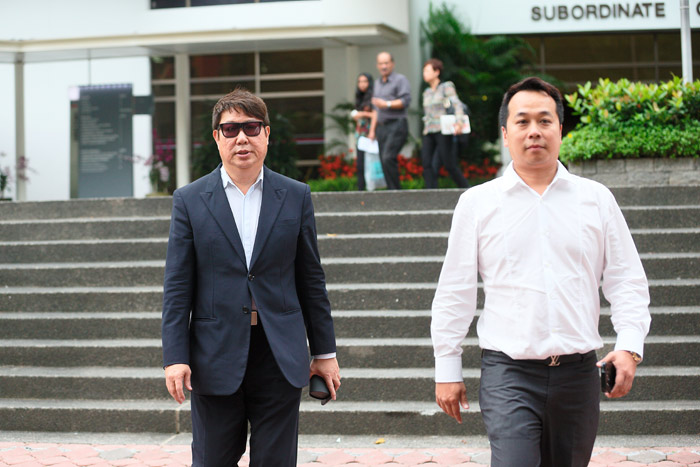 The assessments would then be discussed by Kong with Xtron’s directors in their respective capacities as bond investor and bond issuer, to ensure that Xtron’s interests, especially its finances and expenses towards the Crossover were carefully looked into, budgeted and assessed for recovery purposes—to the extent that legal advice was even sought in a number of media contracts concerning Sun Ho, although Hanafi could not remember which lawyer did so.

On the stand for the seventh day, Hanafi affirmed that he met Herz sometime in 2003 or 2004 to ascertain the latter’s capability in helping Ho achieve breakthrough success in the US.  In fact, Hanafi had, together with Kong, met up with Herz to discuss strategies that would gain maximum traction for Ho—to the extent that Xtron could afford the budget of having renowned producer Wyclef Jean on board, this move tied in with the objective of having her elevated in the secular pop world on a much larger basis.

Contrary to the prosecution’s statement, Hanafi answered in the affirmative, that genuine considerations had indeed been made about the viability of the promised returns as well as the recoverability of costs expended for the Crossover Project.

While he acknowledged that it is normal to have upfront losses for a commercial project and that time is needed for money to be recouped, Hanafi was ultimately confident that had Ho’s album been launched in 2010 as planned, Xtron would have gained back between US$20 to 30 million of its investments.